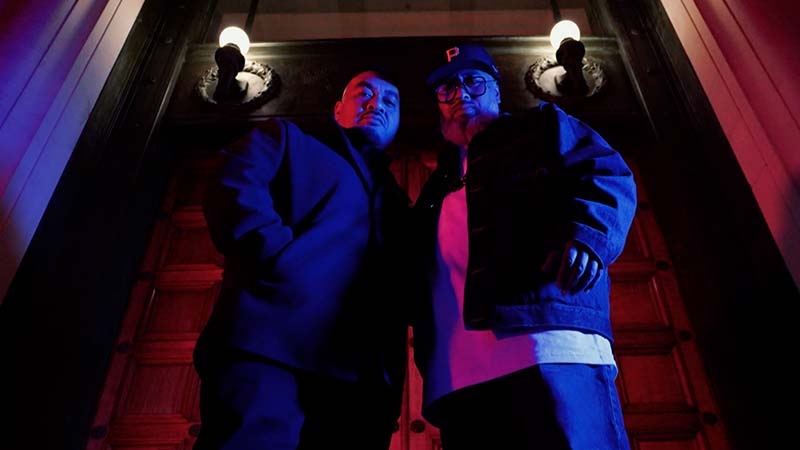 They‘re a dream combination, the artist and music producer who helped to develop that smooth, soulful Pasifika R&B sound of the early 2000s and one of the voices behind the iconic Adeaze.

Now Matakite John Chong Nee and Nainz Tupai  have teamed up to produce a single they hope will capture the heart of a new audience.

Better known as just, Chong Nee, the South Auckland artist and producer says, in the last few years he’s been busy with his band Foundation and working with artists such as Shane Walker and Tone 6.

Now he’s teamed up with Nainz, for a walk down memory lane and the duo admit, a lot’s changed in the music industry from when they started out.

“For me watching all the Pasifika artists these days taking advantage of all the YouTube channels and all these things, it’s quite nice to see them productive and the music, oh man I love the music,” Chong-Nee says.

“I think there’s been an evolution of music growing in New Zealand, generation after generation. We were driven by R&B back in the day. R&B and hip hop is what islanders were mostly listening to, and gospel, as well. These were the three genres that I believe infused a lot of the sounds for Pacific Island artists,” Nainz says.

“I’ll be honest and say not all things are my cup of tea. And there’s some things I say, ah that’s a bit ‘lolly’, that’s a bit cheesy.”

However, Chong-Nee see’s positives. “The upside of things is, with more time, it’s just going to get better; it’s going to get bigger and better I reckon.”

The duo have released a new single, ‘musik’, the producer looking for a voice to give the single its wings.

“It’s definitely something that didn’t feel like it was planned at first,” says Nainz.

“John had actually finished the track and you know. I think he was at that point where something was missing and maybe we should feature someone. You know, I was the lucky guy who got the call up so, sorry to all you other singers out there, he didn’t call you.” says Nainz, grinning.

“What I really wanted to do is reflect on the years and just bring it into the forefront and make people understand that it is a big deal to us,“ Chong Nee says.

“So, it’s a beautiful thing just to push that out because we can’t really talk about girls anymore, we’re not 17,”  as both musicians burst into laughter.

“I’m just blessed to be part of this track alongside my brother right here; look forward to the rest of New Zealand to listen to the track.”