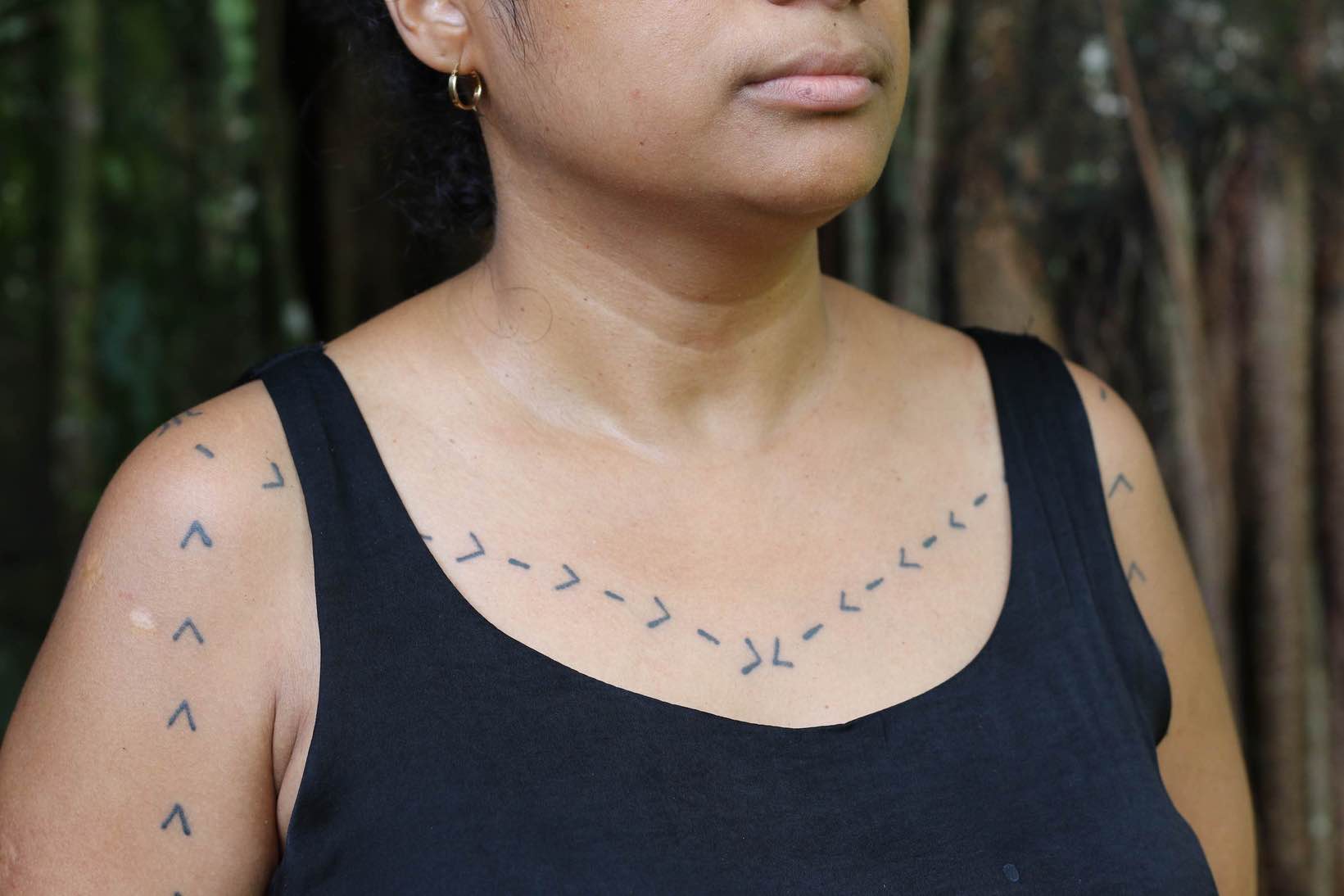 Located at The Physics Room, it features research and findings from a collective of Fijian artists and researchers under the name of The Veiqia Project.

Tora is a Fijian interdisciplinary artist, writer, and filmmaker who specialises in indigenous, queer and feminist themes. She joined The Veiqia Project in 2015 and travelled with the group to Yaro Village on Kia Island in 2018 to further their investigation.

“The exhibition highlights the journey each artist took to learn more about veiqia, our traditional tattoo practice that was part of a rite of passage for young girls when they reached puberty,” Tora says. “It’s about the project and our findings, centred around our talanoa [dialogue] with the elders of the Yaro village on Kia Island.”

As part of their research, the members spoke to elders in Yaro, Northern Fiji, who shared memories of grandmothers who were marked with the Fijian tattoo design called weniqia (pronounced weh-nee-ngear). They also visited the village cave (qara ni veiqia) where Yaro women and girls received their markings.

Veiqia is a tattoo tradition carried out to mark a young woman’s journey of adolescence. The latest record of veiqia is dated back to the 1920s and 1930s, but the practice was banned under British colonial rule when many Chiefs converted to Methodist Christianity.

Tora says the collective’s work and their meetings with Fijian women have sparked a revival of interest and connection with veiqia. In fact, many younger women have started receiving their veiqia for the first time in 100 years.

Tora has hand-tapped weniqia herself, and she received her markings from fellow Veiqia Project member Julia Mage’au Gray. Other members of The Veiqia Project also have the traditional style of the tattoo.

As part of her three-month residency at the University of Canterbury Macmillan Brown Centre for Pacific Studies, Tora plans to edit a documentary film about the project, which features interviews with Yaro elders. The film is a way to capture maternal knowledge held by village elders and preserve Fijian oral history.

“The Veiqia Project film will undertake the important decolonising work of recording and prioritising the voices of Fijian women discussing our indigenous female tattoo traditions. This film will be a gift to Fijians and indigenous storytelling everywhere, now and in the future,” she says.

Through her residency, Tora aims to encourage more Pacific communities, particularly Fijian postgraduate students, to gain an insight into the process of research and filmmaking.

This exhibition is a result of the ongoing partnership between The Physics Room and the University of Canterbury Macmillan Brown Centre for Pacific Studies to present work and research produced during the residency.