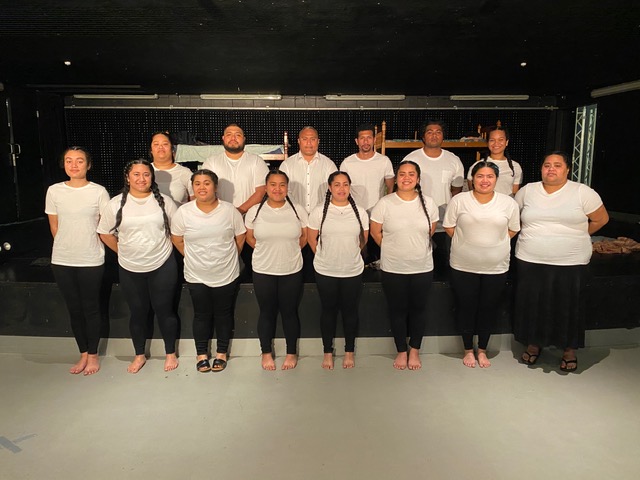 It has been 20 years since the tragic dormitory fire at Motufoua Secondary School in Tuvalu that took the lives of 18 schoolgirls and their matron. Now a new play on this weekend in Auckland will recount their story.

The name of the play, Tinogafulu mo Tokoiva, means ‘The Nineteen’, representing the 19 lives lost.

“The play is based on a true event that happened in Tuvalu in 2000. We are now showing a bit of what happened that night according to a survivor’s story,” says Writer/Director Sonaalofa Eliesa.

The girls were aged between 14 and 17 and the matron was in her early 40s. The electrical fire, which rapidly spread throughout the girls’ locked dormitory, was believed to have been started by a candle used by one of the students to study after lights-out.

The 18 schoolgirls who perished could not escape due to a school policy which meant their dormitory was locked at night. The matron died while trying to help the girls battle the flames. A further 18 schoolgirls managed to escape, reportedly after two of the survivors kicked down the dormitory’s second door.

Sonaalofa says she wrote the play to “honour the beautiful girls who lost their lives in our beloved Tuvalu. I wanted them to be remembered and never forgotten.  They’re a part of our history and the tragic events and the lives of the 18 girls and their matron  are very important to us, our people, our Tuvalu.”

Sonaalofa says she has memories of visiting older cousins at the Motufoua High school and losing her own childhood friend in the fire, as well as seeing the aftermath of the tragedy.

“Telling the story wasn’t easy.  The story is raw, it’s sensitive, it’s heartbreaking, but we needed to do what we thought would help our people find peace,” she says.

“When we interviewed one of the survivors, she said in her words, ‘Se mea e taua, Se mea foki e tau o faipatigina kiei a tino’ – It’s something that should be spoken about; it helps us heal.”

“It may be a sad story, but we want to share the bravery and courage of these young ladies. We’re not only honouring the lives of those lost but paying respect to their families as well as the 18 girls that made it out of the fire. We celebrate their lives together. At the end of the show, we still wanna have a little dance and give glory to the Lord for the plans He has for us individuals.”

The play has an all Tuvalu cast, is all in Tuvaluan language and also includes Tuvalu dance or fatele in the storytelling.

Tuvaluan sponsors are backing the show, including Vinson Schuster and business partner Niko Kilo from EP Entertainment as well as Producer Selai Schuster.

Tickets are still available through the play’s Facebook page.