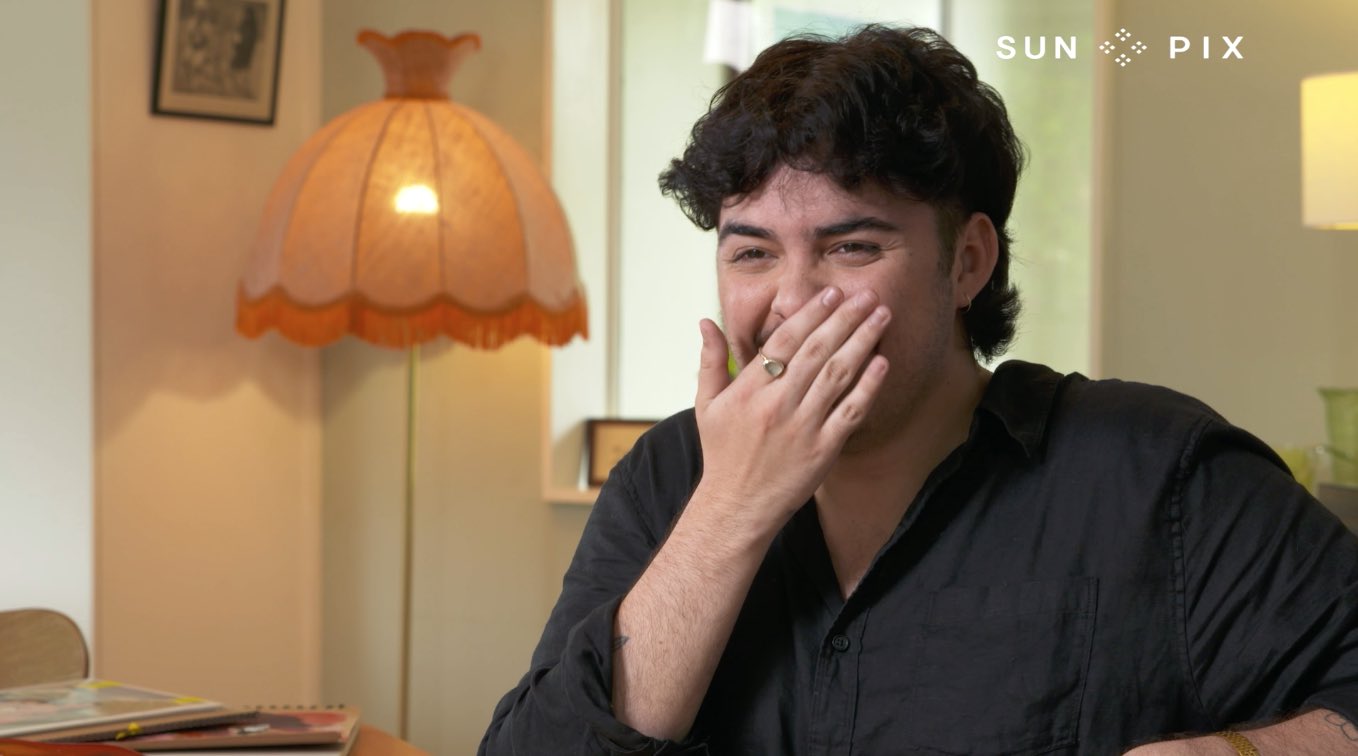 Tongan artist Luca Walton shares his story about the strong Pacific women in his life and how it is translated through his art.

At 21-years-old, Luca Walton remembers his childhood growing up in the islands with fondness.

“I was born in Fiji to a Tongan mother and Palagi ex-pat father, and I’m from a little neighbourhood called Mata’ika, and it’s on a little lagoon.

“That was the best upbringing. I had a house on the lagoon, and I used to go kayaking with my cousins and swimming,” he says.

Luca moved to New Zealand when he was 10 years old. However, it took a bit of time for him to adapt from the relaxed island life back in Tonga.

“It was so strange because of the [change in] pacing. Island life is so slow. It’s just so relaxed and laid back. I can still hear the shuffling of the jandals on the gravel roads… As soon as I came over here, I was taking 40-minute buses every morning into the city to go to school,” he says  .

Though the lifestyle was different, his love for art remained the same.

“I really feel like it’s just been from birth. People just knew… Christmas, birthdays, sketch pads and a box of crayons… I had a big art supply by the time I was like 10,” he says.

Inspired by the strong women in his life, Luca felt drawn to expressing that within his art.

“First of all, my mum is a beautiful Tongan woman. She’s always been really glamorous, and I remember growing up in Tonga; I used to watch her before she’d go to town. She’d put on her necklaces and bangles… I don’t know, just watching her rituals was really inspirational and kind of burned that mental image into my brain.”

“My sisters [too]. One’s from Kiribati, one’s from Solomon Islands and one’s from Samoa. They’re all my half-sisters. They’re all very beautiful too. So I’ve been able to see the different places in the Pacific, like what kind of beauty comes from there too — traditional attire and stuff like that. Just all-around Pasifika women, they’re my main inspiration,” he says.

As well as it being a form of expression, Luca also uses his works as a way to ground himself.

“It’s like therapy for me, you know. Like the art that you see that like I’m selling, or just in the public sphere, that isn’t always necessarily how I’m feeling… I make other art for myself,” he says.

“Like if I’m having a really bad day it can be covered in blue… It’s just a pure outlet for me, because it’s mine.”

Luca hopes to empower his people through his work and wants to continue creating pieces that will uplift his people.

“I just hope they see themselves in it. That’s been one of the main drives for me, is I get so many messages from Pasifika women just being like, ‘Oh my gosh, the way this looks like me and my sister’ or ‘This looks like my mum!’ That’s been really beautiful and really rewarding for me.”

“I’m just really happy to create the representation that I feel I want to see out there as well.”