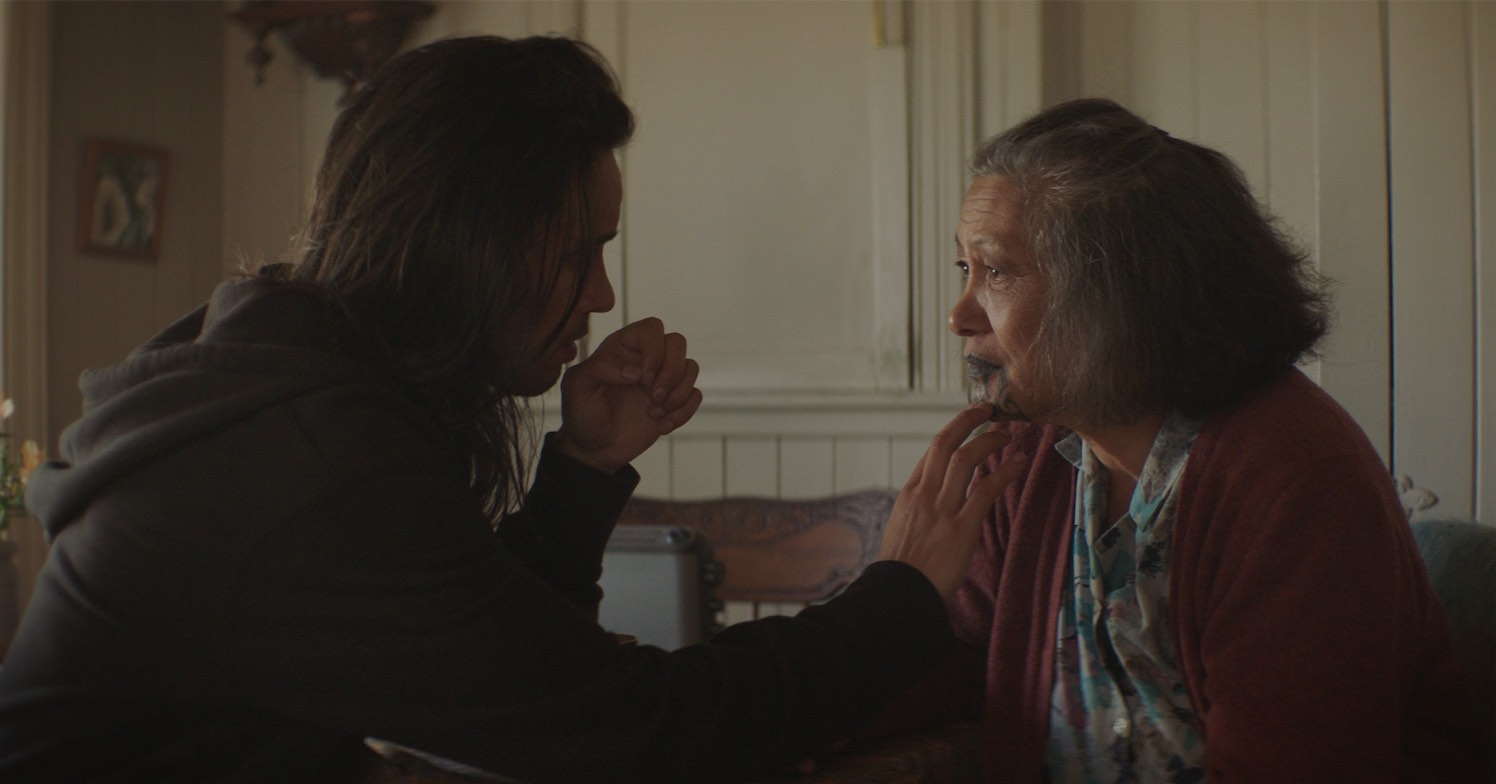 Methamphetamine use is at a problem of epidemic proportions, tearing Māori and Pacific families apart.

For award-winning journalist and playwright Aroha Awarau, New Zealand’s meth problem is one he started to see both personally and professionally.

“As a journalist for the last 20 years, I noticed that we were doing more and more stories on this epidemic,” he remembers.

“I was going into homes of different people affected by P-addicts, family members… A school friend of mine actually was murdered in Australia. It was a P-induced situation as well.”

Awarau had also seen family members ravaged by the drug on both sides of his whānau; some had recovered, while for others, it was a continuous struggle.

It inspired the Māori/Niuean/Samoan to do his own research into the problem. The result is his short film Disrupt, about a Kuia (grandmother) who refuses to give up on her troubled, P-addicted grandson.

Disrupt is set in within the Kuia’s home, a “very deliberate” choice made by Awarau.

“This addiction, that’s the most impact it has, is within the intimate setting, the sanctuary, of the home of the grandmother.”

“I find a lot of films or narratives surrounding drugs, P in particular, are quite glamorised. So they’re set in the gang world or on the streets. And what I had seen is that this problem is actually closer to home for most people.”

The film’s matriarch, played by Kararaina Rangihau, was an important character for Awarau’s piece. Despite her family’s protestations, the Kuia is unwilling to give up on her moko — something he feels his late mother would’ve also done.

“I know in some situations in whānau that the behaviour around addiction, especially around meth, has caused families to walk away because of the pain and the suffering.”

“I’ve done stories and I’ve seen stories on the news about Māori families, Pasifika families who have done that.”

“When it comes to making short films, it’s always a hard road here in Aotearoa, and it’s always driven by the passion to want to tell the story,” Awarau explains.

“People believed in the project, otherwise they would not support it or come on board.”

“I know everyone came on board because they wanted to see the story told. A lot of people had a personal experience with meth addiction within their own circle of whānau, circle of friends. And they knew how important the story was to tell him what the message we’re trying to portray.”

While the film doesn’t offer a solution to this issue, it was more important for Awarau’s portrayal of drug addiction to mirror real life.

“The fact of the matter is it’s the reality within our community. It’s growing within our specific community as well,” Awarau emphasises.

“It’s a drug that doesn’t have any prejudiced, you know; it’s a fix for all cultures, all socio-economic levels, all different types of families.”

“It doesn’t have a happy ending, or it has an open ending. I won’t give it away, but that was quite deliberate on my front, because in life it’s not easily solved.

“What I wanted to show in this film is show what impact it has on a family, the different degrees of how whānau reacts to someone who is addicted to P. So you’ve got a Kuia that will give up no matter what.”