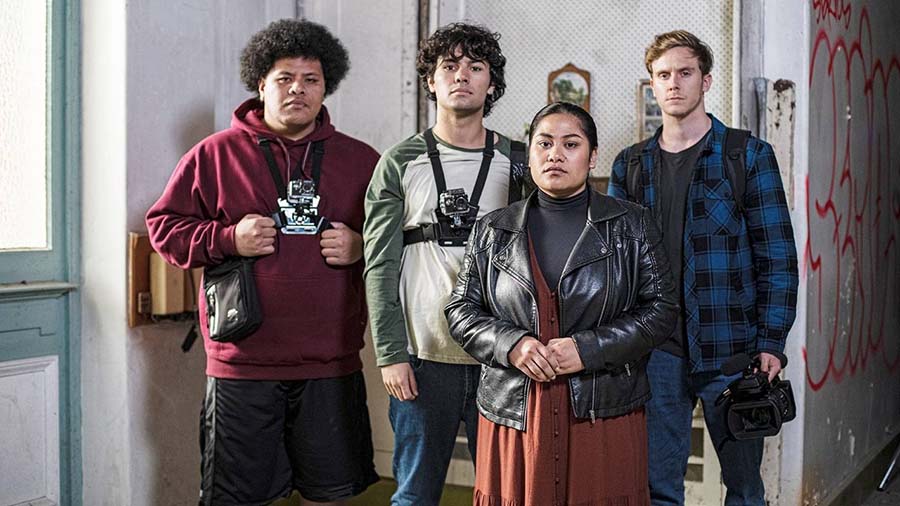 It’s a Pacific film inspired by a bible verse and made by a couple of good mates.

“Me and Will have been working in the industry for quite some time; probably close to a decade now. We’ve always crossed paths early in the TV industry here in New Zealand,” says director Danny Aumua, about his writing partner and producer Wilhem Voigt.

“He just finished producing 3 Wise Cousins and I was working on some other stuff and it was just the conversations that we had there that led to this project.”

It was those conversations that spurred the creation of 26:29.

For his part, Voigt says: “Dan came up with the title, because 26:29 is the scripture.

“It was quite a visual verse and it had something to do with cannibalism and parents eating the flesh of their children and stuff like that so, we were like, ‘ooh, there’s something around this that we could work around.’”

The duo came up with a story about a group of vloggers investigating an abandoned Samoan church with a mysterious past. It is told in the ‘found footage’ film style and both the subject matter and genre posed problems for the filmmakers, after all they were fusing Pacific culture and religion into a horror film.

“We were very careful with how we treated the story and we had to be because that’s our culture, but if we could kind of excuse that, the real kind of meaning of the story and the involvement of the church was just, the abuse of power. That’s all it was,” says Aumua.

The duo may have been challenging cultural and religious tropes in their film but on-set, Aumua says it was very much the opposite.

“We had advisors from 2 different Samoan congregations and we had Maori wardens as well so we were very aware of the spiritual nature of what we were doing,” he says.

The film has been a great opportunity for the pair to showcase their creative talent and they hope that it provokes thought and inspires future generations of storytellers.

“We hope things like this will enable us indigenous people to tell more stories and have more airtime on prime time tv slots… …and that it encourages more film makers to come out and do things,” says Will.

“Some of us are held down because of fears or maybe lack of opportunity (and) don’t know where to look, but things like this kind of enables that.”