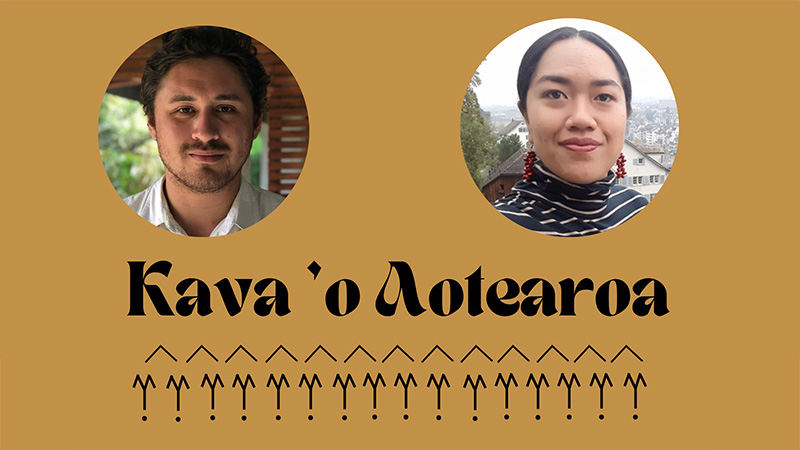 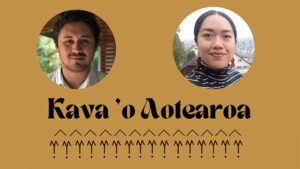 Kava ‘o Aotearoa consists of a diverse Maori and Pasifika production, directed by Josh Baker and produced by Maria Tanner.

Both of Cook Island Heritage, Josh and Maria were selected as one of the six Someday Stories slated for 2022, making it the only Pacific story to be selected.

“For us being both Kuki Airani, we were able to connect on a cultural level that doesn’t need explanation when you’re already brown.” says Maria.

“We already had an understanding of cultural practices already ingrained in us.”

Maria’s role as the Producer for the short-documentary brought Director Josh’s reverence for the material to fruition.

“Josh employs a storytelling technique that is shared most commonly among Kuki’s when telling stories, very visual and clear vision.

Josh has a vision and my job is to bring the great discourse of Kava ‘o Aotearoa to the screen,” says Maria.

Kava ‘o Aotearoa is a collective of Pasifika cultural guardians reactivating and reimagining the tikanga around the ancient Tu’i Tonga kava ceremony.

Adapting those traditions in the Kava ceremony to incorporate the mindful respect and recognition of its practice here in Aotearoa.

“In doing so we honour Tangata Whenua and acknowledge their ancestry with Tangata Moana.” Josh shared.

“It was an honour shedding light on the talanoa aspect, in knowing so long as Kava is being performed here in Aotearoa, we must pay our respects to the hosts of the land.”

Kava ‘o Aotearoa aims to capture the history, Pasifika and Maori share with one another, the distinction and acknowledgments of Tangata Whenua as being the true custodians of Aotearoa.

Kava ‘o Aotearoa will be released online later in August.