HomeArts & MusicMUSIC WRAP: the latest tracks from our Pasifika artists. 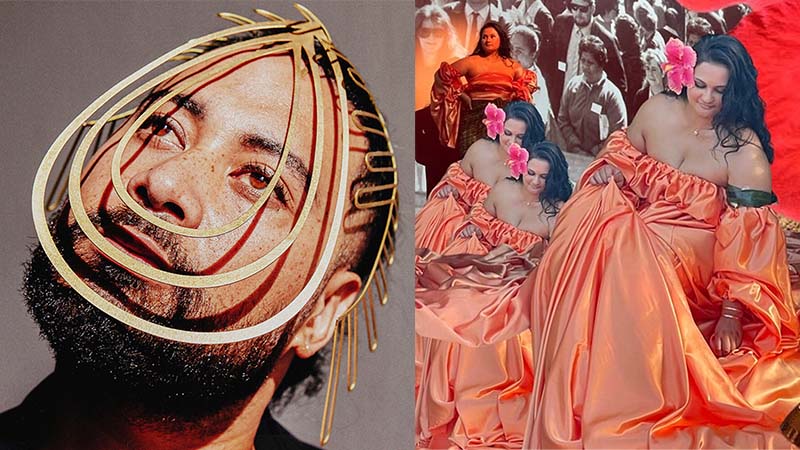 Jordyn With A Why – Brown Melodies

It’s only her second single, but social media influencer and singer Jordyn With A Why has already exhibited a musical prowess that’ll likely keep her in the hearts and minds of R&B aficionados.

With a warm and buttery voice that is both effortless and soothing, Jordyn’s vocals compliment the quiet power and mastery of her song-writing.

Brown Melodies debuted at #18 on the Hot NZ Singles list and is a “celebration of our stories, our identity and our beauty,” says Jordyn.

“It’s about our lands and seas and really just a reminder of our collective greatness.”

The song’s release was accompanied by a vibrant music video filmed by her brother, “the music video holds so much meaning,” she says.

“The process of making it, with just my family – my brother behind the camera, really figuring it out together was really special.

“We also got to honour my Nana who recently passed in a beautiful way – she’s woven throughout the entire visual which makes it so meaningful to me.”

With the release of his sophomore album ‘it takes a village,’ Noah Slee’s final track on the album has garnered much praise online for its vibrant and soulful sound.

Speaking to Atwood Magazine about the song GOLDEN, Slee says “this song is about breakthroughs.”

“About when you unlock something in your mind that has been hindering your soul and in that moment you feel GOLDEN!”

‘it takes a village’ is an album that deserves a thorough listen to, a potent musical journey where Slee explores the highs and lows of finally finding yourself.

And when you finally reach the end of the album, GOLDEN is the “chef’s kiss”, a liberating and beautifully written single, aptly placed at the end.

Formerly known as Le ART, Anastasia, Rosetta and Tiresa have been re-christened A.R.T and have been keeping plenty busy.

The trio auditioned for Popstars NZ last year, becoming the only group to make it to the Final 12.

This year they released their first single Runner Up, a fun and upbeat pop track about the trials and tribulations of being someone’s second choice.

It’s a fun departure from their usual musical fare, but Runner Up still features their signature harmonies, youthful charm and powerhouse vocals.

Their song also debuted on the Hot NZ Singles this week at #17.

With his slick R&B tones and smooth vocals, Mikey Mayz has become one of NZ’s best voices in the genre.

But his latest track Real Love is a slight departure from his usual musical sensibilities, opting instead to explore a reggae feel and sound.

This choice could either be due to genre experimentation, or the addition of former Tomorrow People lead singer Hamo Dell who lends her silky vocals to mix.

No stranger to couple’s anthems, Mayz and Dell offer another track for the lovers out there,   exploring the joys and struggles of finding your ‘meant to be’.

He’s the man who never seems to miss with his quirky mixes of contemporary beats and old school classic jams.

And TikTok superstar DJ NOIZ has done it yet again. Pairing up with Mikey Mayz, the duo recently released a cover of the Shania Twain classic Still the One.

It’s gained a heavy amount of play online and on air, debuting at #11 on the Hot NZ Singles charts.

With Mikey Mayz lending his effortless vocals to the track, DJ NOIZ does what he does best, contemporising golden oldies for the next generation of music lovers.