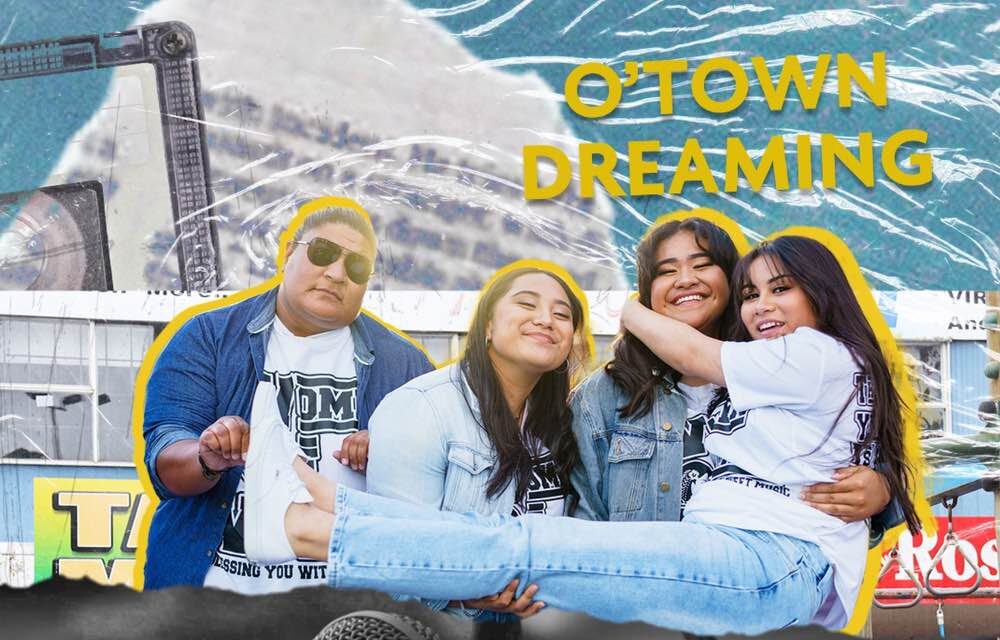 A new docuseries following the journey of talented youth from Ōtara in Auckland is now streaming on TVNZ OnDemand.

O’Town Dreaming features Ōtara youth telling their stories and living their dreams through the life changing principles of music.

Series narrator and Samoan hip-hop creative Jessie Gibson says, “forget what you think you know about Ōtara’s youth. Telling our own stories, we represent a part of Ōtara’s next generation of musicians and we want to bring you along with us on our journey.”

The 8 part series introduces new faces and voices from a proud community. The promising young people use music as their outlet to express themselves. They have endured challenges and overcome barriers to share their talents and realise their potential. O’Town Dreaming celebrates this spirit.

Ōtara has come out to represent in O’Town Dreaming and takes you into the heart of Ōtara, getting up close and personal with their youth.

And for this small band growing up in Ōtara is more than just home to them, but a community and their family.

The talented members of the band Psalm 33, Liviahn Siumaka, Rebekah Faumuina, Daniel Simeki, Piukala Vea, Antonio Gibson and Tevita Finau, are looking to make a difference in their community.

The band is redefining the harmful stereotypes about the neighbourhood and bringing into light the hidden creative and talented side to Ōtara that is often overlooked and underappreciated.

Those helping to make that positive impact are the Church boiiz. A hip-hop rap duo, Karl Tusinsi-rex and Vinny Niutama.

“Vinny teaches practical musicality, while Karl, with more than 20 years of youth work experience, is in control of the spiritual and emotional aspect of creating art.” Karls says.

They’ve taken Psalm 33 under their wings, preparing them for a live community concert.

Vinny says they chose to showcase their young dreamers and to celebrate and inspire, highlighting youth, especially in a good light since this is often overlooked. He adds that Ōtara has been given such a bad rap in the past, and they want to show that hidden side of Ōtara.

Karl spoke of the importance of repping their hood.

“When we present ourselves on the platform, we keep in mind that we stand not for ourselves but for those who didn’t make it.”

“The series is a great chance to show another side. Watching this show, young people are given the chance on the small screen to see themselves.The opportunity to represent my island, to represent my community; to represent Ōtara”, says Vinny.