HomeArts & MusicPacifica the Musical to hit the stage in August 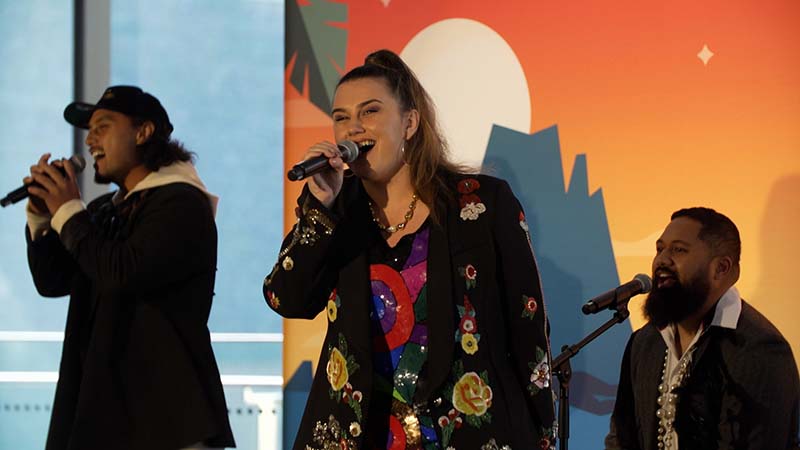 Imagine some of your favourite songs from Aotearoa, by Pasifika, Māori and Pālagi artists showcased in a musical, telling a beautiful love story!

Well, that’s about to happen.

‘Pacifica the Musical’ is in production and from August this year, you’ll be able to watch this show at The Civic, on-stage, in Auckland.

Written and produced by entertainment industry veteran Pak Peacocke, he’s toured with some of the world’s greatest like U2 and Elton John.

“This started for me in the early 80s on tour, that comparison you have when you go from your home to another culture you get really immersed in it, so it’s been a long journey from there to the year 2000 and deciding that a musical was a really good vehicle to share the things from this place.” Says Peacocke.

And Pak’s bringing on board Samoan musician legend Jacob Nansen who’s adding his flair to the musical.

“I just felt like I needed to be part of it you know; just sitting there listening to the songs, and just hearing the story again, properly. And he’s walking you through the show and it’s just like, man you’re already, you’re adding your creativeness to it,” says Nansen.

“Any time I get to work with Jakes we create magic, we’ve created magic on many different stages and this one is going to be no different.  There’s a massive tone shift when you have Pacific on stage and behind stage because we know that we can be Pacific unfiltered.” 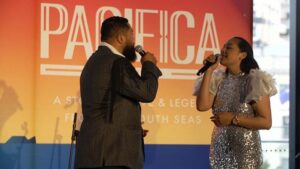 Pak’s wife is Tongan Eithne Curran, who is putting her sparkle and shine in the costume department.

“My role in this music production is costume designer. We’re going back 300 years so pre-colonisation and were coming into 2022. So there will be lots of bright colour; something more extravagant than I’ve done before.” Says Curran

The musical is promising to have you laughing, singing and crying while bringing the magical sound of the Pacific to the stage.

Nansen says: “Expect a lot of heart-pulling moments, that hope and love and unity as well, that’s the main message of this really.”