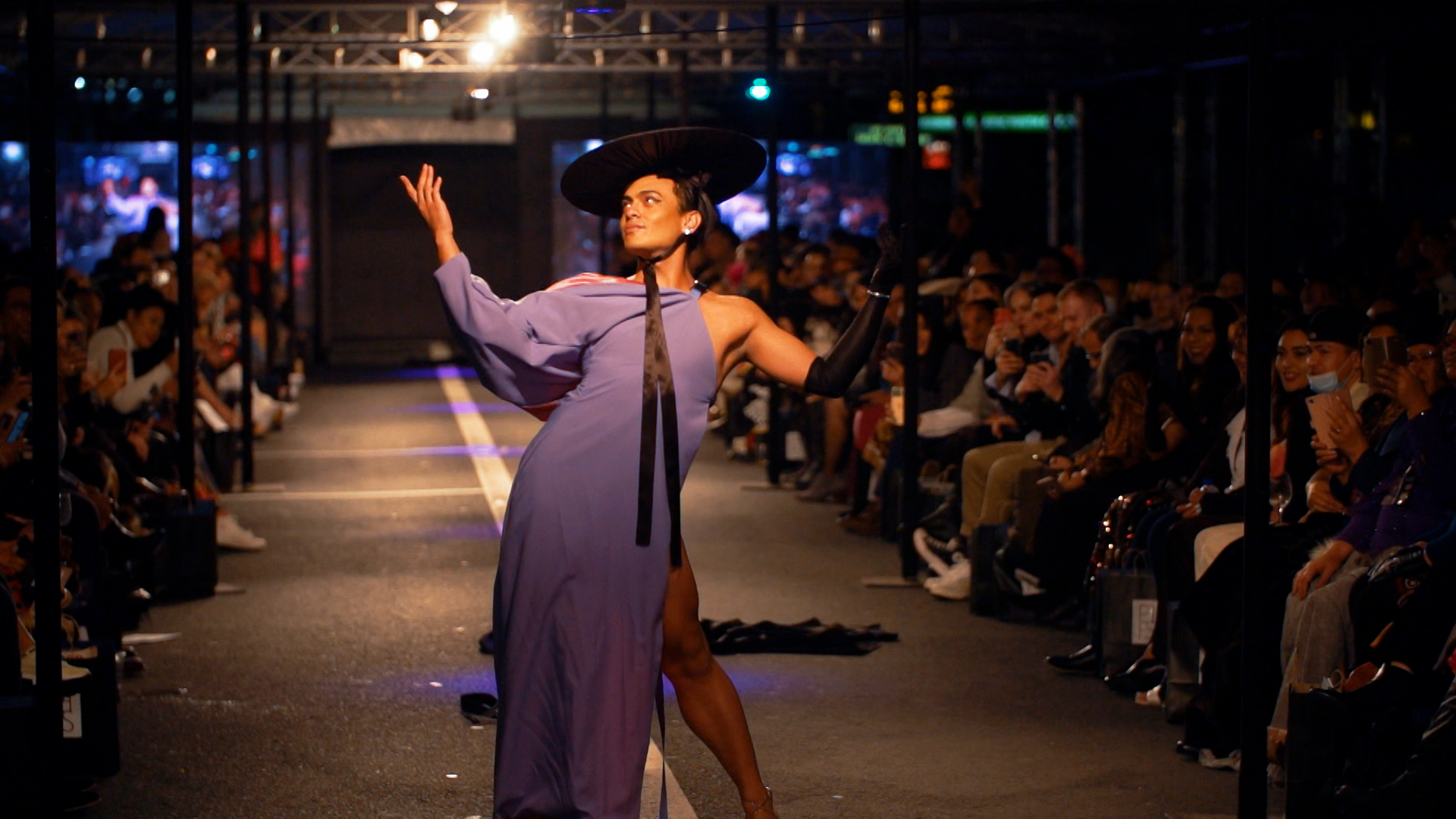 Well-known for showcasing the best of Polynesian Design, the 2022 Pacific Fusion Fashion Show brought all things colour, culture and couture to the runway this year.

After two years of postponements, Founder Nora Swann was overjoyed to have the highly anticipated event finally happen.

“A lot of hard work has been put into tonight, so we are really excited to be celebrating our designers and Pacific fashion,” she says.

“[We’ve] got Samoan, we’ve got Tongan, we’ve got our first ever Rotuman designer which is really exciting – a really nice mix from everyday wear to hood couture.”


This year’s event location made its own statement with Saint Georges Road in Old Papatoetoe being turned into a runway.

“South Auckland is home to the majority of our people, and I feel like [we’re] bringing it back to a place where a lot of these designers have come from – we’re bringing it back to the community that helped raise them and having a platform like Pacific Fusion is so important,” says Sammy.

Seven out of the nine Pasifika designers were new to the show this year. Among them was Niuean and Whitecliffe Design School student, Lipo, who got to close the show on his debut.

“Oddly enough I feel really calm. I don’t know if it’s the calm before the storm, but whatever it is, I’m just trying to enjoy the moment,” he says

“My collection is a small introduction to who I am as Lipo and the designer I am still becoming.”

Also showcasing her work for the first time was Susana Tasi who was passionate about bringing her own flair to the runway at a later stage in her life.


“I’m one of the mature designers on here and I’ve waited for 30 years to do this and now is the right time. Don’t hold back, just go for gold. God’s timing is perfect,” she says.


A more familiar face to the industry is John Tanuvasa with OHN Clothing; A line inspired specifically for Pacific men.

“I’m wanting to create a conversation about Polynesian men and about encouraging this thing called self-confidence,” John says.

“And one of the the new, interesting realms that I discovered was sexual confidence and really encouraging Polynesian men to say, ‘you look sexy – you are enough.’”

Portraying new perspectives on Pacific Fashion was a common theme throughout the night and highlighted how the fashion show is helping to break the mold for our Pacific Designers. Sammy Salsa spoke about the importance of that.

“I love our traditional ways of materials, textures, fabrications [and] what our ancestors have taught us but I think there’s also room for us to progress and evolve as new-age designers,” says Sammy.

“Being a pacific designer doesn’t necessarily mean that you need to incorporate Pacific motifs or textures or fabrics or ways of creation into your collection – you’re Pacific enough as a human, as a person, as a designer.”

“So many times you mention the word Polynesian and there are a only a couple of things that come to mind; lava lava, you know, all of that kind of mentality that kind of attitude,” he says.

“So I just want to show that yes, I am hard Polynesian but I can do what everyone else is doing just as well.”

After the success of this year’s show, Swann is determined to get started on next year’s show

“We’re all about uplifting our Pacific fashion designers so just wait to see what we do next year. We have to beat this, and I look forward to putting that together with my team.”

High rates of sudden infant deaths among Pasifika under the spotlight