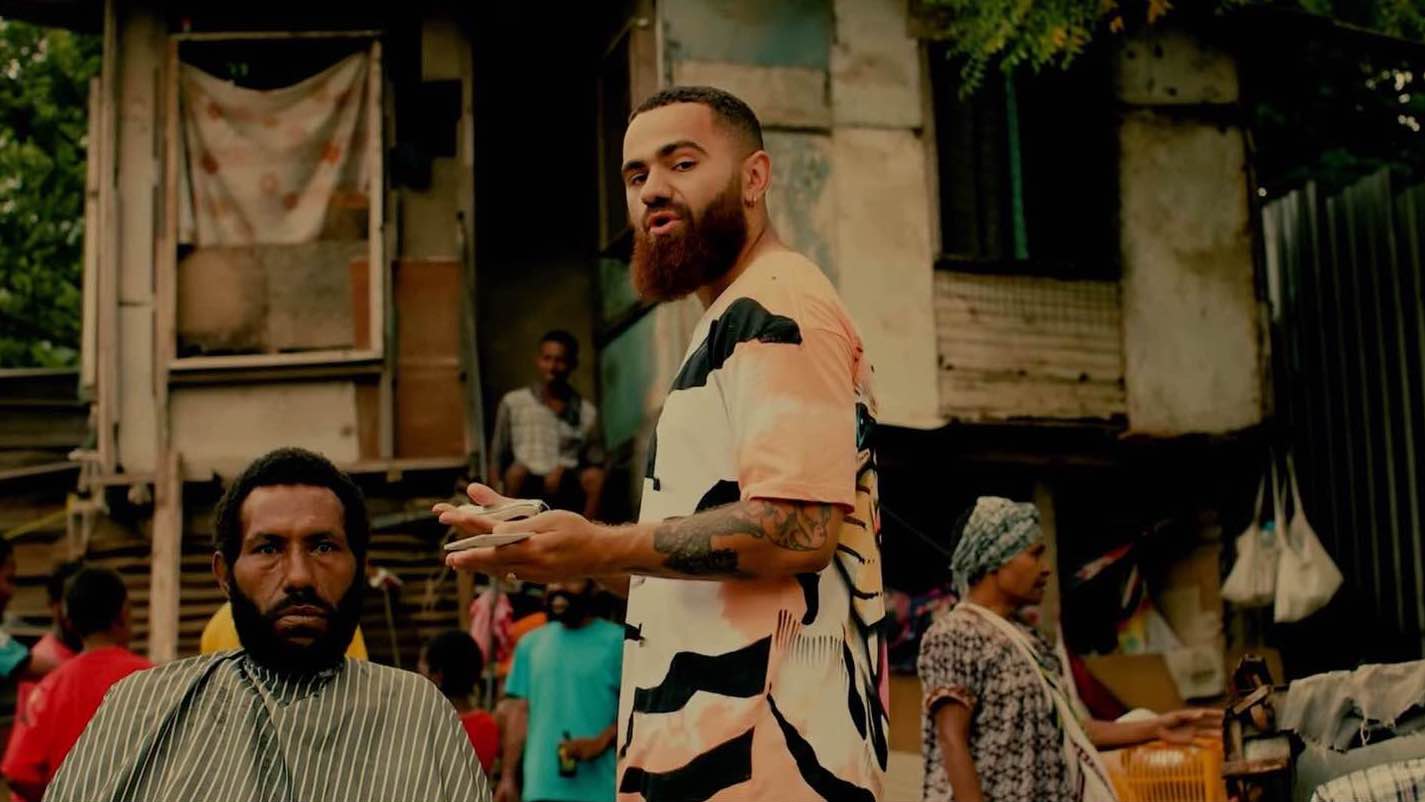 As the Pacific Music Awards 2021 ceremony looms closer, we catch up with some of this year’s nominees. It’s a PMAs first for Papua New Guinea rapper Vallé, who achieved international acclaim with his single ‘Trip Advisor’. The song was featured on Apple Beats 1 Radio show and was highly praised by American radio host, Ebro Darden. Keep a lookout for Vallé’s upcoming EP set to release on November 26.

Containing imagery of authentic Papua New Guinean life, Trip Advisor was filmed in the settlements of Port Moresby, Morata 2 and features much of PNG culture.

The music video has earned him a spot as a finalist for Best Pacific Music Video in the Pacific Music Awards 2021. Vallé is also nominated alongside rapper Kings and singer/songwriter Tree.

“[I feel] honoured. They are both amazing,” Vallé says.

Born as Tali Enjalas Jenkinson, Vallé is from the Wabag, Enga province of PNG. At 8-months-old, Vallé came to New Zealand to receive treatment for malaria and rickets.

Starting his musical journey as a child, Vallé’s father and his grandmother played a big part in influencing him to pursue music.

“My father’s mother was hugely involved in raising me, and she always played the piano in the house growing up. Dad also listened to music every spare moment he could, and naturally that influenced me,” he says.

Since the release of his debut single Love Me in 2018, Vallé has been honing his craft, drawing inspiration from his life experiences and sharing his culture.

Returning to his homeland in 2019 saw the birth of his PMA award-nominated single Trip Advisor, which was released last year.

“The song is about life in PNG through my lens, my family’s lens,” Vallé says.

“Firstly, it is a celebration of my reconnecting with my family back home and what that meant for me and for them. Secondly, it is an insight into life in the settlements of Port Moresby, Morata 2 — the roughest place in Moresby.”

“The core characters that you see are all family — immediate and then slightly extended family. In the different settings, it’s just whoever’s there at the time,” Vallé says.

“Representing my culture was very important. I did that broadly in the breakdown scene where we do our traditional ‘sing sing’ and dance in our traditional Engan bilas. That section connects all Engans heavily to the piece, whilst the rest is all shot in Morata 2, settlement life.”

If he wins the PMA’s Best Pacific Music Video, Vallé says he’ll look forward to sharing the news with family back in the islands the most.

“It [will mean] so much if we win. I can’t wait to tell Grandma back home in PNG.”