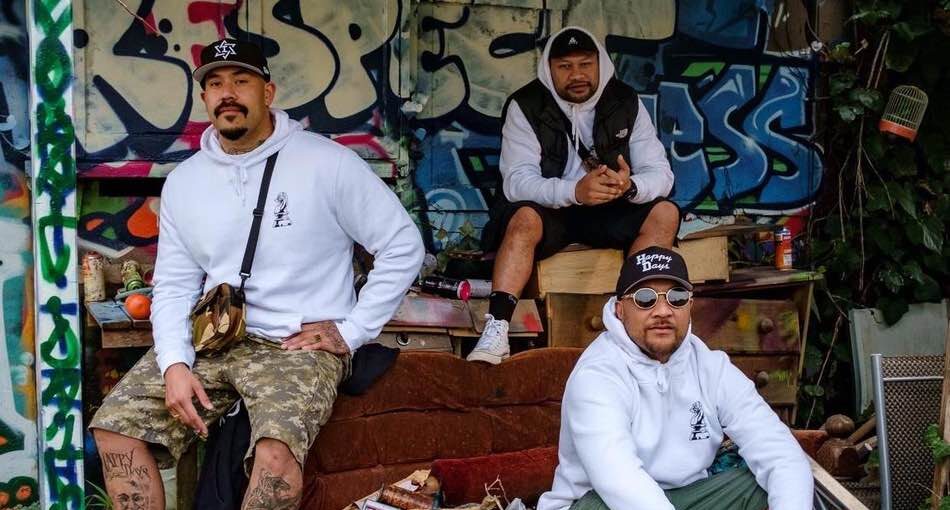 As the Pacific Music Awards 2021 ceremony looms closer, we catch up with some of this year’s nominees. Tamaki Makaurau’s rap trio Team Dynamite are back in the music scene after their 2014 album Shepherds Delight and 2015 album Never Again. The second single from their 2021 album Respect the Process, Dragon Fruit, has garnered them two finalist spots for Flava Best Pacific Group and APRA Best Pacific Song.

After years away from making music as a trio, Team Dynamite made an explosive return with their latest project Respect the Process.

One might assume that a break that long might cause a few setbacks, however the boys prove they’re just as tight as before but “just a bit busier with [their] lives”.

“[Tony Teez and Lucky Lance] sit in the studio. I find the sample, put the beats together, then they just rap over it, and we move on.”

Team Dynamite was officially formed in the late 2000s to fulfil one common goal.

“We wanted to pursue our dreams of becoming established artists/musicians,” MC Lucky Lance says. “It all started when school finished and all three of us decided we didn’t want to work regular jobs.”

The trio went on to gain critical acclaim in 2014 with Shepherd’s Delight, earning multiple nominations and winning best video for ‘Coconut Lime’ at the 2015 Pacific Music Awards. Their latest project, Respect the Process, was sold out within a week of release and peaked at number 1 on the NZ charts and number 2 overall.

“We were trying to find something that would reflect the beautiful struggle of life,” Lucky Lance says. “The fact that life is always going to throw challenges at you. But it’s how you handle those challenges with grace and find the silver lining that is the real fruit, and we are the dragons.”

“When times get tough, we can always go back into nature and reconnect with the land and know that we are loved. Our family and friends are what also keep us grounded.”

Despite the pandemic, Team Dynamite have found more inspiration from living under unprecedented times than before.

“All the separation and fear surrounding [Covid] motivates us more to spread the love and create art that brings people together,” Lucky Lance says.

“You can expect big things. We’re not hanging up the gloves anytime soon.”

The 2021 Pacific Music Awards will broadcast here on TP+ at 7pm on Saturday 11 December.

Semi-finalists for New Zealander of the Year Awards announced