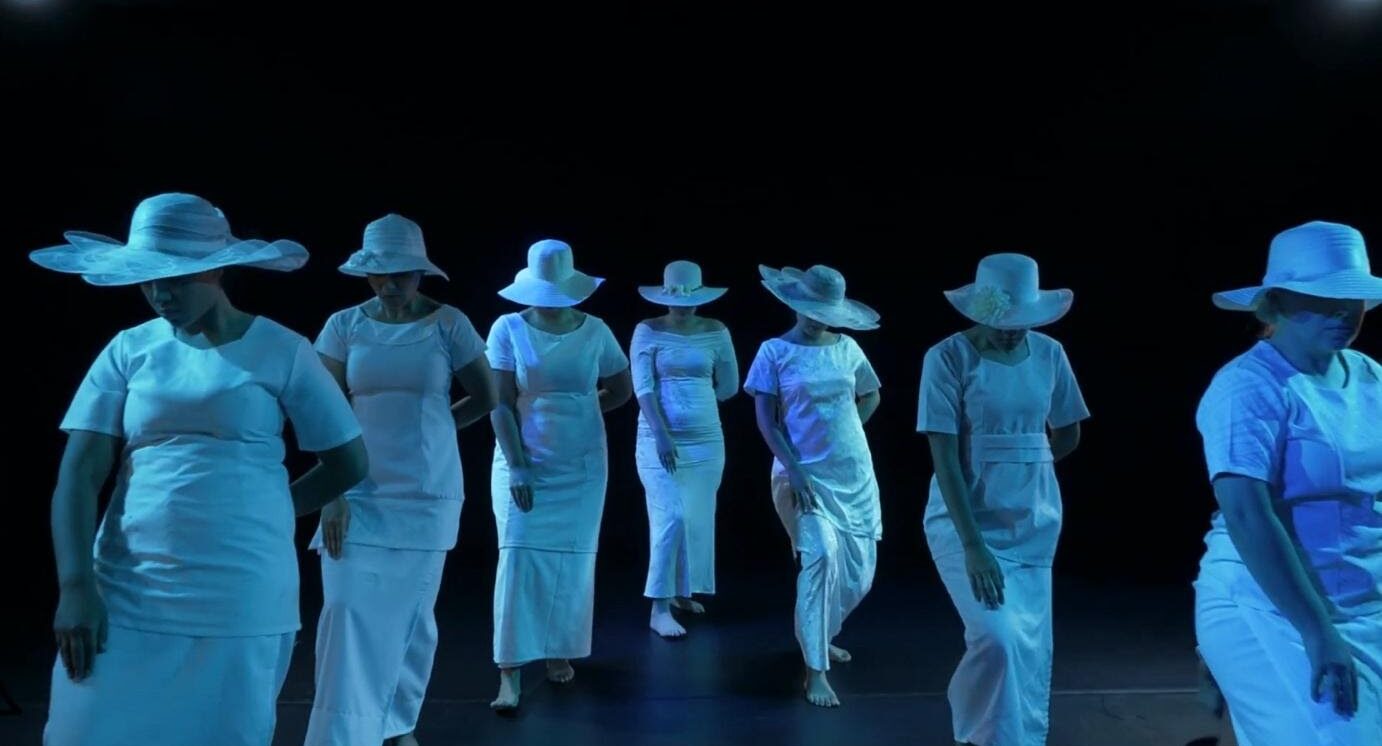 The merging of two contrasting dance styles saw the birth of a new concept, ‘Popping Puletasi’, created by Cook Island-Samoan dancer, Seidah Tuaoi. The inspiration for the new dance form first emerged during her studies at the University of Auckland, where she incorporated popping into her solo assessment while wearing a puletasi.

“In Uni, I was part of a crew (Hopskotch) who believed in learning foundations in styles but also showing originality and creativity”, Seidah says.

“I applied this to what I loved most – fusing my culture, family and the hip hop culture. So, I decided to merge all these elements together and hoped for the best.”

“Popping puletasi is my perspective of being a New Zealand Pacific female living in a modern world. The concept has only been performed with females wearing the traditional white puletasi, used for Lotu. It is a personal journey of my cultural identity and being able to accept and acknowledge all parts of who I am and represent.”

Knowing she was breaking tradition by fusing an intense style of dance with the graceful and delicate Siva Samoa, Seidah continued to explore and develop her craft as she felt the urge to represent both of her dance cultures. “I wasn’t only tied to one culture” she says.

“I didn’t feel Samoan enough and I was not an American. From a young age, I’ve always loved hip hop dance specifically popping, contemporary dance (from high school) and anything from the Pacific.”

Born in Wellington and raised in Auckland, she is currently residing in the Hawkes Bay area where she aims to teach her recent works to her students at Karamu High School. Only 5% of her students are of Pasifika descent, a huge transition from teaching predominantly Pasifika students in Auckland. However, the transition does pose its advantages, “I get to share my cultural identity. I get to share my story through dance”, Seidah says.

“Dance is such a universal language, though non-Pacific people cannot understand the context of the dance they learn fully, they will be able to embody movement passed down from my culture.”

Alongside her teaching duties, Seidah is working on various video projects including a new music video set to be released this year. Her future goals for her dance form includes creating a fusion with Samoan male dancers wearing ie faitaga and to have it performed either in a live show or online.

“Hopefully when Covid-19 slows down and borders start to open, I’d be interested in performing this concept and teaching to others nationally and globally.”

In the meantime, as we continue to overcome uncertainties caused by the pandemic, Seidah plans to focus more on being a dance teacher and getting used to her new surroundings, “as with anything, dance is always evolving so I want to make sure I keep up,” she says.

“I’m always wanting to help the next generation of dancers which is why I decided to teach in secondary schools. This style of fusion is the most authentic thing I’ve ever done…hopefully this will encourage others to be curious about their own cultural identity.”