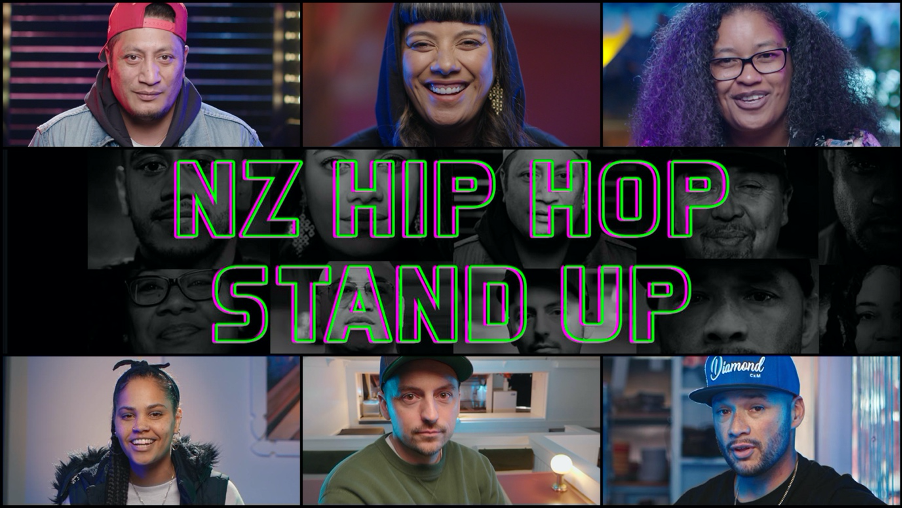 RNZ have today announced a brand new web series titled NZ Hip Hop Stand Up. The seven-part series is an exploration of some of the greatest songs released over the 30-year history of hip hop music in Aotearoa. Launching on Thursday 23rd July, all episodes will be available to view on RNZ’s website.

Featuring 30 artists from the 30-year history of Aotearoa hip hop, each episode of NZ Hip Hop Stand Up will showcase a significant song, with artists of all generations discussing its importance and relevance to New Zealand and NZ hip hop.

Starting in 1988 with ‘E Tū’ by Upper Hutt Posse and ending in 2019 with ‘Ready or Not’ by teen sensations Church & AP, the series talks to all of the major players involved in some of the most influential and loved tracks this country has ever produced.

Director Chris Graham, who made some of NZ’s most well-known and award-winning music videos for artists including Scribe, King Kapisi, Dei Hamo, Smashproof and Savage, commented on the series: “We set out to do justice to the creative breadth of New Zealand’s hip hop culture, but one of the most surprising and humbling parts of the experience was capturing the authentic stories that each artist shared about how these songs were conceived and made, these musical taonga that have touched our hearts, and shaped the unique sound that is specifically hip hop from Aotearoa.”