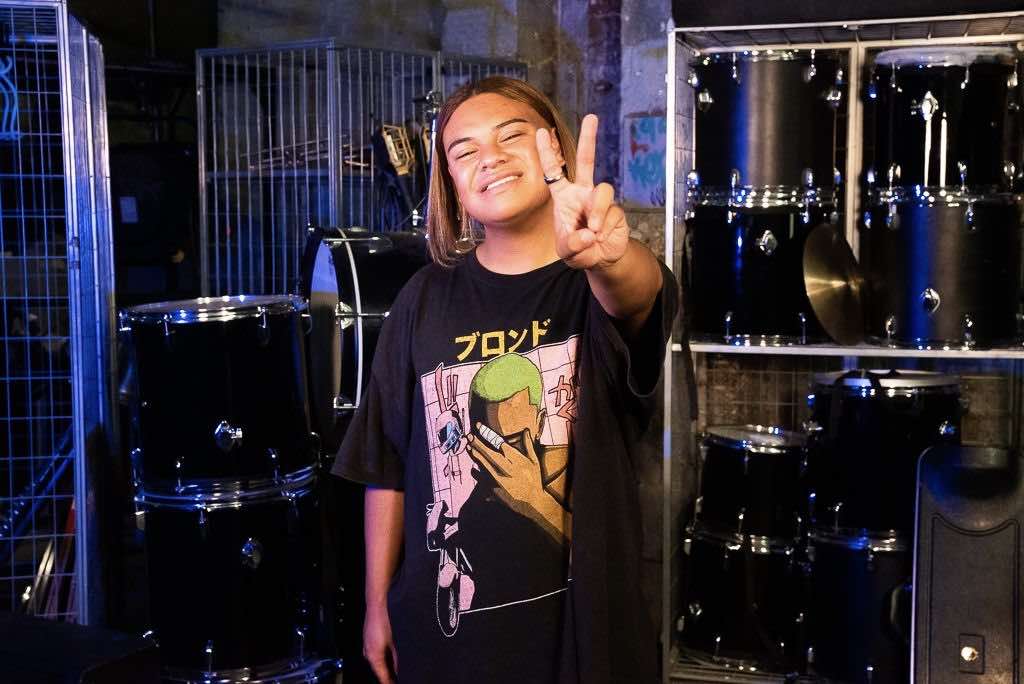 It’s the audition everyone is talking about on social media: 20-year-old Samoan vocal teacher Evile Jireh Sisifo-Laloata takes the world stage to deliver a phenomenal 4-chair turn performance on The Voice Australia. Our reporter Ann-Tauilo Motuga caught up with the rising star to talk about his musical journey and how it all started.

“I feel like I rehearsed all my life for this moment,” Laloata says.

“I have never ever thought in my life that I would have had this opportunity, but I guess once it came, I took it in a heartbeat. This audition has not only changed my life but my family’s as well. If I could have taken my family with me to Australia to physically be there, I would have, but due to Covid I wasn’t able to.”

Originally born and raised in Christchurch, New Zealand, Laloata hails from a Samoan family of four girls and two boys. Growing up in a Christian household, Laloata’s family would always attend church and participate in White Sunday performances.

“Going to church was not a choice for myself and my siblings,” he says.

“We had no choice but to attend unless we were really dying and couldn’t go lol. I’m grateful for my parents for not giving us a choice, because this is where it all began for me.”

At a young age of 3, Laloata started singing at the front of “hundreds of people” while performing a random Samoan song his dad prepared the night before White Sunday.

“I guess from then on, I held on to that and nurtured it throughout my years right up until now. Who would’ve thought that singing in church at the age of 3 would pave a way to be singing on ‘The Voice Australia’ stage?”

The “liquid, free” vocalist captured Rita Ora’s interest within the first 15 seconds of his performance, followed shortly by Jessica Mauboy.

“My heart dropped,” he exclaims.

“I obviously couldn’t react, so I kept my cool and carried on singing. Having four chairs turn still has me in shock. It’s such a humbling experience. All glory to the man above for such an opportunity.”

Initially, Laloata had his heart set to be on Guy Sebastian’s team, but like every other spellbinding performance, it brought out the judges’ competitiveness.

Jessica evens out her friendly feud with Guy, who blocked her from a previous blind audition, by successfully winning Laloata’s heart as his coach.

“I felt like Guy and I would have made a good team, but it is what it is,” Laloata explains.

“I went with Jess because I felt an instant connection with her story, and I could relate with her being brought up around church and family not having much.”

Although Laloata has so far got through just the first stage of The Voice Australia, he has already won the hearts of many Polynesians from all over the world.

“I like to say that my audition was for my people,” he says.

“I will continue to put our country on the map as much as I can… I one hundred and ten percent believe and encourage all Polynesians out there to take on any opportunity that may come your way, be hungry for what you want and strive for it… Like my family and friends always say, ‘this is just the beginning’, and I am so excited to see where this will lead me in the near future.”

Covid-19 crisis in Fiji: “The best hope now is with the vaccination”