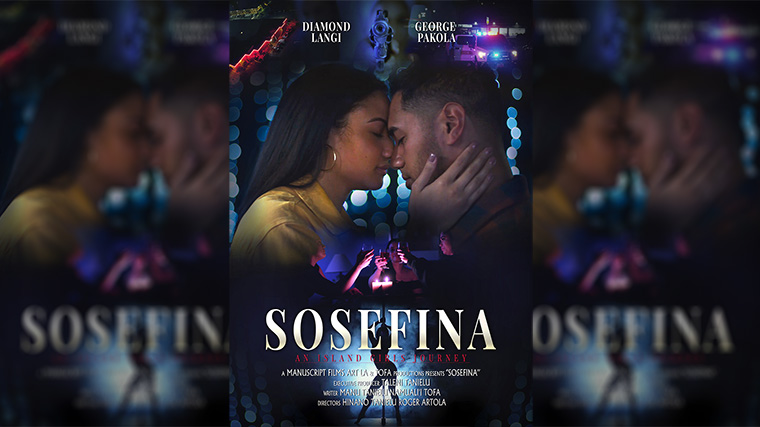 The Polynesian-American movie, Sosefina is finally releasing in May during the Asian Pacific American Heritage Month 2022.

The premiere was initially set for 2020 but was cancelled due to the coronavirus pandemic.

“We took a lot of risks, sacrificed so much and temporarily relocated our family to New Zealand to finish the film and release it just to be shut down the morning of our premiere.”

Due to the pandemic, Hinano and her team had to fly back home to the United States before Aotearoa’s borders closed.

“As sad as we were, I would do it all over again in a heartbeat,” she says. “It was such a fun journey to be on with my family. We learned so much, became closer as a family and stronger as a team.”

Shortly after their return home, the ManuScript crew faced major setbacks. Hinano’s parents fell ill which led to her mother becoming bedridden and her father, Alec Tekurio, passing away. Sosefina Writer Namuali’i Tofa also lost his father Fiaui Tofa, and the team made the decision to pause filmmaking for that year.

Being filmmakers during a pandemic and living in America comes with its own set of challenges. One of the obstacles the team had to overcome was finding funding that supports Pacific Islander arts.

“We don’t have a ‘New Zealand On-Air’ or any of those types of platforms that New Zealand offers,” Hinano explains.
“Finding funding here in America will always be a struggle but at the same time we will continue to create our own opportunity.”

With limited funding platforms, ManuScript continued to hone their scriptwriting skills to hopefully gain the interest of funding companies. The road may be difficult but the team is motivated more than ever to get the job done.

“When we go to meetings now, we have a duffel bag full of scripts to showcase,” says Sosefina Writer Manu Tanielu.
“I don’t feel a sense of urgency but a responsibility to tell more Pacific Islander stories. We put together a five year plan for our scripts but we aim to do it in two and half years starting out next year”

Although the delay had its downfalls, ManuScript used their time wisely to learn more about filmmaking and working around Covid-19.

With another feature film up their sleeve, Hinano says they now “have a better understanding [of filmmaking] and will be going into it with experience”.

If there’s anything Covid has taught this motivated team of filmmakers, it is that life is too short.

“I don’t want to be on that death bed with regrets, unfinished business and/or unfinished scripts,” Manu says. “I want to do it all before I transition. Prioritising goals, family, health and hunting dreams is always the aim.”

“Being filmmakers during these unprecedented times is something we just have to get used to, educate and learn to live with because covid is here to stay.”

Watch the Sosefina Official Trailer below:

#IWD: Meet the women in front and behind the Tagata Pasifika cameras