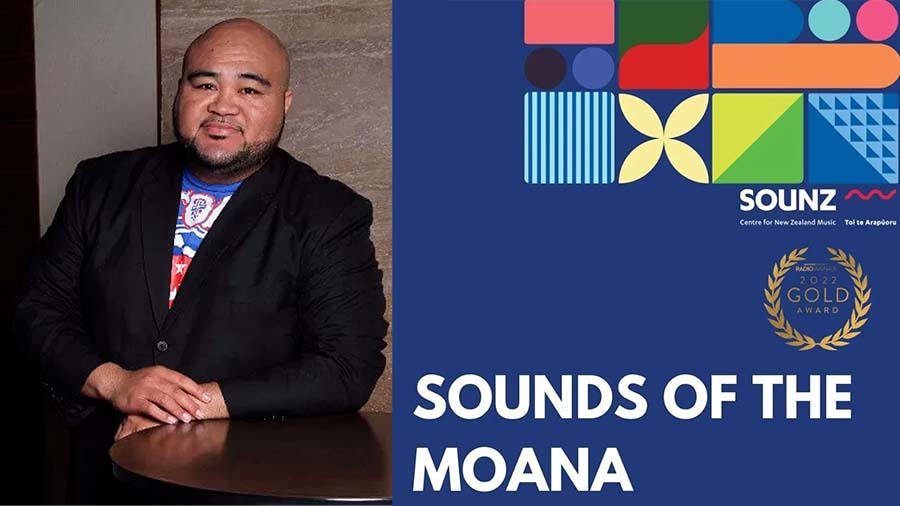 Gold has not been awarded in the ‘Music Podcast’ category in at least the previous two years, making this a rare win.

Diana Marsh, SOUNZ Chief Executive and Executive Producer of ‘Sounds of the Moana’, says, “SOUNZ is absolutely delighted to receive this award, especially as this was our first major podcast series. We worked in partnership with the Moana Pacific peoples’ music elders, practitioners and knowledge holders to shed light on the indigenous musics of Moana-Nui-ā-Kiwa in a series that was designed to be engaging and accessible.

The two-episode podcast series ‘Sounds of the Moana’ explores the indigenous sound of Moana-Nui-ā-Kiwa (Oceania) and asks how this musical identity can be kept alive today.

Tau’ili’ili Alpha Maiava, podcast Host and Co-Producer, says, “It’s gratifying to witness our stories finding a home in the wider world’s value vault. After all, our representation to the world has been ‘his-tory’ — this acknowledgment, however, validates and affirms the uniqueness and significance of ‘OUR-story’. Long may they captivate”.

SOUNZ is currently in the process of implementing its SOUNZ Moana Pacific Peoples Musics Strategy, the first music strategy in Aotearoa for Moana Pacific peoples.

SOUNZ champions and promotes the sounds and music of Aotearoa New Zealand. They are based in Wellington and have been operating since 1991.