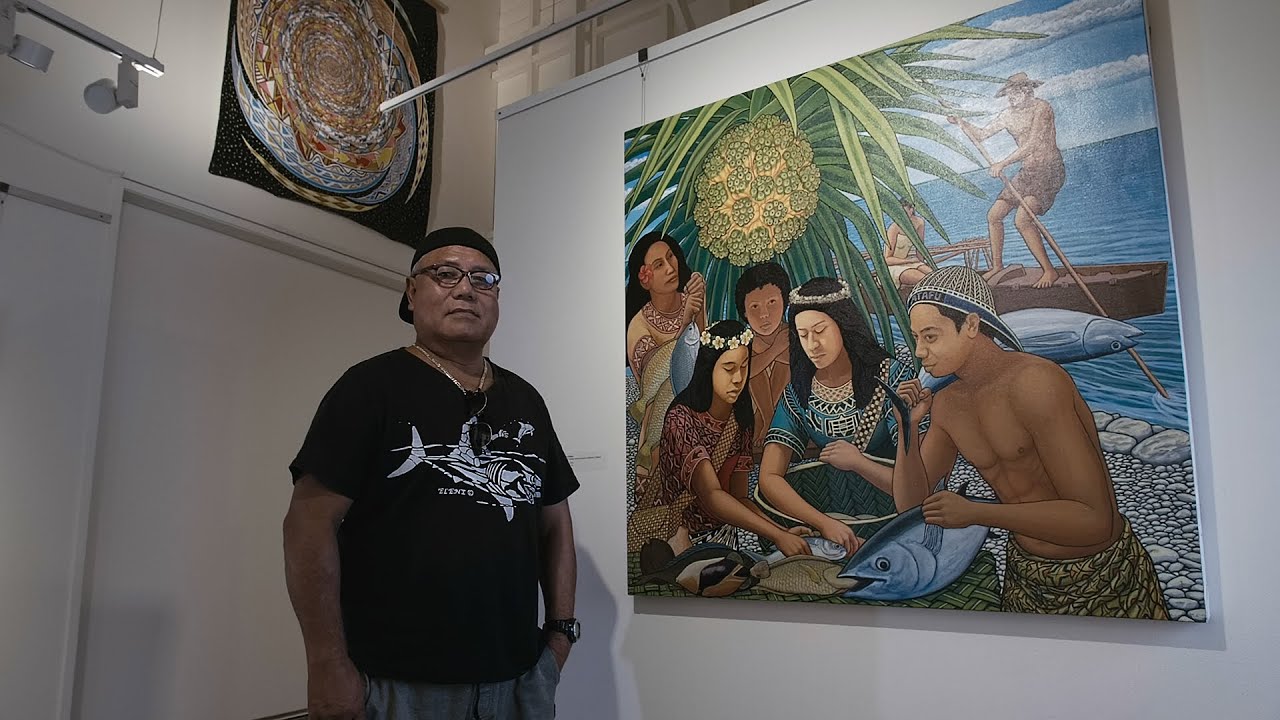 Traditional painter, carver and designer Faraimo Paulo is on a mission to record his people’s history and culture. His first solo exhibition, Eleni – Navigators of Polynesia (named after his beloved late wife), represents a major survey of the artist’s recent paintings telling traditional stories from Tokelau and the Pacific.

“In my youth I taught myself to paint, and sold many works to visitors who came on yachts to my island of Tokelau. Later I obtained a scholarship which took me to Samoa, and this led to me receiving the task of designing stamps and coins for the Government of New Zealand, as well as being an art teacher at Samoa College. As my family and I moved to New Zealand, I never stopped painting and carving, and continued on with my passion as we then finally moved to Australia. For years and years since then I have continued to focus on my artwork on a full time basis,” says Paulo.

“Much of the culture and stories of Tokelau and Polynesia as a whole are slowly but surely fading away,” he says. “With the assistance of my elders, I hope to create and display a comprehensive pictorial record of traditional Polynesian society on canvas.”

“If a picture is worth a thousand words, then that is what I wish to do for my people.”

Eleni – Navigators of Polynesia was on display at the Logan Art Gallery in Brisbane in January. The exhibition will head to The Leo Kelly Blacktown Arts Centre in New South Wales from 6 March – 3 April 2021.