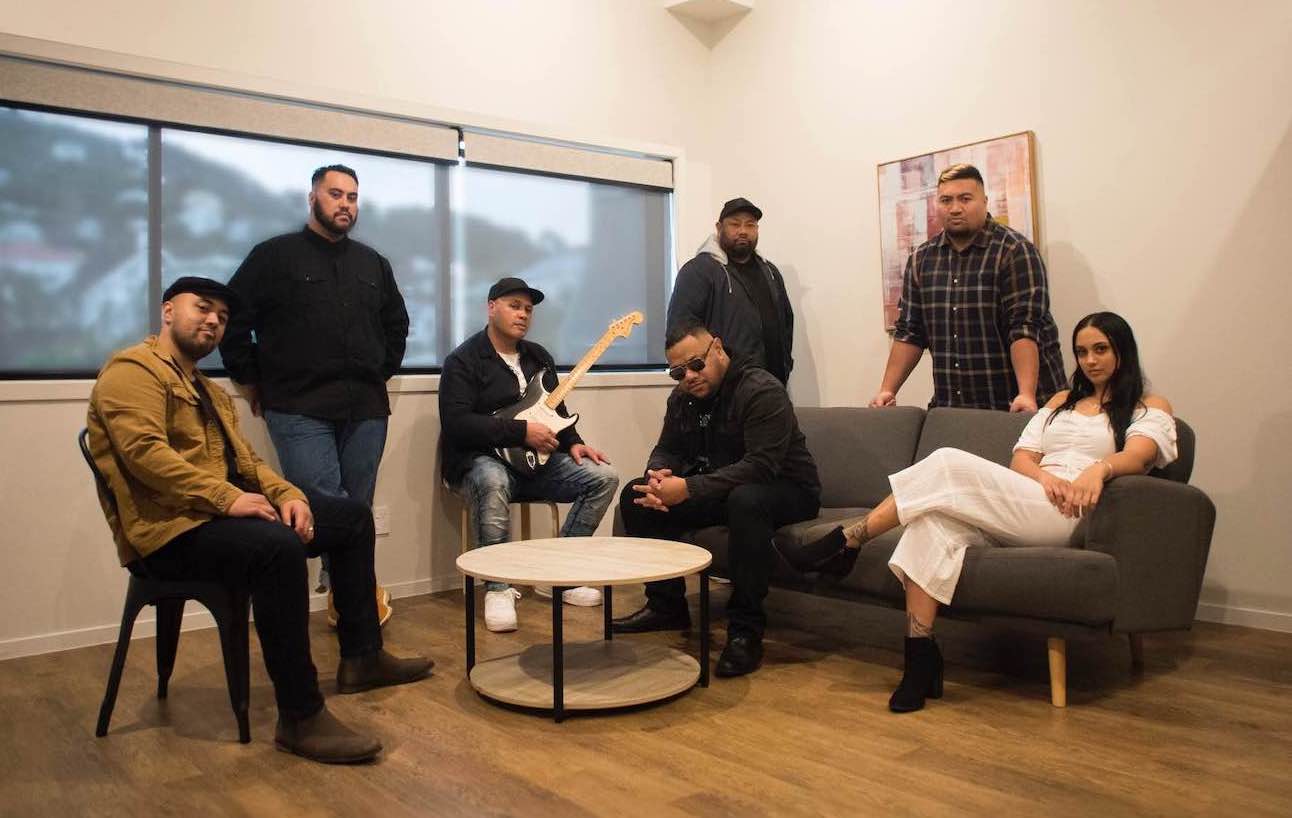 Rise Up is believed to be the first track released in New Zealand that features Samoan, English and Māori lyrics. It’s a refreshing tune which asks listeners to unite and stand as one.

“The message is for us to preserve our culture and recognise the beauty that lies in each other’s cultures,” Tomorrow People member Avina Kelekolio says.

“In these trying times where world events are impacting our own mental state of wellbeing, we must stand strong with our brothers and sisters and spread love.”

The production of Rise Up commenced after founder of Waiata Anthems Dame Hinewehi Mohi approached Tomorrow People to submit a bi-lingual song for the Waiata Anthems 2021 project.

After some sound advice from the Dame, Tomorrow People decided to incorporate a third language into the mix.

“[Dame] said that creative control was up to us… Knowing that some of us were Samoan, she said it would also be good to incorporate some Samoan into the song if we wanted to,” Avina says.

Lead singer Tokelauan-Samoan Fredwyn Kisona took up the challenge of singing in Samoan and Māori, while guitarist Snow Chase sings in English.

“It was a huge plus to have three languages in this one track,” Fredwyn says.

“I’m a huge believer in embracing the language and culture of our Tangata Whenua.”

Avina said renowned artist FIJI co-wrote the song by putting his talents to the first verse and chorus. The rest of the group came together to finish it up with the help of producer Hennie Tui.

“There is some beautiful poetry in the lyrics of this song,” Fredwyn says.

An extract from the Samoan verse of the song describes the importance of rising as one and embracing our diverse Pacific cultures:

With the uncertainties of Covid-19, the group have had to cancel and postpone most of their gigs.

“Our shows can only operate under Level One, so to have our September shows cancelled and our October tour under threat, it’s been really hard trying to plan things,” Avina says.

“Other than that, the band all work full-time jobs, so we have been working from home and juggling home schooling with the kids.”

As part of their #FirstFridays release movement – where a new track is released on the first Friday of every month – Rise Up marks Tomorrow People’s 9th release for 2021.

Over 12,000 support packages have gone out to Pacific families this lockdown