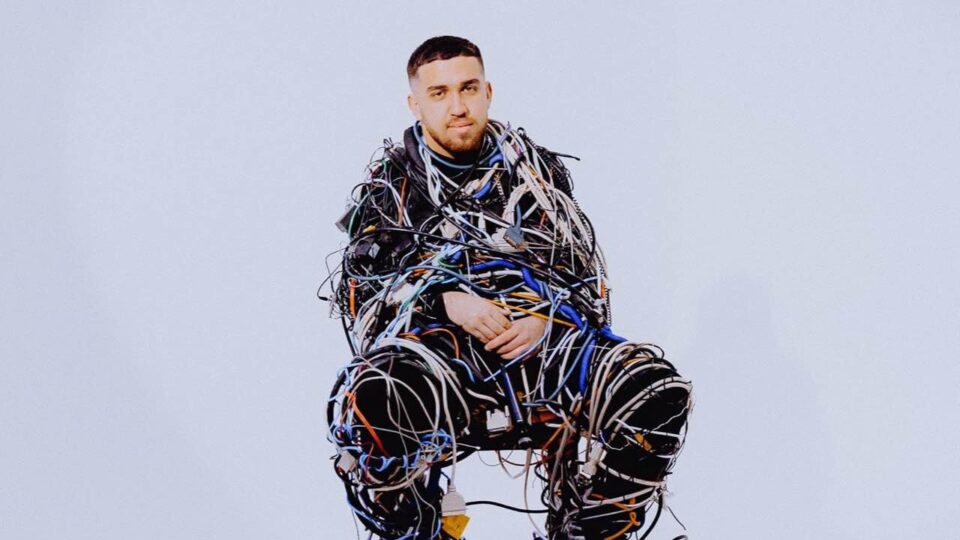 In his new introspective record Wired, Sam V taps into his authentic and vulnerable side as he delivers a heartfelt performance about the inability to be emotionally invested in a relationship.

“It alludes to the modern-day adage of being ‘built different’, but instead being ‘wired’ different, my own wirings restricting an ability to love fully,” Sam V says.

“Visually, this also reflects that struggle, with the wires representing someone who’s stuck/can’t change. The scene where I’m serenading the wonderfully talented Angel Tulua reflects a sort of forewarning/transparency that this is the way that I am.”

Funded by NZ On Air Music, Wired is directed by award-winning director Connor Pritchard with the assistance of art director Ash Sutton-Davis. The track’s mellow beat is produced by Auckland producer-artist EDY, featuring a live orchestral arrangement in collaboration with Reuben Goetz-Wylie.

The 23-year-old artist has proven time and again his musical capabilities, recently featuring on the Panthers soundtrack alongside New Zealand stalwarts such as Troy Kingi, Diggy Dupé, Che Fu and SWIDT, and is deservedly building a mainstream presence.

Check out the music video for Wired by Sam V above.