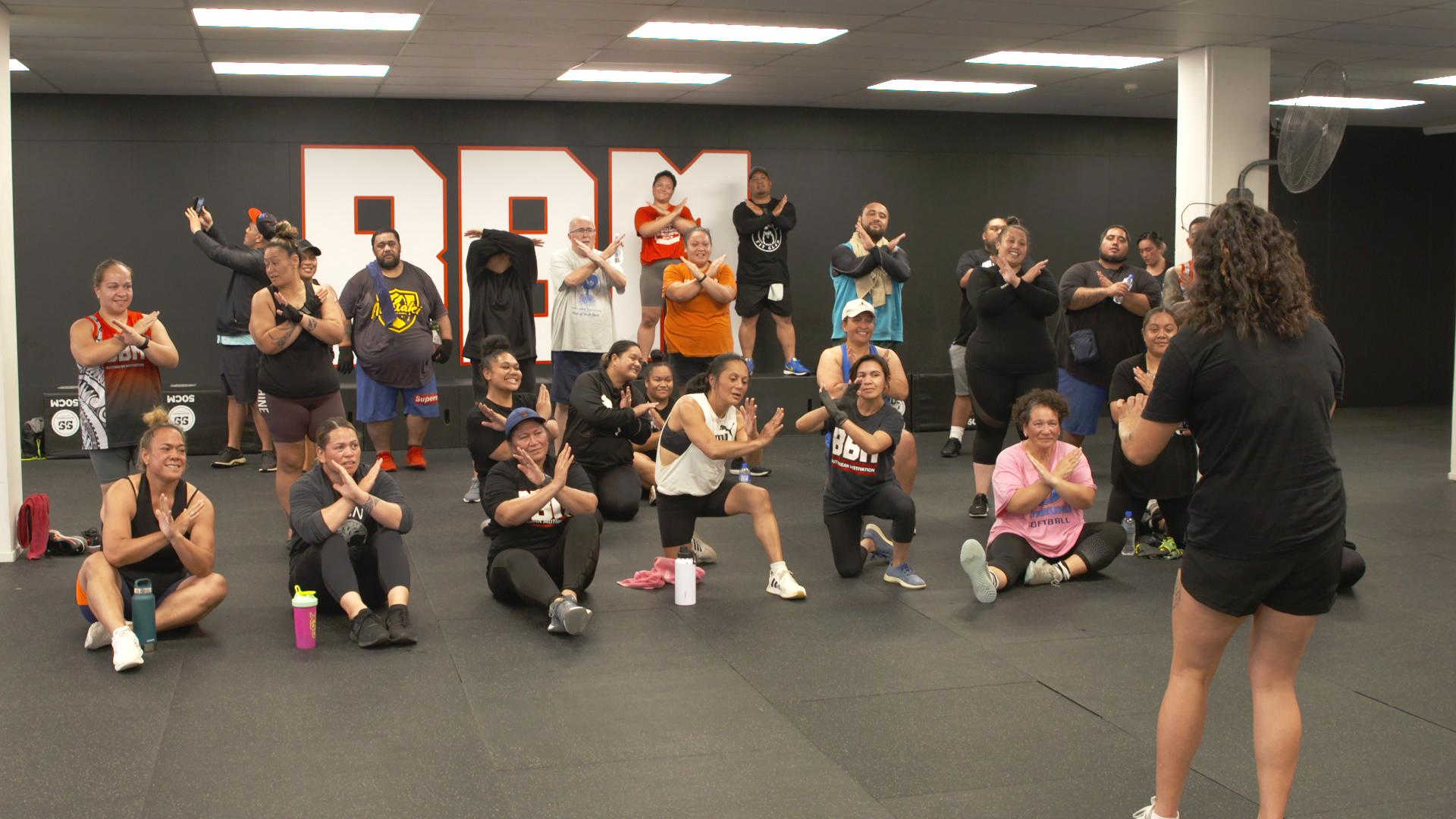 The Buttabean Motivation HQ is back in business, but with Auckland in the red zone of the new traffic light system, things are a little different.

“We are asking people to be double vaccinated and to come in with their QR code. No QR code, they’re not allowed in,” says BBM instructor Ina Walters.

“Getting back here and being back with the people, it’s fantastic. I’ve been dying for it. After being away for almost 16 weeks, it really plays on your mental health; not just that but also your physical health,” she says.

Mamoe Lemafa managed to keep active during the lockdown period, but says he missed the camaraderie of BBM.

“I was getting crazy. I was always going out looking for something to do outside but just couldn’t wait to come back here,” he says.

The re-open hasn’t been the only good news for the BBM. Last Friday they announced a new partnership with the Ministry of Health, who have pledged $500,000 to help the group with its fight against obesity.

The announcement was attended by Associate Minister of Health Peeni Henare, who supported the BBM’s prevention methods for Māori and Pacific people.

“I don’t want to open more renal units around the country,” he says.

“We must continue to support our whānau with long-term conditions like diabetes, but where I would rather see our investment and energy go is in kaupapa like this.”

Since its inception in 2014, BBM has largely been supported by grants and donations. Founder Dave Letele says that with this new partnership, they’re able to expand their programmes around the country.

“This makes things easier because we’re not worried about how we’re gonna pay the rent, you know. You see this building, you see the amount of people we’re helping, but we don’t make any money off our members; all of our programmes are free,” he says.

“This just helps us to pay the wages, employ more people and really helps us to invest in infrastructure, you know, our capabilities so we can scale.”