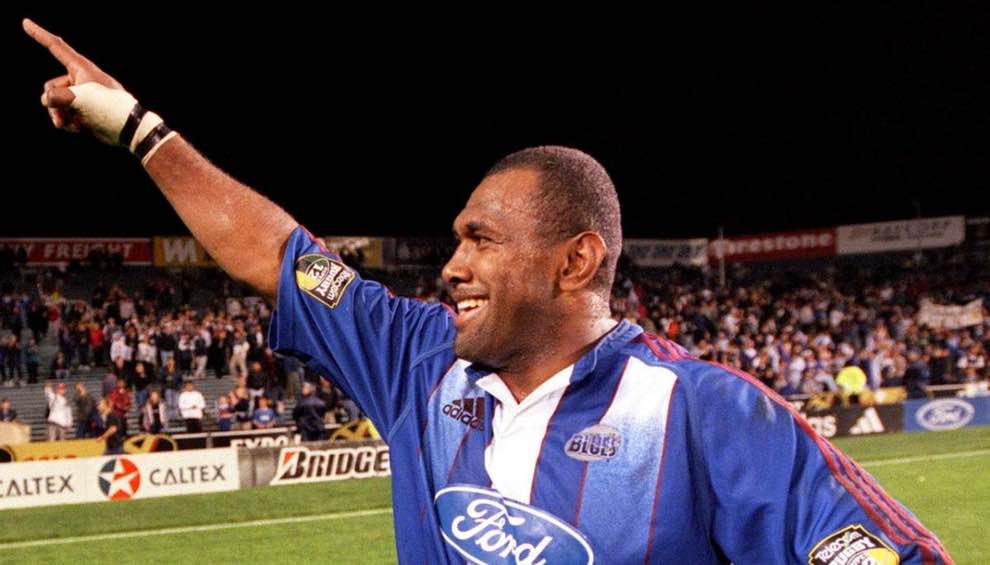 Just as the Pasifika community and rugby fans were coming to terms with the loss of former All Black winger Fesola’i Va’aiga Tugamala, the death of another iconic winger was announced just hours later.

Joeli Vidiri, former All Black and Fiji International, died in the United States on February 23 from complications related to Covid-19.

Reportedly, Vidiri had recently married and was travelling with his new wife when he suffered a series of heart attacks. He was 48-years old.

Vidiri played just two matches as an All black in 1998 but had earlier represented the country of his birth – Fiji – in Sevens and 15s, in the days before international player restrictions. He also won a Sevens gold medal for his adopted country at the Commonwealth Games in 1988.

However, it was as a member of the Blues squad in the early days of professionalism where Vidiri made his mark. The Blues won two championship in that time with the Fijian flyer scoring 42 tries in 61 matches on his way to becoming a cult hero.

Along with fellow All Black Jonah Lomu on the opposite wing, the duo made a lethal combination for the Blues and for their provincial team, Counties Manukau Steelers.

Then, in 2001, at the age of just 27, Vidiri suddenly retired from the game. It was later revealed that he had a debilitating kidney disease. He spent many years on dialysis and in 2015, he finally received a kidney transplant.

On Saturday, New Zealand Rugby (NZR) Chief Executive Mark Robinson acknowledged the heartache of losing both Vidiri and Va’ainga Tuigamala so close together..

“The last 24 hours have been incredibly difficult with the loss of two men who have such standing in rugby and in their communities.

“Joeli was a pioneer for Fijian rugby and set the platform for the many Fijian stars who have followed him. Together with Jonah Lomu at Counties Manukau they formed one of the most formidable partnerships we’ve seen, and his performances for the Blues helped put Super Rugby on the map.”

Players in Saturday night’s Super Rugby clash between the Blues and Hurricanes wore black armbands and observed a minute’s silence before the match started. And winning captain Ardie Savea dedicating his side’s last minute 33 – 32 win to the two lost stars.

“50 years ago we were looked down on” : Poly Panthers on their NZer of the Year nomination