HomeNews & TalanoaCOP26: Climate crisis in the Pacific the "legacy of colonisation" 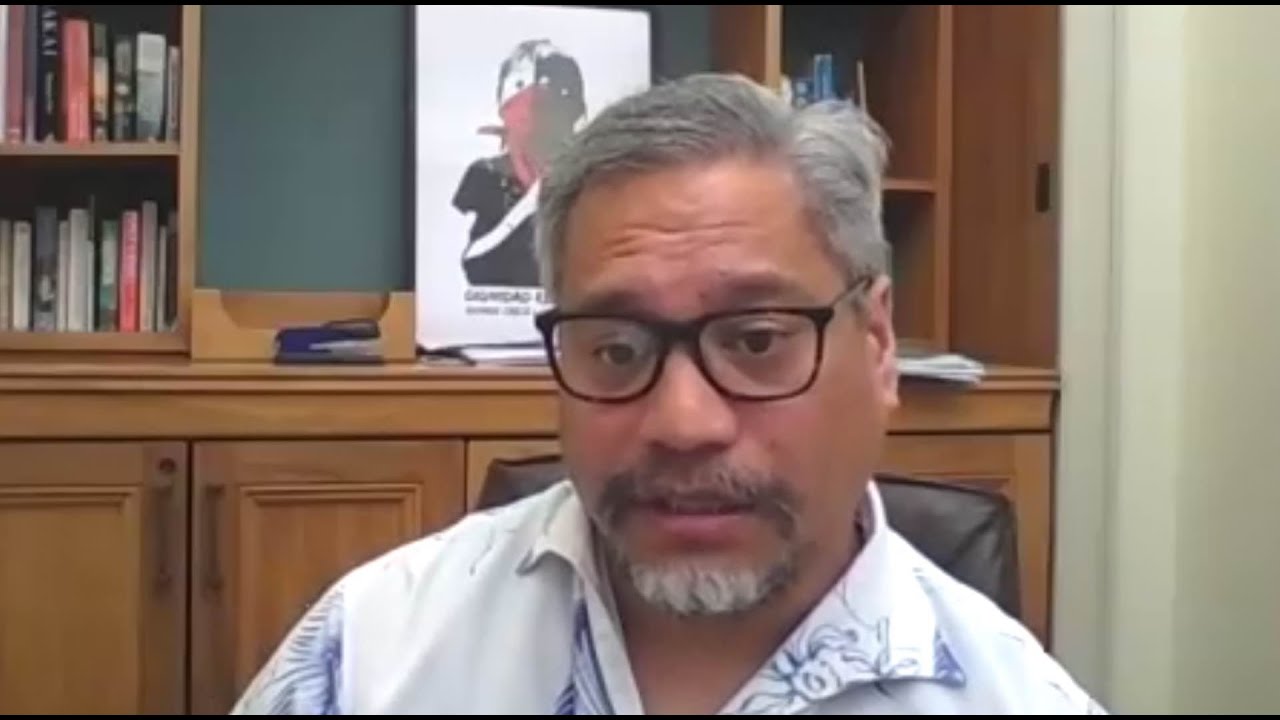 COP26: Climate crisis in the Pacific the “legacy of colonisation”

It’s the last day of the COP26 climate conference in Scotland, where many world leaders are present including four from the Pacific. Marama T-Pole caught up with Green MP Teanau Tuiono to get his thoughts on the summit and what we can do to tackle the climate crisis.

Teanau Tuiono attended the Paris climate summit in 2015 and says there was a strong push then to recognise indigenous peoples’ human rights.

The COP26 draft agreement includes a goal to limit global warming to 1.5 degrees. Tuiono says that’s a stronger commitment than the Paris summit in 2015.

“But often these things are said, and then we really need to see the detail in terms of what that follow-through is on the ground.”

He’s worried for our Pacific Islands, whose futures rely on that follow-through.

“We are on the frontlines of climate change. I see this as the legacy of colonisation and colonialism,” says Tuiono.

“I think it’s really important to recognise the connection between Aotearoa and the Pacific as well — the connection with tangata whenua and tagata moana.”

Tuiono supports the idea of free movement of Pacific Islanders affected by climate change to New Zealand, and an amnesty for overstayers.

“We’ve got the Covid crisis, but then we’ve also got the climate crisis here as well. So why can’t people from Tuvalu and Kiribati come and go as they need to?”

The Agricultural Sector in New Zealand

In New Zealand, agriculture forms the majority of our emissions. Tuiono is supporting initiatives like the Emissions Reduction Plan, which he hopes Pasifika will add their voices to.

“The agriculture sector has been getting a hallway pass. The question we need to ask ourselves is — what have they done with that hallway pass? Did they deserve it in the first place? Are they working to actually reduce their emissions?”

“So I’m very interested in terms of the suggestions that will come from the consultations to the Emissions Reduction Plan about what they think the Minister of Agriculture in particular should be doing to help farmers transition to low-emissions farming.”

However, Tuiono says climate change should be considered in all ministerial portfolios.

What can we do?

Globally, Tuiono says the challenge lies in how to work with multinational companies, with billions of dollars behind them.

“It’s coalitions of peoples, connections between indigenous peoples, peoples within the Pacific, people with environmental interest.

“When I think about my work in the indigenous peoples movements, there’s massive diversity of people — people from rainforests, people from the arctic circle and of course those of us from the Pacific — but the only way we can push back against the big money voices… is actually when we try to find some common ground to figure out all different ways we can have an impact.”

Tuiono draws on the example of the Global Alliance For A Green New Deal, which all Green MPs have signed up to. He also hopes powerful statements such as the Tuvalu Foreign Minister’s COP26 address lands with people.

“It’s that next step of being really strategic about how we connect and operate together in order to make these things possible.”

“That’s a powerful message; let’s take it up and really get into the action part of it.”