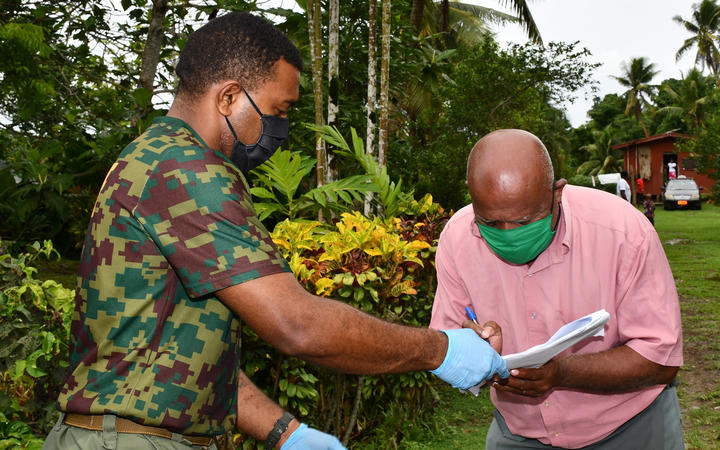 That compares to 1043 cases in the previous 24-hour period. Among these were the first five cases recorded in the country’s eastern division, three from Ovalau and two from Gau.

The Health Ministry also confirmed 15 deaths last night, taking the toll to 113 – 111 of them from the latest outbreak that started in April.

Seven patients had died at home, and all but two of the 15 victims had received one dose of the AstraZeneca vaccine.

Health Secretary Dr James Fong said 17 other deaths are under investigation to determine their cause.

He said 48 people who tested positive to Covid-19 since March 2020 had died, but their deaths were caused by pre-existing medical conditions and not the virus.

“There have been seven deaths of covid-positive patients in the last 24 hours.

“However, their deaths have been classified as non-covid related by their doctors who have determined that these deaths were caused by serious pre-existing medical conditions and not Covid-19.

“There have been 125 new recoveries reported since the last update, which means that there are now 14,247 active cases in Fiji.

* A 67-year-old woman from Nasinu died at home on 17 July. Her family had reported that she was unwell with Covid-19 symptoms for one week prior to her death.

* A 40-year-old man from Lami presented to the FEMAT field hospital in respiratory distress. He died six days after admission on 17 July.

* A 72-year-old man from Nabua near Suva presented to a medical facility in severe respiratory distress. He was retrieved by a medical team to the CWM Hospital on 18 July. He died one day later in hospital.

* An 81-year-old woman from Samabula in Suva presented to the CWM Hospital in severe respiratory distress on 18 July. She died in hospital on the same day.

* A 63-year-old man from Delainavesi near Suva died at home on 17 July.

* A 79-year-old woman from Cunningham near Suva also died at home on 17 July.

* A 73-year-old woman from Suva presented to the FEMAT field hospital in severe respiratory distress on 18 July but died one day later.

* An 83-year-old man from Nasese presented to the field hospital in severe respiratory distress on 17 July. He died four days after admission.

* A 65-year-old man from Suva presented to the CWM Hospital in severe respiratory distress on 18 July.

* A 50-year-old woman from Dakuibeqa presented to the CWM Hospital in severe respiratory distress on 16 July and died on the same day.

A total of 1,246 individuals were screened and 611 swabbed at stationary screening clinics in the last 24 hours, Dr Fong said.

“Our mobile screening teams screened a total of 2,536 individuals and swabbed 273 in the last 24 hours.

“This brings our cumulative total to 719,501 individuals screened and 62,029 swabbed by our mobile teams to date.

He said the national seven-day daily test average was 3875 tests per day or 4.4 tests per 1000 population.

“The national 7-day average daily test positivity is 26 percent and continues on an upward trend.”

“This means that 67 percent of the target population have received at least one dose and 13.4 percent are now fully vaccinated.

“Fijians can check the ministry’s vaccine dashboard to find real-time data on first-dose and second-dose numbers at the national, divisional, and sub-divisional levels. http://bit.ly/3h2JfCZ

With the high numbers of new daily cases, Dr Fong the ministry is seeing increasing cases of severe disease and deaths in the country.