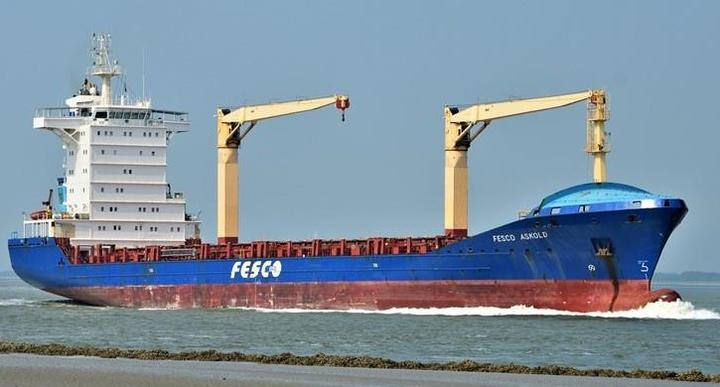 The container ship, the Fesko Askold, has 17 crew on board.

It arrived in Pago Pago on Sunday afternoon and sailed out of the main harbour at nine yesterday morning.

It remains about eight kilometres from shore.

American Samoa’s COVID-19 task force chairman Iulogologo Joseph Pereira said this would allow local authorities to complete their assessment of the situation and come up with a plan to offload and pick up containers.

He said steps had been taken to decontaminate the dock in case of any contamination while the vessel was dockside.

Pago Pago port was scheduled to reopen this morning after a 24 hour shutdown.

Iulogologo Joseph Pereira said while two separate tests had been conducted, affirming the positive results for the three crew members, a third battery of tests was being done by the more sensitive and sophisticated ABI7500 Testing Machine at LBJ Medical Center.

The government was not aware of protocols being adopted by the vessel’s captain to contain further spread of the virus to other crew members, he said.

Frontline officials in Samoa who serviced the Fesco Askold while it was at Apia’s Matautu port are now in isolation.

Before American Samoa’s capital Pago Pago, the Cyprus-flagged vessel had sailed from Tahiti to Samoa where it docked for less than 24 hours.

According to Samoa’s Health Department, strict health controls were followed and no one from the vessel came ashore.

However as a precautionary measure, frontline officials who serviced the vessel have been placed in a controlled isolation. They will be tested over the next five days.

After it docked in Pago Pago, the US coastguard ordered the ship back out to sea.