HomeNews & TalanoaFiji at war with Covid after latest death 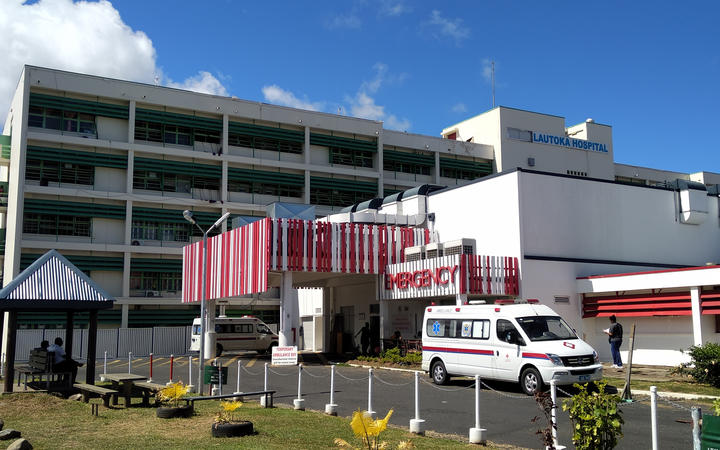 By Lice Movono of RNZ Pacific

One of Fiji’s latest Covid-19 cases has succumbed to the deadly virus.

The Health Ministry said the 53-year-old man, who was confirmed as case 125 on Wednesday night, died in Lautoka on Viti Levu.

Originally admitted to Lautoka Hospital for surgery, the man is also suspected of being the source of transmission for two earlier Covid-19 infections.

The Health Ministry says cases 120 and 121, both doctors from the hospital, had treated the man.

Lautoka Hospital, with more than 400 staff and patients, has since been closed off by the military and police.

Fiji now has had 125 cases of Covid-19, 50 active cases, and three deaths since its first case in March last year.

Two of the cases are soldiers undergoing quarantine after they returned from an overseas tour.

But it is the now-deceased man patient that worries authorities, Health Permanent Secretary Dr James Fong explained at a press conference on Wednesday night.

“We do not know when or where this patient contracted the virus. It could have been from outside or within the hospital. Our response must consider both possibilities,” he said.

“From a statistical standpoint, ICU cases – like the one we now have – may be a red flag for widespread transmission. Essentially, it tells us that there are likely many more cases of the virus out there.

“We have dreaded a worst-case scenario such as this since the day of our first case in March of last year. Through that time, we have also gone to great lengths to prepare for it. Those months of planning have informed an immediate whole-of-government course of action.”

The 53-year-old was detected during contact tracing when two doctors, a 30-year-old surgeon and a 25-year-old, were screened after displaying symptoms and confirmed to have Covid-19.

While it was earlier suspected the two then infected contacts within Lautoka Hospital, Dr Fong explained tests indicate the 53-year-old man who had been admitted to Lautoka Hospital on April 19 for a surgical procedure – which was subsequently successful – developed respiratory symptoms on 28 April.

He was seen by the 25-year-old doctor on April 29 and refused Covid-19 tests twice and that doctor developed symptoms two days later.

The second doctor saw the same patient on 2 May and was eventually tested positive for the virus as well. Health authorities said he had tested negative on 26 April.

“Early today [Wednesday], the patient’s condition began deteriorating. He was moved into an intensive care unit and swabbed for the virus. Barely four hours ago he tested positive for Covid-19. His condition will be discussed more with his family before any public announcement,” Dr Fong said.

“The timeline and the recent deterioration in his condition indicate he is likely a late-stage carrier of the virus. So, we suspect that this patient, who is case number 125, transmitted the virus to the doctors, not the other way around.” 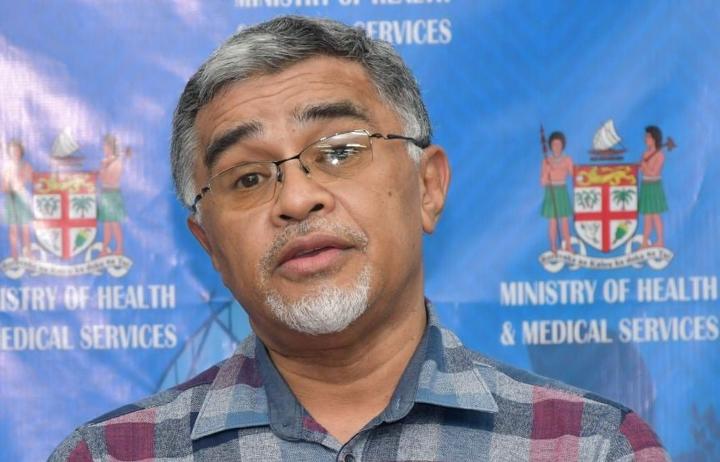 In an effort to trace contacts within the hospital, the military and police have closed off the facility shutting people out and not letting anyone in except to recall staff who had left.

“It is now a tightly-contained, full-time Covid care facility. More than 400 patients, doctors, nurses, and other staff have been sequestered and will be effectively quarantined within the hospital until we can determine who else may or may not have had contact with this patient.”

The country’s second largest hospital, Lautoka Hospital, houses some of the government’s best specialists and caters to a large portion of Fiji’s population.

“Lautoka Hospita will be closed to the public, all medical services will be re-routed to a network of back-up hospitals in Nadi, Ba, and Sigatoka, as well as the Punjas and Kamikami health centres in Lautoka. We’ve activated the entire government machinery to ensure these critical services remain accessible to our people,” said Dr Fong.

In anticipation of more cases, some severe, sections of the Lautoka Hospital have been converted into ICUs to house additional beds and ventilators.

Hospital staff are now living within the facility and operating on high-alert and fully dressed in proper personal protective equipment.

Dr Fong said staff will be screened regularly, tested often and given extra support in terms of food, supplies, bedding and other needs while in containment.

“Not only in the hospital, but around Lautoka, there is going to be a lot more swabbing. In light of the severity of the situation at Lautoka Hospital, the ministry’s recommendation is to maintain the current borders of the existing containment areas.”

At war with Covid-19

Meanwhile, authorities said earlier tests on two patients from the province of Ra indicate at least one of the patients had contracted the virus from the breaches at the border, which sparked this second wave of the coronavirus in Fiji.

“While we have not established a direct person-to-person link to other local cases, we know that this case is linked to the others, and is within the same cluster that links back to the border quarantine facility. While this genetic link is positive news, not yet having a person-person link indicates that other chains of transmission have happened, and are possibly ongoing in the community. There are likely more cases out there linked to this cluster that we have not yet found.”

The source origin of the second Ra patient is still unknown.

While he has used the word ‘war’ a few times in his daily national update, the health secretary said he did not do so lightly.

“Right now, we are in a war with this virus and the frontline has just extended to Lautoka Hospital. This will be the greatest test our healthcare system has ever faced – it will be a test for all of us. Lives are at stake, sacrifices must be made, and every Fijian’s commitment is needed. The virus is insidious, it is unrelenting. All it takes is one unknown case in our community to spark an explosion of cases across the country.”

Dr Fong has called on people who suspect they have the virus to come forward so “we can care for them, we can keep them safe, and we can keep the country safe. Every day of early diagnosis adds effectiveness to the treatment we can offer and stops the spread of the virus before it rages beyond our control.”