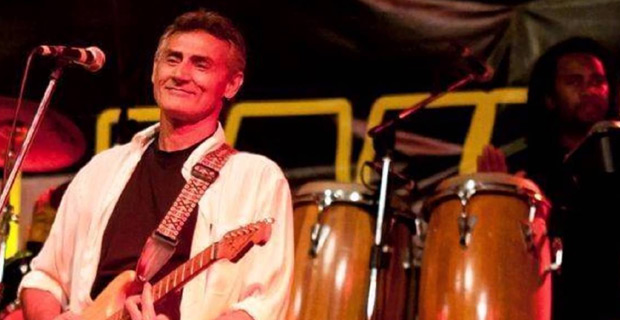 The Pacific Music Awards Trust have announced the Manukau Institute of Technology Lifetime Achievement Award for 2020. The award will be posthumously presented to Daniel Rae Costello, the Fijian guitarist who captured the hearts of listeners globally.

Daniel’s legacy will be honoured with the award at the 2020 Pacific Music Awards on Wednesday 30 September. Costello’s music captured many hearts across the Pacific and the world, with strong
influences by the Caribbean sound.

He released 30 albums throughout a long, influential career, with his debut album Tropical Sunset
released in 1979.

While his debut album didn’t see widespread success, a year later he struck gold with his second
album Lania, which was hugely popular with audiences in Fiji and around the Pacific. From there, he
quickly became known for his excellent live performances.

Lania reached #1 in Fiji and across the Pacific and kickstarted Daniel’s music career. It was recorded
with Pacific music legends like Tui Ravai on piano, Paul Stevens on drums, Vili Tuilaucala on guitars,
Saimoni Waqa on bass, DJ Spooky on percussions, and Irene Taylor, Annie Kumar and Lela on backing
vocals.

He moved to Australia a few years later because of the 1987 Fijian coups d’état where he wrote two
songs, ‘Samba’ and ‘Take Me To The Island’, before returning to Fiji and starting his own studio and
production suite called Tango Sound Productions. It was here he recorded his first big hit album,
Samba.

Samba went on to sell more than 300,000 units in 1990-1993, proving to Daniel and the wider Pacific
community it was possible to make a living solely from music alone in the Islands.

Daniel passed in 2019 after a long battle with cancer. He is survived by his wife Corrina Gibson-
Costello and his five children, leaving behind a legacy of Pacific achievement, having travelled and
performed in over 20 countries, recorded over 30 albums and played over 4,000 gigs. He inspired a
generation of young musicians to pursue their dreams.

There will be a special tribute performance to Daniel Rae Costello, by well known Fijian artist Stevie
Heatley, a close friend of Daniels, supported by TCB, which was Daniel’s touring band for New
Zealand and the Pacific, 2013-2015.

The 2020 Pacific Music Awards live ceremony will not take place on Wednesday 30 September as
planned. Due to COVID-19 restrictions, the event will be shared as an online presentation at 7pm on
Saturday 3 October, and a Tagata Pasifika special will be screened on TVNZ 1 on Saturday 17 October,
9.30-11am.

Tuvalu Language Week: “My language is my connection”