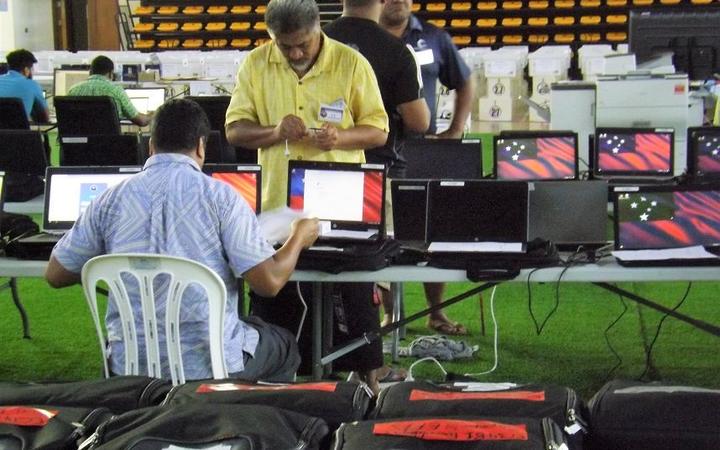 The final and official count for the Samoa general election 2021 started this morning.

By 11pm last night, all special votes had finally been sorted to the electoral constituencies – all done in the presence of official scrutineers.

Provisional results over the weekend had the two main political parties, the HRPP, and the newly formed FAST party tied each at 25 seats in the 51 seat parliament.

In a special programme aired on social media last night, Electoral Commissioner Faimalomatumua Mathew Lemisio urged patience as they go through the process of the final count.

He said the provisional count numbers are all bound to change after the special votes count.

This morning the special votes, along with pre polled votes, will be counted along with all general votes to confirm who will be representing each of the 51 constituencies in Parliament.

Faimalomatumua said seven electorates will start to be recounted today and will continue into Tuesday if needed.

These include all the Vaimauga electorates and some from Faleata.

Official counting is expected to take up to two weeks before the official count is handed to the Head of State for official writs to allow for Parliament to be convened.

Faimalomatumua said nothing will happen until the final count is done and reported to the Head of State and that will be the end of OEC involvement in the elections.

He stressed his office has nothing to do with selection of the next government.