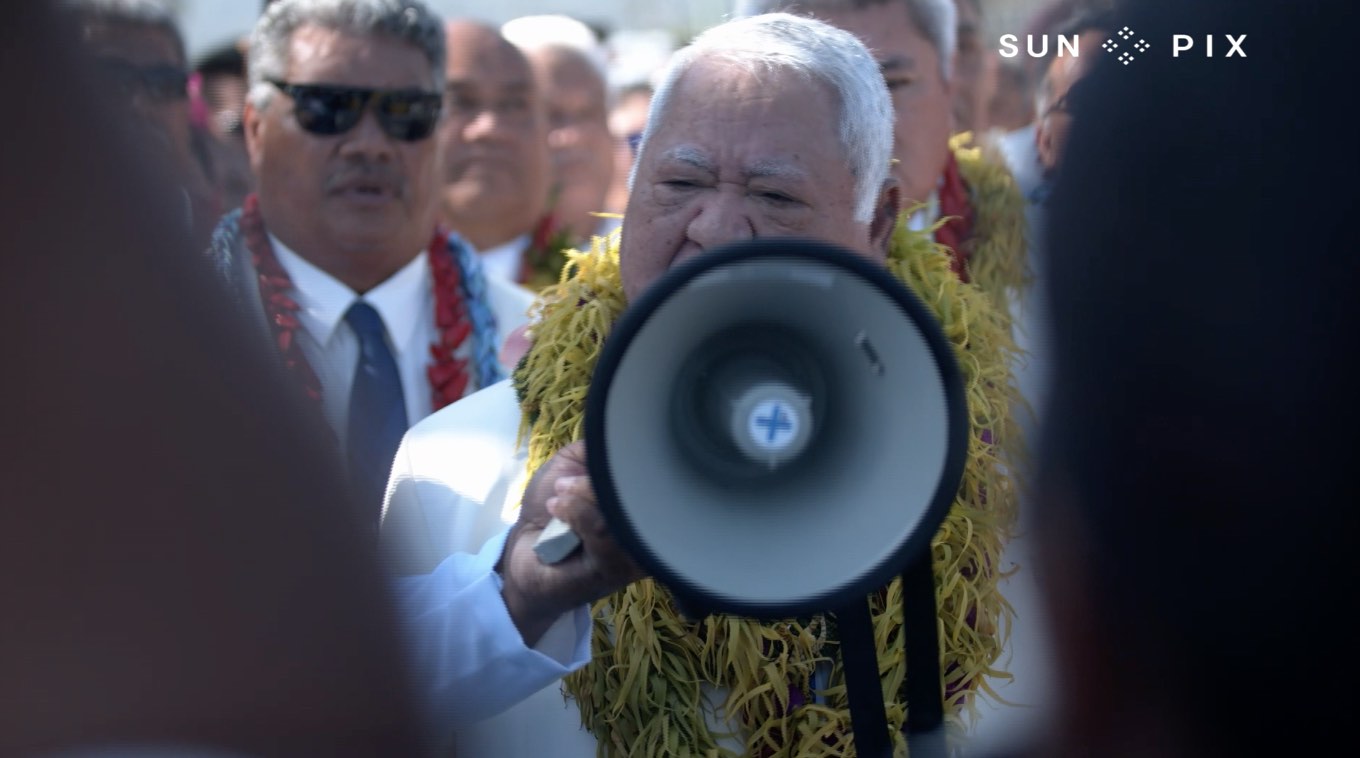 There may be light at the end of the tunnel for Samoa following a swearing in ceremony for the 18 elected members of the HRPP yesterday morning.

It concludes a turbulent week which began when the Opposition were denied a swearing in on Monday and were ultimately banned from entering Parliament, leading to a standoff with police.

Talamua Media journalist Lagi Keresoma says the Opposition was denied because they didn’t acknowledge Papali’i Li’o Taeu Masipau as the new Speaker of the House because he wasn’t sworn in by the Head of State.

“The former prime minister told the media that they did agree for the speaker to swear them in, but they were taken by surprise when they arrived on Tuesday and were banned from entering Parliament,” she says.

Amidst the upheaval, the National Council of Churches made a presence at the standoff after Tuilaepa called for their support. But things didn’t go his way.

“The National Council of Churches advised them to accept the Government’s decision. So they didn’t expect that to come from NCC,” Lagi says.

“According to the Archbishop, this is the church leaders’ turn to stand up and everything, so that’s why. It was nothing to do with the politics or anything, but just that Samoa remains peaceful and calm.”

But with budget talks in progress without the Opposition present, Tuilaepa wasn’t backing down.

“A Parliament without an opposition is a very dangerous situation,” he told 1News.

On Thursday, the Supreme Court ruled in favour of the HRPP to be sworn in immediately, and a ceremony was held the following morning with members of the two parties exchanging hugs and handshakes beforehand.