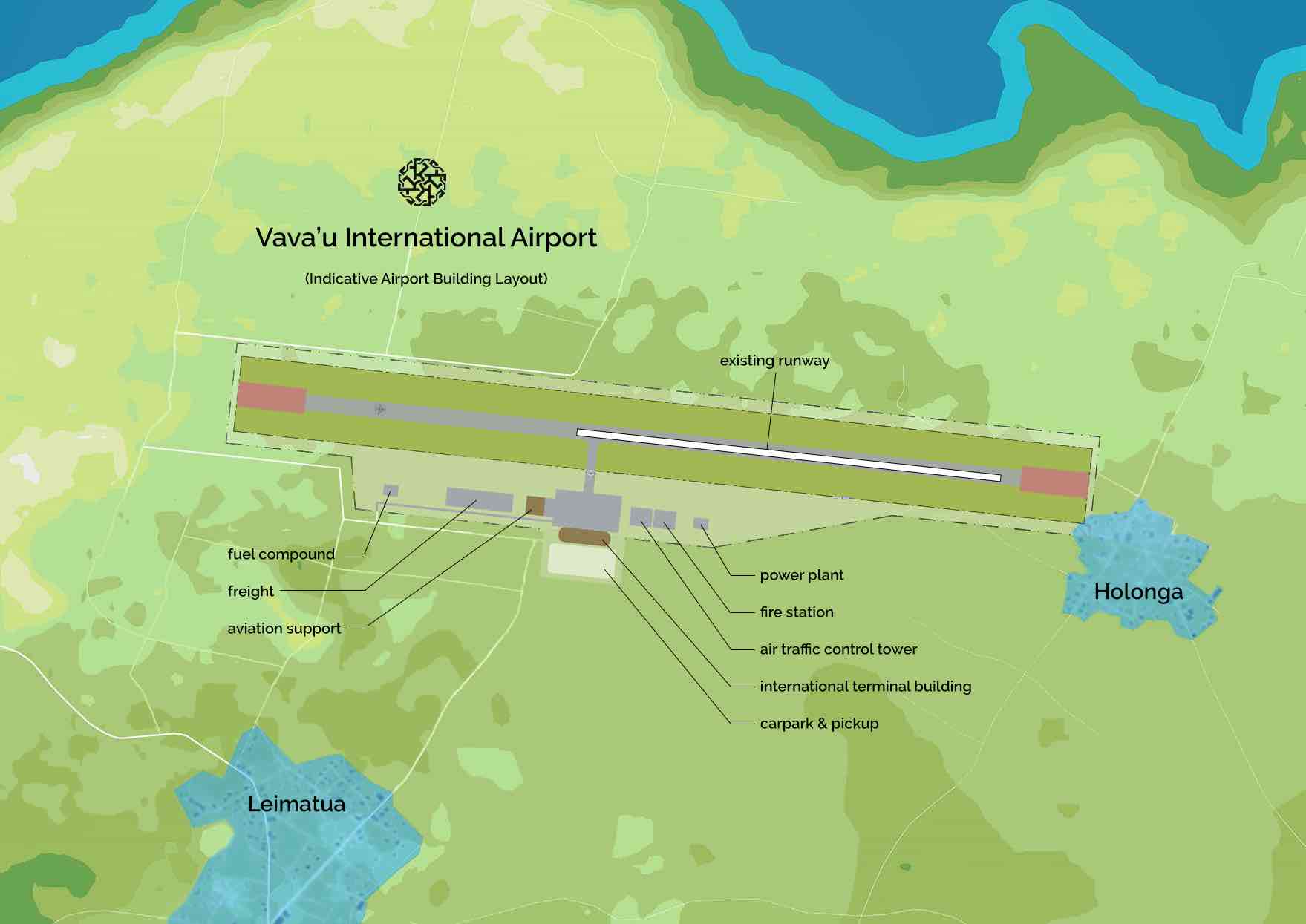 New Zealand travellers and trading partners with Tonga are set to benefit from the opening of the country’s largest international airport.

The new development will allow Kiwi tourists to fly direct to Tonga’s main tourism hub Vava’u for the first time as well as expanding trade access for a wider range of goods and services. New Zealand is Tonga’s largest tourism market, making up 42% of visitor numbers.

New Zealand is also a key export market for Tonga with two-way trade between the countries valued at NZD$240 million per annum.

The $172m project will see Vava’u International Airport’s existing building replaced with a proposed new 8,000sqm terminal and cargo facility along with an extended runway capable of accommodating long-range aircraft.

The new airport will be one of the world’s first to be designed to meet the needs of a post COVID tourism market and is considered a key component of the strategy in the regeneration and development of a high quality tourism market for the Pacific Island nation.

Talks are currently underway with New Zealand architects, along with those in other markets, around the design of the new airport which will also provide opportunities for specialist skilled labour.

A multi-megawatt renewable energy plant to be built as part of the development will harness solar and wind to power the airport as well as contribute to Vava’u’s resident population of over 13,700 – reducing emissions and working towards eliminating the need for imported diesel, which supplies 90% of power to the island.

Vava’u is Tonga’s main tourism hub, with 34 islands in the group providing dramatic scenery and a world-renowned centre for water-related activities, however the current length of the runway prevents access from larger aircraft – restricting international flights from a number of countries to neighbouring Pacific Islands of Fiji and Samoa.

Havea L. Gatti, Raw Mana Ltd CEO, says the project will provide cargo infrastructure for a wider range of import and export opportunities for Tonga and trading partners such as New Zealand.

Gatti says currently all airfreight is first transported to Tongatapu, which increases the cost of the produce prior to export and impacts the freshness of the products and the overall price that can be achieved within the target markets.

“While the capacity constraints of Vava’u’s cargo infrastructure limit the majority of agricultural exports to less perishable produce such as vanilla, squash and yams, when the new international airport comes online in 2024 it will open up a range of business opportunities for trading partners and will lead to the diversification of Tongan producers into more high value raw and processed exports.

“The direct flights would make it possible to land fish caught in Tongan waters and other fresh local produce on the tables of New Zealand restaurants the next day.

Gatti says the airport will also see a significantly increased capacity for high-value tourism and will encourage investment in hotels and associated businesses.

“Tonga also offers exceptional experiences for tourists ranging from archaeological history extending back over 2,300 years, which includes ancient megaliths through to the ability to see humpback whales nursing newborn calves in shallow waters around the coastline.

“The Vava’u International Airport will provide direct access from key tourism markets helping increase the proportion of Tonga’s GDP that is derived from this sector of the economy. We want to offer a premium experience for visitors which is in line with the positioning of other island destinations such as the Maldives,” he says.

Gatti says the Vava’u group development project would not be possible without the support of His Majesty King Tupou VI, the High Commission of Tonga in London UK, Palms Tonga and the Tongan Tourism Authority, who they will engage with fully on all tourism activities.

Gatti says multiple funding sources are accessible with a final decision to be made prior to the start of the development.

The Late Ones: The Samoan-African band using music to fight injustice