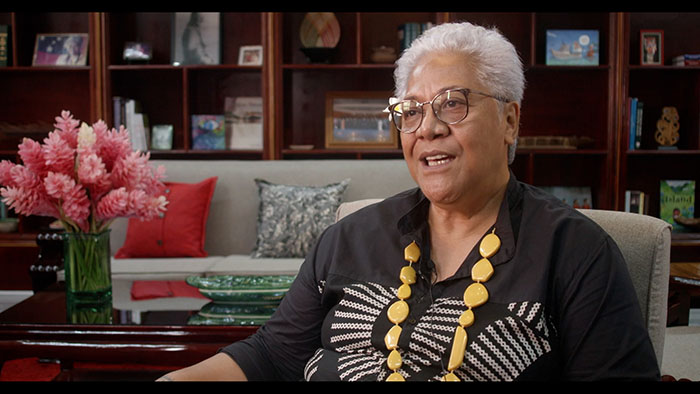 On the 1st of January 1962, Western Sāmoa became independent. The heads of state, Tupua Tamasese and Malietoa Tanumafili, gave their oaths of office at the Malae o Tiafau, making the Pacific nation the first to gain independence from the administration of New Zealand.

She says the country has journeyed through the last 60 years “mostly successfully” despite a number of challenges.

“I think we’ve been fortunate – although we are small and we are lacking in some of the key areas, I think the Sāmoan society, through its customs and traditions and especially underpinnings of our faith those have carried us through the 60 years,” she says. 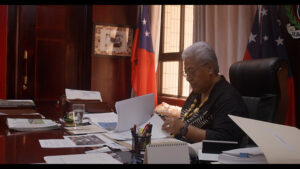 Fiamē entered politics in 1985. Over the years, Sāmoa has seen many changes from the impacts of natural disasters and health crises to the political tensions at the last general election.

“We were able to come through that and the legal provisions that had been prepared through our forefathers and the constitutional conventions, I think those fundamental frameworks and principals upon which most democratic countries are built on, you know, they came through for us finally.”

Like many countries around the world, Sāmoa is navigating life amid Covid-19. In August, the borders will open to international visitors to help with the pandemic rebuild.

“In order to recover and rebuild from the pandemic, we can only do this through the joint efforts of everyone, so essentially, we are about increasing the participation in the recovery process.

“We need a much broader and collective approach to recover from the effects of the pandemic and to rebuild the livelihoods that have been greatly impacted during this period.”

Moving forward, Samoa has to re-look at its relationship with the world, especially as the pacific becomes a focus for larger countries. 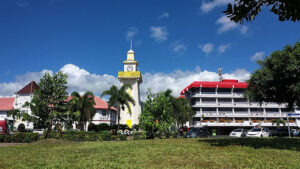 “The Pacific has again become a contestable region, you know. There are new defining arrangements – we now hear the language around Indo-Pacific, so it’s become a bigger grouping,” she says.

“Nevertheless, in the midst of all that is our Pacific region, our blue Pacific continent. It’s our home, but now it’s such a contestable area with major powers and influences globally. It makes the journey for small countries even more challenging to keep our focus on where it should be.”

Sāmoa will have a year-long commemoration of its 60th anniversary starting in June. All districts and villages have been encouraged to follow the covid restriction rules during the celebrations.

“The theme is in Samoan “Folau ma le Faatuatua”, and that will be my message – to sail with faith,” she says.

“Despite all our many setbacks, you know, we have arrived at this place mostly intact but also feeling that we can move through this and we can recover, and that, of course, Sāmoa is founded on God, our Christian faith, but more importantly too that we have faith in humanity you know the people will carry us through this journey 60 years onwards.”