Cook Islanders went to the polls on August 1, and provisional results have the CIP on ten seats, the main opposition Democratic Party with six, the Cook Islands United Party (CIUP) with four, while independents hold three. However, one other seat remains tied between the CIP and CIUP, with special votes still to be counted. There are 24 seats in the Cook Islands parliament.

After final provisional results came in, Brown, at his Takuvaine-Tutakimoa electorate headquarters on election night, was in a buoyant mood.

“I think we’re very happy now that we’ve got a bit more of a confirmation of the numbers,” Brown says.

“So, with our ten confirmed seats and one that is tied – and I expect us to pick up in Ngatangi’ia – plus our coalition arrangements with our independents, you know that gives us the numbers to govern with a clear majority for the next four years and we’re really looking forward to that.”

Subject to confirmation, Brown’s confidence is not mis-placed; he’s certainly in the box seat in an election he confessed was low-key, especially when compared to past ones.

“It’s really a personal approach by candidates to talk to their voters, visit their voters and try and find out what the issues are with them, rather than have the big rallies and big meetings that traditionally we’ve had in the past so that’s the reason why it’s been low key and I think it’s worked very well for us,” Brown says.

But some critics argue the election has been low key because it was called early in the election cycle giving opponents less time to prepare and, cynically, held in the middle of the country’s Te Maeva Nui annual Constitution Celebrations.

“Not surprised the PM called an early election but very disappointed, disappointed in the way that it’s been called right at the beginning of our celebrations,” says Teariki Heather, the leader of the Cook Islands United Party.

“Papa Arapati (Albert Henry, the nation’s first Premier) has made this self-government our sovereign day in the country and that has been since 1965, that’s how disappointed I am with the early calling.”

Despite his antipathy, the CIUP was one of the big winners on election night with Heather winning his seat while three of his candidates also won theirs’. Their wins came largely at the expense of the main opposition Democratic Party whose leader, Tina Browne, was contesting the outer island set of Rakahanga. She managed to win her seat but lost key seats and allies, especially on Rarotonga. The Demos lost five of the 11 seats they picked up in 2018. 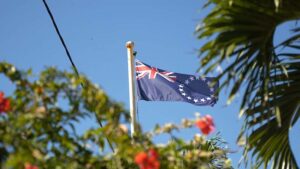 Looking back on this election, CIP Leader Mark Brown says it’s been a tough campaign, his first as Party leader having taken over the leadership from Henry Puna part-way through the last term. A transition of power that came just as the global pandemic was impacting and where Brown had to step to steer the country through trying times.

“I think it played a big factor for many people being able to demonstrate that you can manage a country in a crisis, it’s really where character is displayed. Making some tuff calls and tuff decisions, you know you’re talking about people’s lives that are going to be affected by covid,” Brown says.

“I think we managed to balance between public health and the need to engage with the economy as well, in a way that didn’t turn people off, in a way that encouraged people to move ahead. So I think that was a big factor in us getting to this position tonight.”