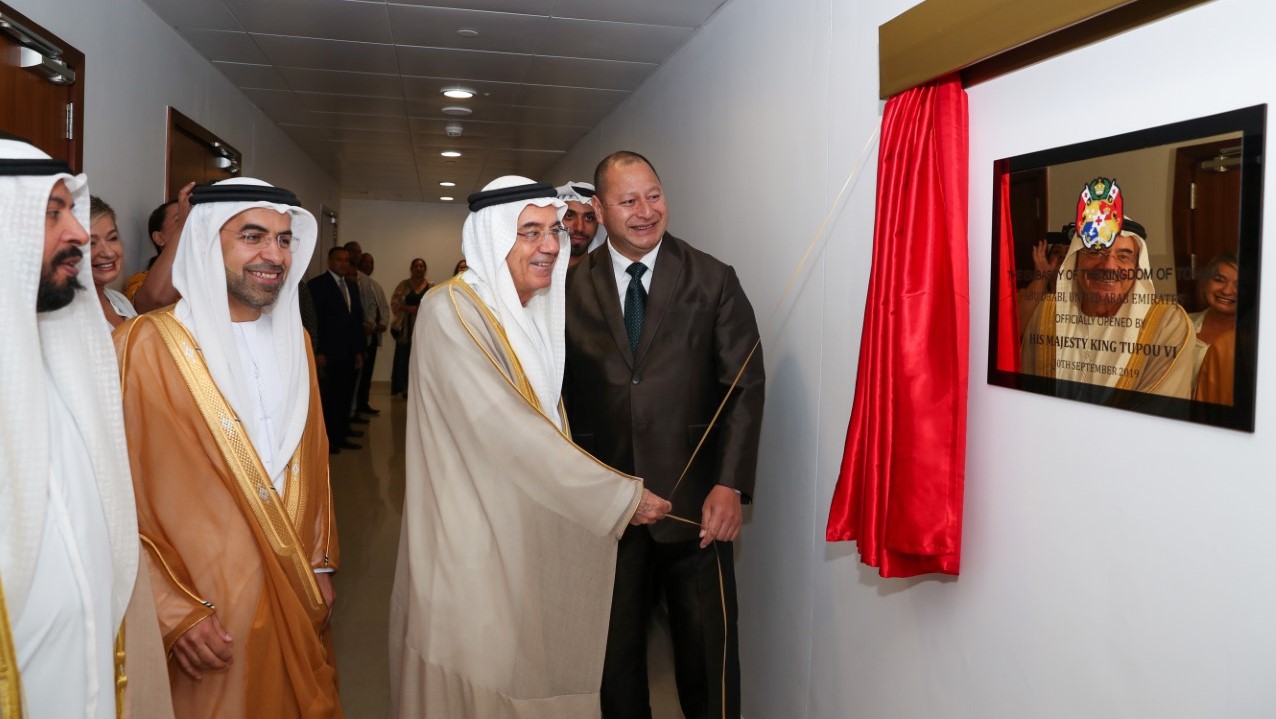 Tonga’s King His Majesty King Tupou VI officially opened the Embassy of the Kingdom of Tonga in Abu Dhabi, United Arab Emirates on Monday, with H.E. Ambassador of Tonga to the UAE, Hon. Akauola. United Arab Emirates’s Minister of State Zaki Nusseibeh was also present at the opening of the new embassy, which is located in the Etihad Towers.

The opening was attended by a number of Tongan ambassadors to several countries as well as a host of officials and heads of Arab and foreign diplomatic missions accredited to the country.

Nusseibeh congratulated King Tupou VI on the opening of the mission. Akauola praised the UAE Ministry of Foreign Affairs and International Cooperation for its efforts in facilitating the embassy’s opening, affirming the importance of this step in further developing relations between the two countries.