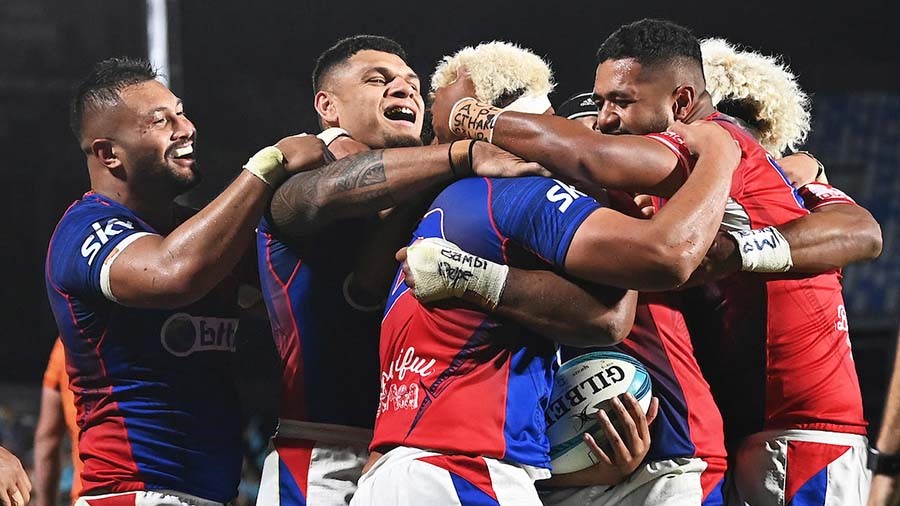 A year to remember for Moana Pasifika

When Aaron Mauger and the Moana Pasifika team prepared for their inaugural Super Rugby season this year, expectations were understandably kept in check, given it was their maiden year as a club.

However, right from the first week, the team was hit hard with countless obstacles as they struggled through the early rounds of the competition.

Covid seemed to have affected the team the most as they faced multiple match postponements due to the ongoing pandemic. As a result, Moana found themselves playing two games in a week for three rounds just to make up for their lost games.

Even with these disruptions, the team still showed glimpses of their capability and potential on the rugby field. And it would be a steep learning learning curve for a team where 25 of the original 38-man squad had not experienced Super Rugby before.

“No other Super Rugby team in the 26-year history of the competition has had to endure our challenges,” Head coach Aaron Mauger says.

“We were tested physically and mentally and still produced some fantastic rugby, upset quality teams and unearthed some real talent.”

Moana Pasifika played 14 games in the competition with a two wins and 12 losses record. Significantly one of their wins came in their last match against the best Australian side in the competition, a 32 – 22 victory over the Brumbies.

However, the record only tells half the story. A great achievement for the teams this year is the exposure it has given to players representing Pacific Islands nations.

The Pacific Nations Cup (PNC) series kicks off next month with four teams competing and all games being played in Fiji.

Both the Ikale Tahi and Manu Samoa have benefited from Moana Pasifika with 27 players having been selected for the two teams from the Moana squad.

A few of the players selected have been massive standouts for Moana Pasifika including blockbusting Samoan forward Alamanda Motuga.

In his debut Super Rugby season this year, Motuga racked up 11 turnovers, 83 tackles and a try in just 8 games.

His hard work was rewarded at the team’s awards night when he took home the Player’s Player, Rookie of the year and the Forward of the Year awards.

Moana Pasifika CEO Pelenato Sakalia says, it was always one of their goals to build player depth in the region.

“We are excited by the prospect our players have to represent their home nations and what this means for them and their families,” Sakalia says.

“A key objective for the establishment of Moana Pasifika was to provide a professional pathway for our players into the Pasifika international rugby teams.”

Throughout the season, Moana Pasifika was also blessed to celebrate a couple of great milestones.

Former Wallaby players Sekope Kepu and Christian Leali’ifano both joined the team this year bringing their vast experience of both Super Rugby and the international arena.

The duo had an immense impact on the team adding their leadership skills on and off the field. Leali’ifano became the first Pacific player to reach 1000 Super Rugby points this season in their match against the Waratahs while Kepu notched up his 150th Super Rugby cap in their last game of the season against the Brumbies.

Leali’ifano’s service to the club was recognised when he was presented with the Moana Man of the year award at the team’s awards night.

Although the team only secured two wins from the entire season, Moana Pasifika made a statement in the competition on what they can potentially achieve.

Two upsets over top eight teams the Brumbies and Hurricanes showed that they are capable of beating stronger sides. The exposure they have gained in their debut season will definitely be important in their journey for the future.

With the Super Rugby season over and the international matches nearing, it will be exciting to see how the club will fare in next year’s Super Rugby competition.