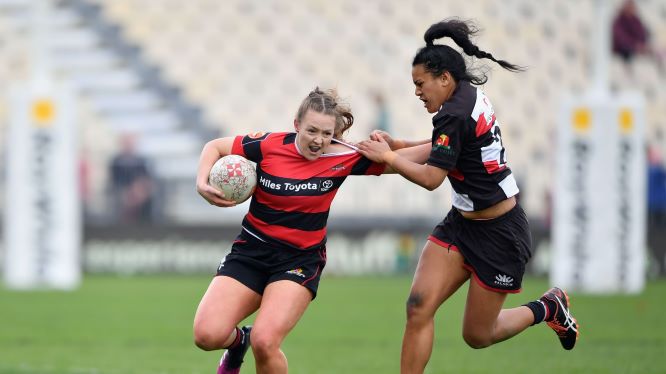 The pair are Counties Manukau teamates. Ilisapeta Molia will debut at blindside flanker, and Langi Veainu on the left wing, both wearing the black jersey for the first time.

The team is (*denotes international debut):

Maxwell said he was happy with the team’s performance against Fiji (53-0) earlier in the week and was hoping for another step up from the young side against Australia A.

“We had some key objectives and we achieved those. The players had a taste of what it’s like to play at international level, and in the heat. We saw some outstanding performances on Monday and I was really pleased we were able to try out some new combinations and have space to play our style of rugby.”

He said both Veainu and Molia were impressive athletes who would inject extra size, speed and strength to the team.

“Ilisapeta is an explosive ball carrier who makes dominant tackles and will be key on defence. Langi is a really exciting young player who is fast and strong. Friday is their chance to put their hands up and make their mark.

“A development side is all about giving up-and-coming players opportunities to impress, and for the coaches to see their potential. The players are really responding to the trainings and it’s exciting to see them put what they’re learning into practice. The longer they spend together, the more they’re coming out of their shells and are able to express themselves on the field.

“We’re looking forward to seeing how they go against a young Australian side,” Maxwell said.

It is the first time a Black Ferns Development XV side has taken part in the Oceania Rugby Women’s Championship which includes Fiji, Samoa, Papua New Guinea, Tonga and Australia A.

The Black Ferns and Australia have qualified for 2021 Rugby World Cup and will play in pool matches only.

All matches will be screened live on SKY Sport 1.