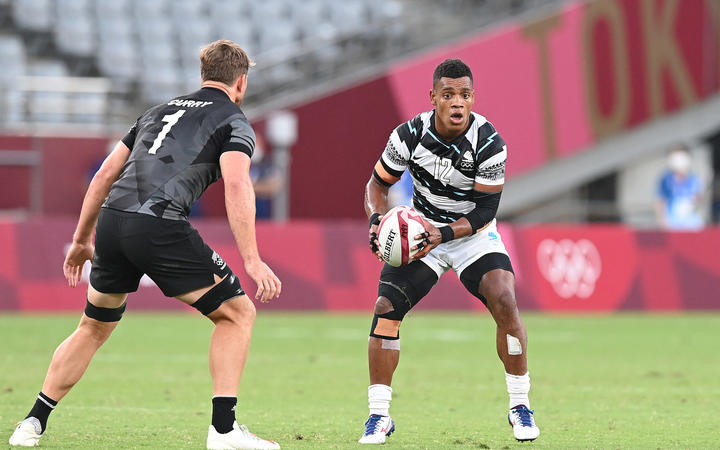 “We’re steaming ahead towards our historic first season, and today’s naming signals our intentions – we are going to delight rugby fans with that typical Fijian flair and playing style,” he said.

“It also underscores our commitment to offer a pathway for Fijian players into Super Rugby. The competition is about to get a whole lot more exciting, and we can’t wait for rugby fans to see our Fijian Drua in action.”

Fiji Rugby’s General Manager of the High Performance Unit, Simon Raiwalui, said this announcement sets the foundation for what fans can expect from the full squad.

“All five players unveiled today are home-grown and have come through our Fiji Airways Fijian 7s, Age-Group or High Performance programmes,” he said.

“It is wonderful to be able to reward these players with a professional contract to play in the world’s best club rugby competition.”

Bolaca, 24, was the top points scorer in the 2019-20 World Sevens Series and the Olympic champion has also been recognised as the Fijian Drua’s first ever signing.

“The inclusion of Napolioni Bolaca (as the) Fijian Drua Number 1 is well deserved,” Thorburn said.

“He exemplifies some of the key values of our club and plays the game with pure joy and heart.”

Veteran loose forward Nemani Nagusa joins the Drua after a number of years with Stade Aurillacois Cantal Auvergne in France and Newcastle Falcons in the English Premiership.

The 33 year old made his test debut back in 2012 and Raiwalui said he will return home with some valuable international experience amongst what will be a predominantly young squad.

“As a former 7s player, he possesses power and offload skills and will be a valuable addition to the back-row.”

Tevita Ikanavire, 22, is a former Fiji Under 20s captain who made his test debut against Georgia in November and previously played for Fiji Warriors and the Drua in the Australian NRC.

Tailevu halfback Simione Kuruvoli, 22, also made his Flying Fijians test debut against Georgia and held his own against All Blacks legend Aaron Smith during the first test against New Zealand in July.

Bay of Plenty winger Onisi Ratave, 29, has also signed on with the Drua, after making waves in his first handful of appearances in New Zealand’s NPC provincial competition.

The rising star was part of the extended Fijian 7s and Flying Fijians squads earlier this year and has four tries in just three appearances for the Steamers.

Simon Raiwalui said the Drua have a depth chart that includes about 100 players. 27 have been offered Drua contracts so far, with 20 of those already signing on the dotted line.

The franchise has been in a race against time to confirm their playing squad, after their Super Rugby licence was only confirmed at the end of August.

Raiwalui said the delay meant some prospective recruits ended up signing elsewhere but no player has turned the Drua down since they began offering contracts two two weeks ago.

Brian Thorburn said the squad will assemble in Australia on 15 October and spend two weeks in quarantine before beginning their pre-season training at the start of November.

The Drua will reveal its inaugural coaching staff shortly, with further player announcements to be made in the coming weeks.

Niue vaccination events set to launch this week across Aotearoa