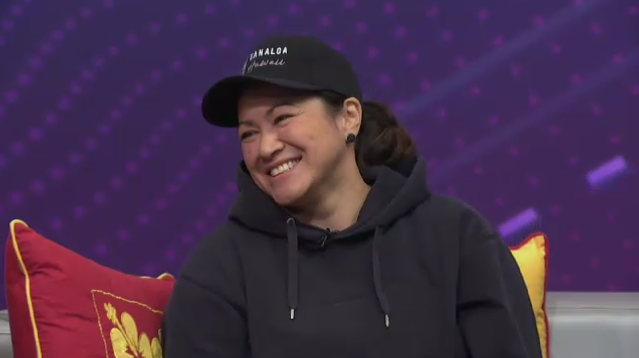 The first ever Māori and Polynesian owned and operated professional rugby club is expected to start in America’s Major League Rugby competition next year.

Based in Oahu, Hawaii, the team’s called Kanaloa Hawaii Rugby, and among its backers are former All Blacks including Anthony Tuitavake, Ben Atiga, John Afoa, Jerome Kaino and Joe Rokocoko.

Club Co-Founder and CEO Tracy Atiga, who is the first Polynesian and Māori woman CEO in professional rugby, made the announcement on Tagata Pasifika this morning.

“It’s significant not only for Pacific Island players but for the community itself,” Atiga said.

“The movement behind it is really about inspiring our community to understand that we can do whatever we feel we need to do.”

Kanaloa Hawaii Rugby will contract 40 players from across the Wider Oceania, Asia and the US region with a commitment to appoint a minimum 25% local players of Hawaiian heritage.

The club took up the opportunity to make a bid to join next year’s MLR competition after its cancellation this year due to Covid-19.

“We had found out in January that Colorado Raptors had pulled out, and essentially while everybody else was down trying to figure out how to survive through the Covid, we were ambitious and we said, ‘We’re gonna make a pitch to the MLR’,” Atiga said.

It promises another pathway for talented Pacific Islands rugby players into professional sport.

“By taking on the responsibility of a club; Kanaloa Hawaii Rugby can provide direct solutions to challenges that Māori and Pasifika players face in the rugby industry.”

Tracy Atiga and Kanaloa Hawaii Co-Founders Cam Kilgour (Rugby Manager) and Matt Atiga (Director of High Performance) have pledged “to lead through a Polynesian village ethos based on servant leadership principles that are guided by the organisation’s values of faith and family”.

Former All Blacks skills coach Mick Byrne has been appointed as Head Coach, with former All Black Tamati Ellison his Assistant and Joel Byrne as Director of Strength & Conditioning.

Kanalo Hawaii is expected to announce a team of coaches, staff and players in the coming days. Tryouts, a season schedule, memberships and official launch details are expected to be released soon.

To submit your interest as a player, coach, administrator or volunteer please contact Cam Kilgour cam@kanaloahi.com

5G, Covid-19 and Conspiracy theories: what information do you trust?

Air-bridge still a way off for Cook Islanders and NZ

‘Samoan Huskies’ look to make waves in the NZNBL

Gallagher Chiefs ‘raring to go’ ahead of Super Rugby Aotearoa