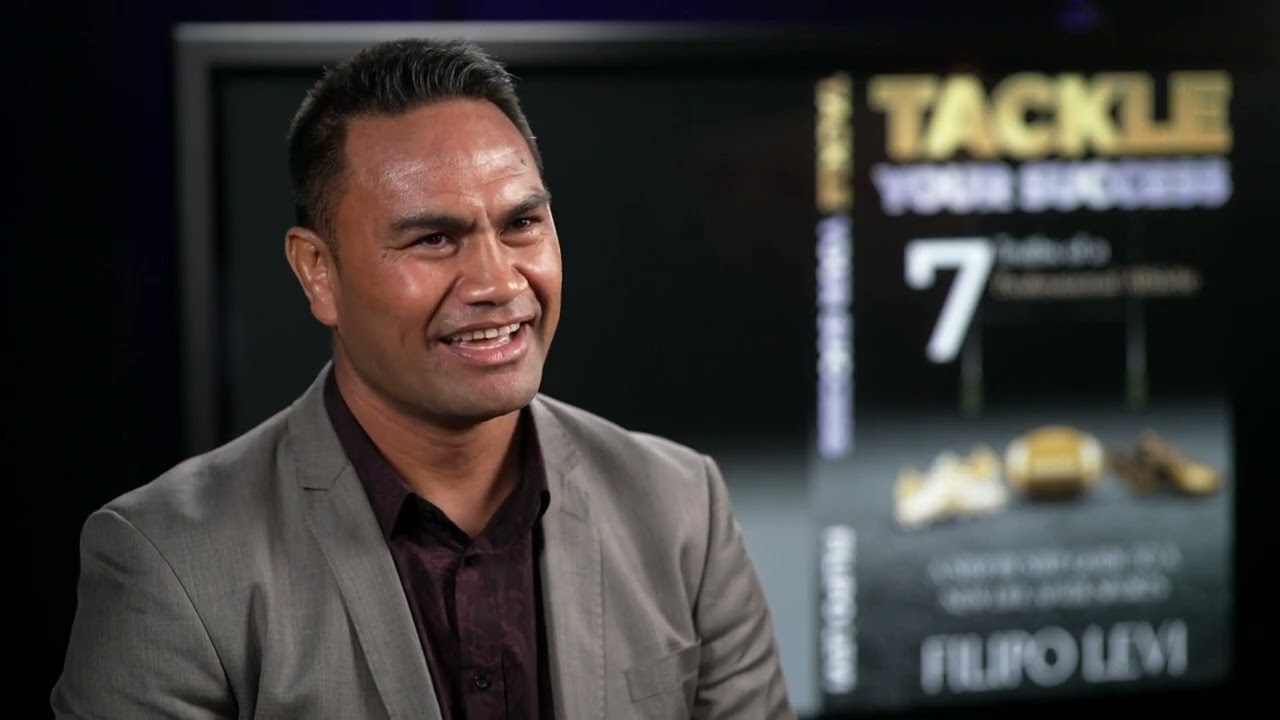 He’s a Businessman and Motivational Speaker who firmly believes in a team culture.

And it’s that culture that’s a key part of the message behind “Tackle Your Success”, a book which deals with change.

“You just have to have those strengths and you have those values you learnt as a person, in your families, through church, through communities…. that can really guide you in the next step forward.”

By the time Mulitalo joined the Highlanders Super Rugby team in 2002, he’d already come through a system which had prepared him for a life of rugby.

He had played First XV rugby at Otago Boys High, made the New Zealand Colts team that won the U21 World Cup in 2000 while the making the Otago NPC side.

And in an interview back in 2002, he talked about how much more intense, physically and mentally, the step up to Super Rugby was.

Mulitalo spent Seven years at the Highlanders before heading off to Japan, where Samoa and International rugby came calling, before returning to New Zealand five years later. But nothing had prepared him for life after rugby.

“When I finished rugby after 13 years travelling the globe and coming back to New Zealand, everything was different because I was no longer in that bubble,” Mulitalo says,

“So, I went through a sort of emotional sort of rollercoaster, mental… sort of a spiral because everything was taken away from me in terms of the structure, day to day.

“When that stopped, I thought, goodness me what’s next?”

Mulitalo says it wasn’t an easy time for him even though he had his wife and wider family there for him.

“They couldn’t really understand what was happening. They could be there for me but, for me, it was quite personal, that change.

“I had really had to come out of that bubble and seek help and ask guys who were there that had already done it because, if I had stayed in that bedroom for too long, things would have been a bit different,” he says.

When things got tough, he turned to other retired rugby players from his old stomping grounds in Otago, players who had already transitioned and gone through that process.

“They reached out because they were working for the New Zealand Players Association, they just had a cup of tea, talanoa and then after two months that’s when I said yes to them, can I meet someone that can help me?

“So, that went to me meeting up with a careers specialist and that pretty much started that process of, what had I learnt in my career? What have I learnt as an athlete, to help me move forward into my next career?” Mulitalo says

That next career involved helping businesses motivate their teams while reaching out to fellow ex-players to form the Rugby Union Business Club.

“The reason why I started that was because I wanted something that can provide a platform for athletes to speak on their transition but also, what are they doing now? And able to create a product – a business product – out of that to help them and their families to continue through their journey,” he says

Mulitalo began working on the book ‘Tackle Your Success’ at the start of the global pandemic in 2020, a period of uncertainty which gave him time to reflect on his career and understand the importance of wellbeing.

“Probably one thing I created in the book is a framework. One framework is called ‘Fala Pasifika’ so the fala is a Pacific mat and the Fala Pasifika is about the wellbeing of people. So, there are different sorts of strands, seven strands of wellbeing that I’ve reflected on and, how to strengthen our resilience in this time of this pandemic.” Mulitalo says.

“But also understanding we are resilient when these strands are really nice and tight together like a fala. So the Fala is universal; it’s able to have more resilience and strengthen our culture to our faith, to physical and mental health, to all those aspects of wellbeing.”