HomeSports'Ikale Tahi on a mission to make Tonga proud 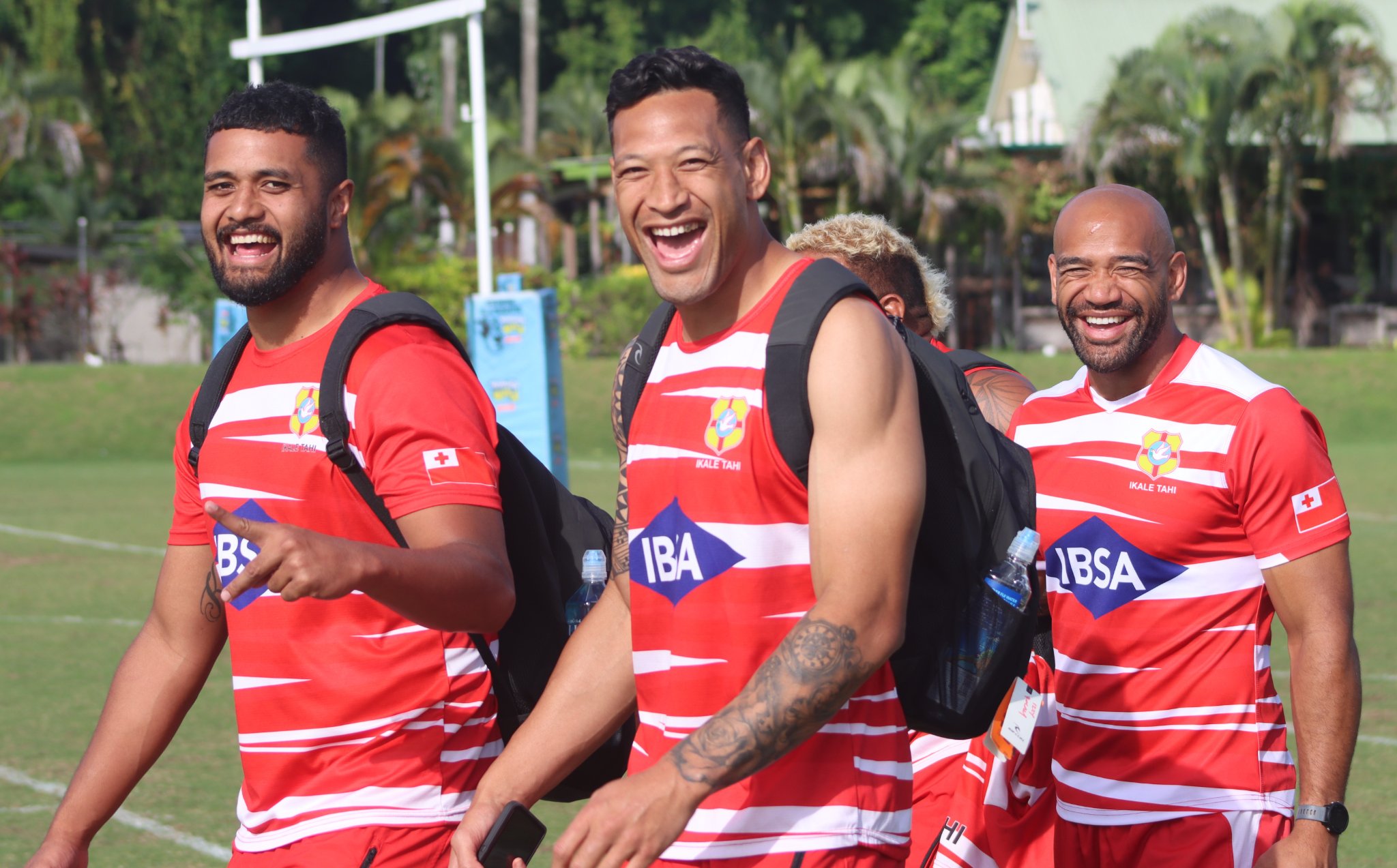 After last year’s disappointing losses to Manu Samoa and the All Blacks, the ‘Ikale Tahi rugby team will be looking to bounce back stronger in this year’s Pacific Nations Cup (PNC).

As they also look to secure a spot in next year’s Rugby World Cup, their head coach Toutai Kefu is feeling positive as they set out to conquer on their journey ahead.

“Yeah preparations have been going well as we get closer to our assembling date. It obviously gets busier sorting through selections and injuries, but we have been preparing since November-December last year.” Kefu stated.

‘Ikale Tahi’s preparations have been given a much needed boost with the inclusion of some of rugby’s big names in their squad. The likes of ex-Wallaby Israel Folau and former All Blacks Malakai Fekitoa and Charles Piutau, are all in line for their Tonga debut in the upcoming months.

The addition of these players was made possible due to new eligibility rules by World Rugby. As of last year, players are now eligible to switch nations if they have been stood down from international duties for a three year period.

The new laws gave many former tier one players the chance to represent their home nations including Tonga, Fiji and Samoa. The change has been welcomed not only by Kefu but the younger players in the team.

“These new laws have hugely transformed our team. It gives us a whole new access to some really high quality players,” Kefu says.

“A lot of the younger players that are in our squad would have watched a lot of these players play for the Wallabies and All Blacks. To now have them train, mix and socialise together is fantastic.”

The Pacific Nations Cup kicks off in July with a total of four teams. The tournament will run over two weeks and will be based in Fiji.

2022 has been a monumental season for Pacific rugby in general.

The inclusion of Moana Pasifika and Fijian Drua in Super Rugby has been pivotal for many island players. Both Moana and Fijian Drua have made had a great impact on  Tonga, Fiji and Samoa with abut 30 players spread among the three teams.

The influence of the Pacific islands on rugby has always been strong over the years and it is something Kefu is truly proud of.

“Pacific islanders have had a huge impact on rugby throughout the decades. You look now at the bigger unions, there are Samoans, Tongans and Fijians representing Ireland, Wales and other bigger teams.”
“It pretty much shows that we have a strong fingerprint on the world in terms of our presence in the sport. The sport has also been a passport for our pacific players to provide for their families back in the islands.”

With everything that has happened this year affecting Tonga, Kefu hopes that this will act as motivation for his team when they run out on the field. From natural disasters, to COVID sweeping through the tiny nation, Kefu understands the importance of their team especially to the locals.

“I know this is huge for our people back home. I want to let them know that we are always praying for them especially in these difficult times.”