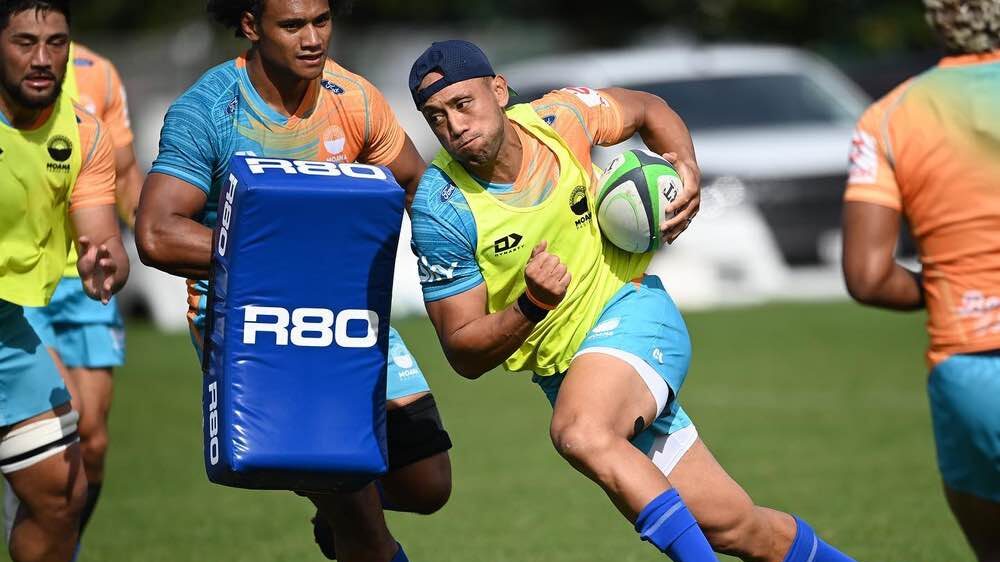 Moana Pasifika head coach Aaron Mauger and his boys head back to Mt Smart Stadium eager to turn things around.

Christian Leali’ifano is nine points away from being the first pacific rugby player to reach 1000 in Super Rugby.

Moana left Australia with a lot of lessons after their match against the Melbourne Rebels. Having only played one of their two games due to Covid, the Auckland based team are fully settling into what was expected for their maiden season; a year of growing and finding their feet.

The loss to the Melbourne Rebels did hurt, as the end result could have gone either way.

Playmaker Christian Leali’ifano echoed the disappointment they had felt after last week’s result, but says there are “plenty of positives” to look ahead to.

“The whole group was obviously pretty disappointed in the result, and then we sort of reflected and reviewed it and saw the opportunities that we missed; plenty of positives to look at, the next step is to win them and win them comfortably” Leali’ifano said.

Leali’ifano spoke of the basic errors that hurt them for most periods of the game and the effect it had on their game plan.

Coach Filo Tiatia says that there were no serious injuries from the Australia trip and that the boys are all back home “training very well” for their home fixture with the Waratahs.

The NSW Waratahs come into this weekend’s game with a major uplift in their team after defeating the favourites Crusaders last weekend. Nearing the playoffs time of the season, the win over Crusaders elevates the Waratahs as one to look out for in the upcoming weeks.

Leali’ifano acknowledges their success to their strong forward pack with the likes of Michael Hooper and emerging loose forward Charlie Gamble.

“We want to play our normal game in attack and be clinical in all areas. We hope we can get our fans and our people out here at Mt Smart Stadium and get behind the boys”

Leali’ifano is currently nine points away from reaching 1000 points in Super Rugby; a feat no pacific player has achieved. The long serving first five eight remains humble about his accomplishments and says that it is just a “number” next to his name.

However Filo Tiatia was quick to praise Christian for his service and efforts to the game of rugby but more to the Pacific people.

“Watching Nu (Leali’ifano) over his career in Australia, coming close to a 1000 points is a mean feat and a heck of a milestone for any athlete. I just want to let him know that we are proud of him, and we will definitely celebrate what he’s done for his Leali’ifano aiga, but also the Pacific people”.

“These milestones are important to be acknowledged, especially with what he has done for the many team he has played and served for, including Moana Pasifika.”