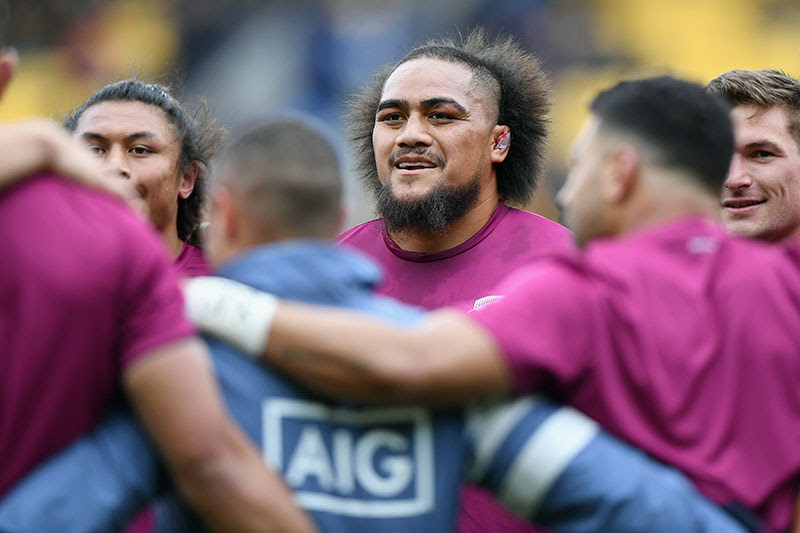 All Blacks and Blues prop Ofa Tuungafasi has signed a new contract with New Zealand Rugby (NZR) and his Blues club.

In what is a major re-signing, Tuungafasi will stay in New Zealand until 2024, which makes him the first All Black to reconfirm his allegiance to New Zealand beyond the 2023 Rugby World Cup.

The 28-year-old, who this month is set to become the Blues’ seventh centurion, said he was excited to continue playing in New Zealand.

“Myself and my family love it here. It’s our home and our extended families are here,” said Tuungafasi.

“I am a Blues player through-and-through. I love the club and the people. We are developing something special on and off the field at the club and I want to be part of it for the next few years.

“I am also blessed to have played for New Zealand at one Rugby World Cup and will be doing everything in my power to play in the next one and hopefully help the All Blacks bring the trophy back home.”

“Ofa has been a huge asset for both the Blues and All Blacks in recent seasons, is a growing leader amongst our players, and is hugely respected by all,” he said.

“Ofa epitomises our values – he’s humble, professional and driven to be the best he can be, on and off the field.  To know he has recommitted to New Zealand is huge for us.  We congratulate Ofa, his wife Emma and their family and are delighted with their decision.”

Blues Head Coach Leon MacDonald said he was also delighted that Tuungafasi would remain at the club for another four years.

“On the field, Ofa is our anchor. He might be a quietly spoken person but his actions in terms of work ethic, professionalism and high-quality performances every day resonate loudly around this place,” said MacDonald.

“He currently leads a group of All Black props who all share information and push each other to develop into better players.

“Ofa is a wonderful person, a devout family man and someone who we are very proud to work with every day.”

Tuungafasi will play his 99th game for the Blues if selected for this Sunday’s Sky Super Rugby Aotearoa game against the Crusaders at Eden Park.

Ofa Tuungafasi has been one of the busiest front rowers for the Blues and All Blacks in recent years. A defensive rock and big man, the softly-spoken Tuungafasi made his All Blacks debut in 2016 against Wales after establishing himself as a standout player for Auckland and the Blues. He has now clocked up 39 Tests.

Born in Tonga and schooled at Mangere College in South Auckland, Tuungafasi was a New Zealand Schools and New Zealand Under 20 representative.

He made his provincial debut in 2012 and Super Rugby debut a year later and became a regular starter at the Blues when senior teammates Tony Woodcock and Charlie Faumuina moved on.  While he can prop on both sides of the scrum, Ofa has settled as a tighthead specialist.

Tuungafasi joined a select group when picked for the All Blacks for the 2019 Rugby World Cup, following in the footsteps of his father Seleti who played for Tonga in the 1987 Ruby World Cup.

Tuungafasi became an internet sensation during the Covid-19 lockdown in 2020 when he was filmed scrummaging against a scrum machine he’d welded onto his Ford ute.