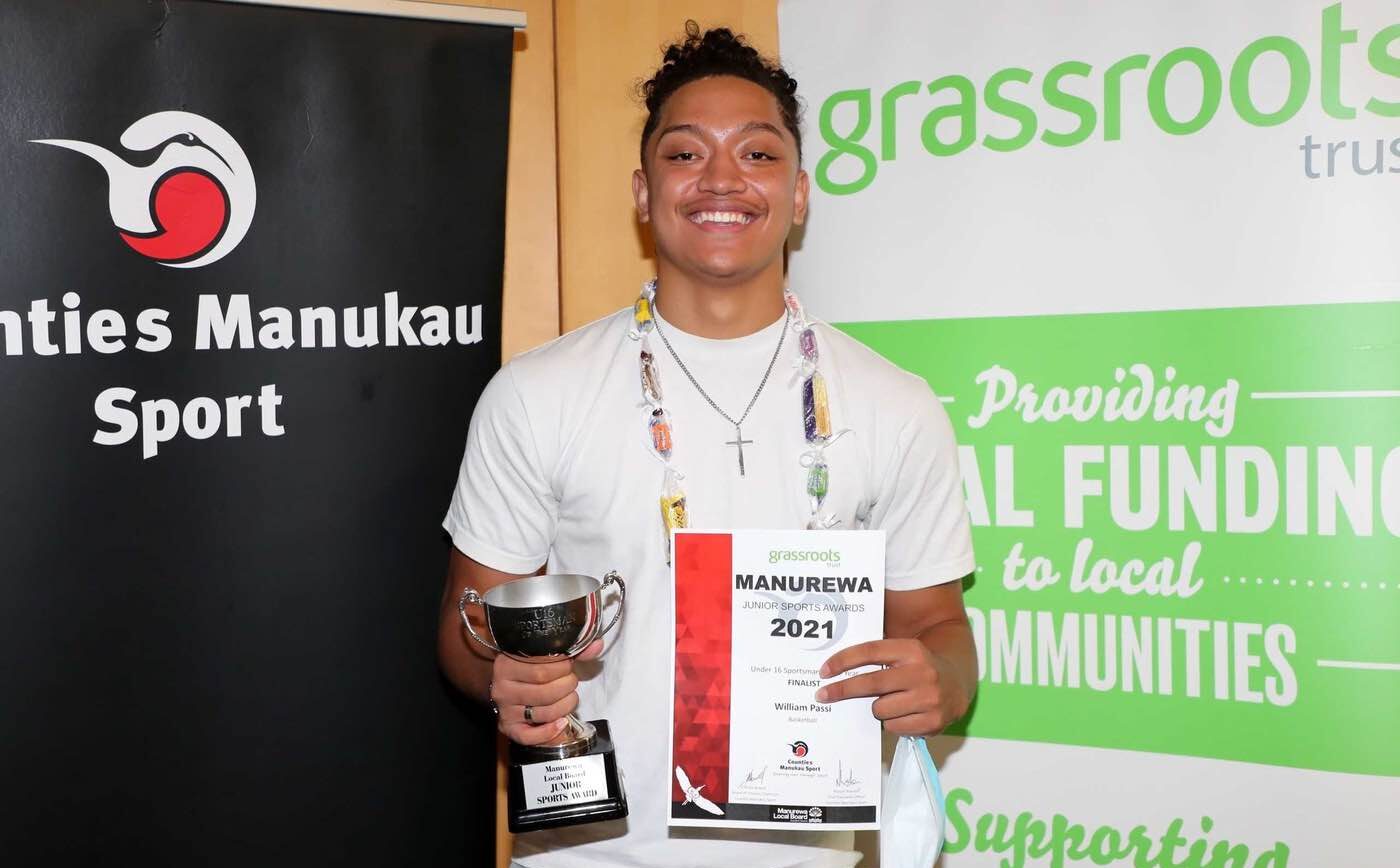 William Passi is not letting anything slow him down in making his basketball dreams a reality.

The Samoan-Tongan student from Manurewa High School has been on a steady climb towards a career in basketball, with multiple representative honours to his name.

William has been involved in the South Auckland Hoop Nations, the Tonga U15s First Nations, NZ U15s and the U16s Selection Camp, Tournament Team Selection, Counties Manukau U15s and was awarded the Manurewa Local Board U16 Sportsman of the Year Award.

“I felt very blessed and humbled but as always, the glory is given back to the Lord. Without him, I wouldn’t be where I am today,” he says.

To add to his achievements to date, William was recently selected in the NZ U17 Men’s Basketball team who will be competing in a qualifying tournament in Doha, Qatar, in June. This could potentially lead them to a spot in the U17 World Cup in Spain.

The young teen says his family, friends, coaches, and managers are just as happy as he is with his achievements so far.

“It feels good to have a village around me who are keeping my head straight and supporting me with my basketball endeavours.”

It was his older brother Frank, and cousin, Lotoahea who helped William realise his true passion for basketball.

“During my last year in intermediate, my brother and I would constantly play basketball with Lotoahea at the park on our street every day after school,” he explains.

“Ever since I decided to [take basketball seriously], many doors have opened for me.”

When asked who his biggest inspiration in basketball is, William mentioned it’s his older brother, Frank.

“He has been my teammate, mentor, coach, but most importantly one of my biggest supporters,” he says

“He has always been my right hand man on and off the court with everyday life and basketball. I wouldn’t be the person, athlete that I am today, if it weren’t for him and his love for me.”

With NCEA Level 3 needing to complete, William balances his studies and training by reminding himself that, “the student comes before the athlete”.

“Any time that I have to myself is either spent on schoolwork, resting, or recovering. One crucial thing that I try to stay persistent in is reminding myself to take it day by day, one step at a time.”

For his sports goals, William plans to move up a grade from opens to Senior A. After high school, he hopes to play in the New Zealand National Basketball League or play collegiate basketball in America with the hopes of landing a spot in the NBA later in his career.

His advice for his peers and those who are looking to pursue a career in basketball is to have dedication.

“Put yourself out there and play as much basketball as you can. Make good relationships with the right people in the industry and don’t forget who you are as a player and as a person.”

And above it all, the young teen says to “always have God be in the centre of it all.”

In the meantime, William will be focusing on making the most out of his final year as a Manurewa High School student and athlete from the class of 2022.