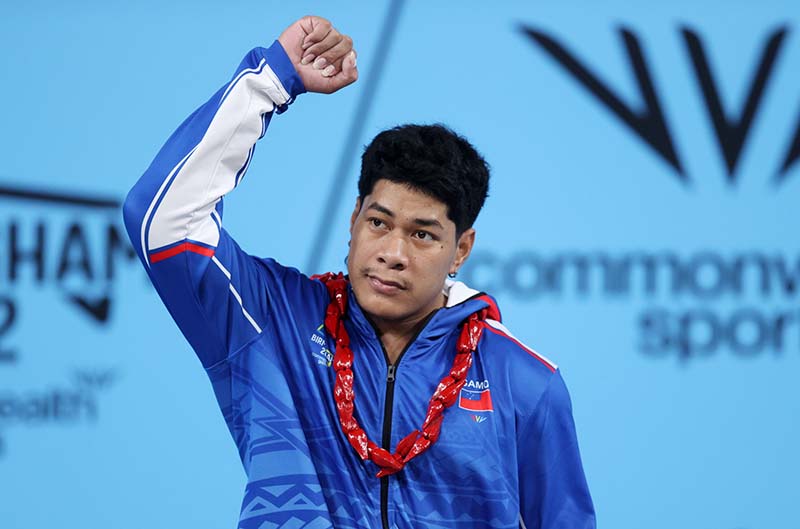 And just like that, Week 1 of the Commonwealth Games is officially done.

It’s hard to believe that it was only last week, where our athletes graced the opening ceremony in their island outfits and beautiful floral accessories.

With their elegance and poise, our Pacific athletes also graced their way through onto the medal podium in style. From rugby sevens to the boxing ring, the medals began to flow in for our Pacific nations.

As of today, Nauru, Papua New Guinea, Fiji and Samoa have placed on the medal tally with still more games action left.

In the weightlifting arena, the medal prowess continued for Samoa, as they grabbed another two silver medals through Jack Opeloge and Feagaiga Stowers.

Opeloge narrowly missed out on gold in the mens 109 kg division, falling behind by 3kgs. Stowers totalled a complete lift of 268kg behind her English opponent.

New Zealand weightlifter David Liti also claimed silver in the mens 109+kg division. Despite not matching his golden efforts in 2018, Liti still showed what he was capable of with a total lift of 394kgs.

Williams proved too strong for Cook Islands Michael Schuster in his quarterfinals bout. Faoagali advanced with a dominant performance against his opponent Andy Andall.