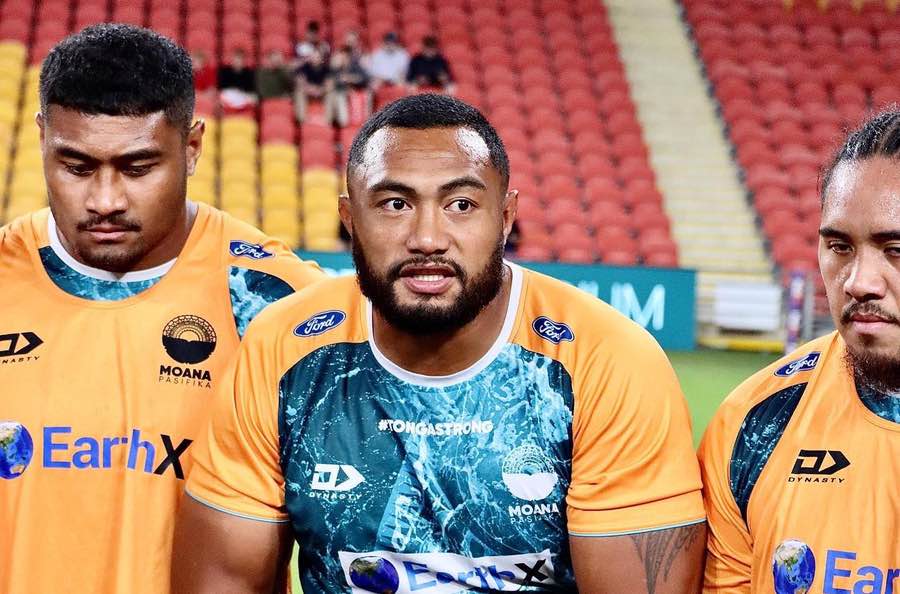 A leader with presence and mana.

This is how Moana Pasifika’s Assistant Coach Filo Tiatia describes captain Sekope Kepu, on the eve of his 150th Super Rugby game.

Sekope will lead out Moana Pasifika in their last game of the season tomorrow night against the Brumbies at Mt Smart Stadium.

With an illustrious career in Australia and now Moana Pasifika, Sekope is a pillar of the game and his heroic efforts so far this year has team-mates, including fellow veteran Christian Leali’ifano, marvelling at his contribution.

“I really love playing with Sekope. There’s no question as to why he has more than 100 Super Rugby games. He is an all-in guy, where what you see is what you get,” Leali’ifano says.

“He’s led this team fantastically, and all of us here at Moana are really proud of him.”

As well as his work ethic and leadership qualities, Sekope has been an amazing role model for younger players in the Moana Pasifika squad, qualities which have earned him praise from his coaches.

“The biggest thing he has brought to us coaching staff is his complete game and effort,” says Filo Tiatia.

“It truly is Sekope being Sekope. He knows what’s required at the highest level and he also has high standards that he wants to uphold on and off the field. He has been a massive help in mentoring our younger players.”

Looking to spoil the celebrations on Saturday will be the visiting Brumbies who currently sit at third place on the ladder so far. The Canberra-based side has been a powerhouse team all season long, with quality talent right across their squad.

One of their standout performers is Samoan playmaker Noah Lolesio. His decisive playing options and accurate goal kicking has made him one to watch this year.

Leali’ifano, who played for the Brumbies for the majority of his Super rugby career says he is proud to witness Lolesio’s growth over the years. Saturday night will see the veteran face off against Lolesio, who he had mentored in the earlier stages of his career.

“Just to see the growth of the kid has been impressive. It will be a challenge and I am looking forward to it,” Leali’ifano says.

“We have got a lot ahead of us this Saturday, but we can’t wait to show our style of playing”

In what has been a roller coaster season for Moana, the team is grateful for the year it’s had. Having only recorded one win this year – over the Hurricanes – Tiatia says a win on Saturday would be a good send off for the season.

“We’ve spoken about the challenge we have on Saturday, and how the Brumbies are a quality side. It’s a good opportunity to play one more time in front of our fans and families here at Mt Smart.”

Tomorrow night’s game will kick off at 7:05pm.