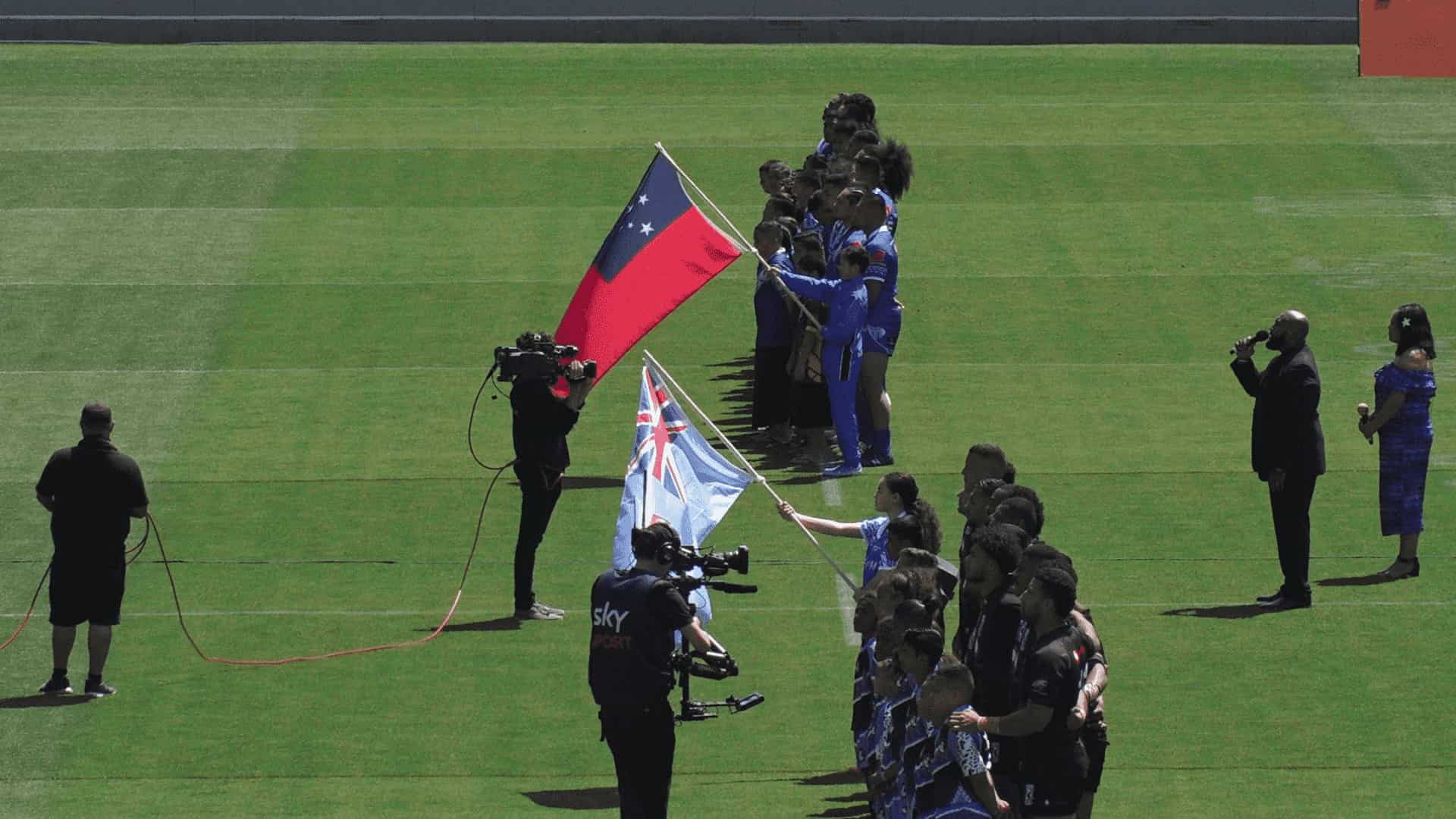 With the Cook Islands qualifying for the World Cup, Tongan victories over two Tier 1 nations, and Papua New Guinea sending the Lions packing 0-4, Tagata Pasifika’s Nayte Mataia-Davidson ponders the future of Rugby League in the Pacific in the lead up to the Rugby League World Cup 2021. 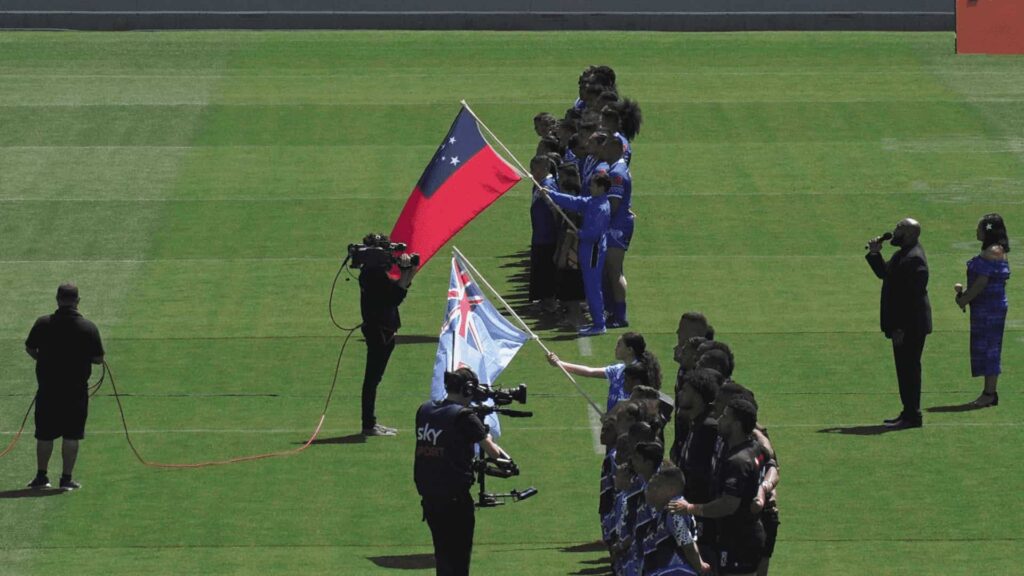 What becomes of the Tier 2 Nations?

With the Oceania Cup well and truly over, culminating in the Australian Kangaroos and Fiji Bati winning the cup and shield respectively, the real point of interest becomes the future of tiered rugby league in the southern hemisphere. Compounded by a lacklustre campaign by the Great Britain Lions, the post-NRL segment of the Oceania Cup made for spectacular viewing for Pasifika league fans the world over, particularly the impassioned Tongan community.

A re-imagining of the southern hemisphere’s test calendar, the Oceania Cup had done away with irregular fixtures and fruitless tests for Tier 2 nations, or at least, so we thought.

The framework for the tournament has become somewhat of a catalyst for the disparity between Tier 1 & 2, shining a light on a lack of fixtures for Pool B nations Papua New Guinea, Samoa, & Fiji against the top-tier talent of Pool A. The tournament sees Tier 1 teams duke it out for the Cup, whilst Tier 2 nations vie for the shield.

Samoa’s coach Matt Parish was visibly unimpressed after being trounced by Fiji at Eden Park, lamenting, “We did some right things but nowhere near enough.” However, much of his post-match chat centred on lack of fixtures and tangible development for Tier 2 nations.

“Unfortunately, we don’t have next week to fix it. We’ve got about six or seven months now,” says Parish.  “We should at least have the opportunity to play the same as New Zealand, Tonga, and Fiji.” A sentiment echoed by Fiji Bati coach Brandon Costin, who stated, “There’s a massive gap to bridge… We need more test matches.”

The Oceania Cup framework has become somewhat of a catalyst for the disparity between Tier 1 & 2, shining a light on a blatant lack of fixtures for Pool B nations Papua New Guinea, Samoa and Fiji against the top-tier talent of Pool A. “We need games. You can’t have New Zealand playing four games and us playing one. How is that fair?” says Parish. “How are we going to get players, how are we going to get money, how are we going to get sponsorship?” Valid statements and disgruntlement in the camps of two Pacific nations who have consistently placed in the top 10 of the RLIF rankings for the better part of a decade. So how did we get here, and where do we go?

The Shot heard across the world

To place things in perspective, a Pacific Invitational Triple Header was held at Campbelltown Stadium in Sydney on the 6th of May 2017, a match which typically coincides with the weekend of the ANZAC test between the Kangaroos and Kiwis. This Pacific fixture featured Papua New Guinea vs Cook Islands, Fiji Bati vs Mate Ma’a Tonga, all of whom curtain-raised for Toa Samoa vs England. 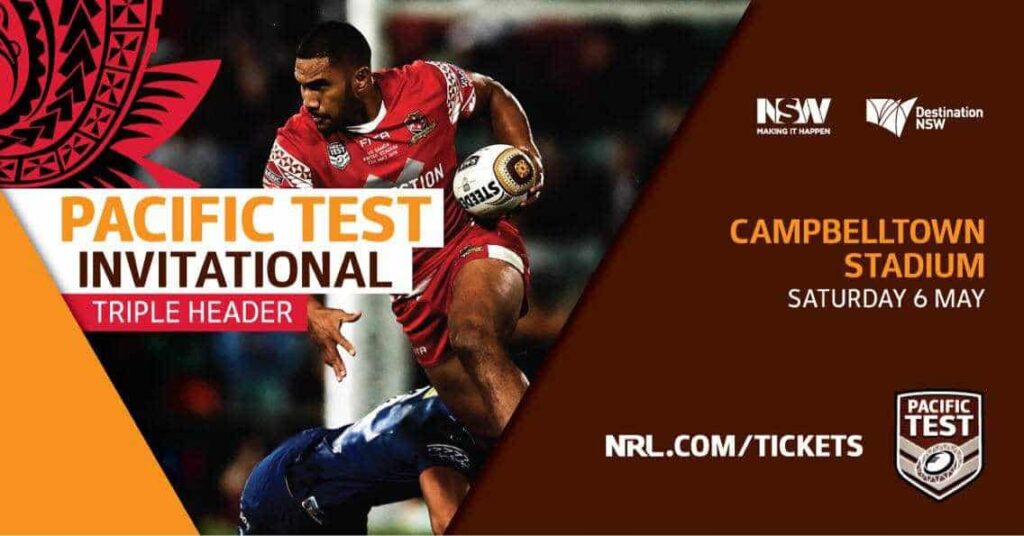 With the Cook Islands (#28) failing to qualify for the World Cup later that year, the remaining four Pacific teams of Papua New Guinea (#16), Tonga (#11), Fiji (#7), and Samoa (#5) carried competitive Tier 2 squads into what would be another status quo World Cup.

Cue one of the watershed moments in Rugby League history. Cue “The Switch”.

A commitment by multiple high-profile Tongan players across multiple NRL clubs to play for the second tiered Mate Ma’a Tonga over the Kiwis and Kangaroos. A list that included the likes of Kiwi incumbents David Fusitu’a, Jason Taumalolo, along with seven test Kangaroo Andrew Fifita, who had already been named in the Australian squad and made his decision hours before the group were due to muster.

Two years removed from “The Switch” and the plight of Tier 2 nations is still evident, despite the success of this particular cohort of Tongan players. World Cup pooling and progression aside, Samoa, Papua New Guinea and Fiji have had the same number of opportunities to take the field as Tonga, but have been pitted against either each other or their Tier 2 neighbour in Lebanon who due to infighting, struggle to make it out onto the pitch at all. 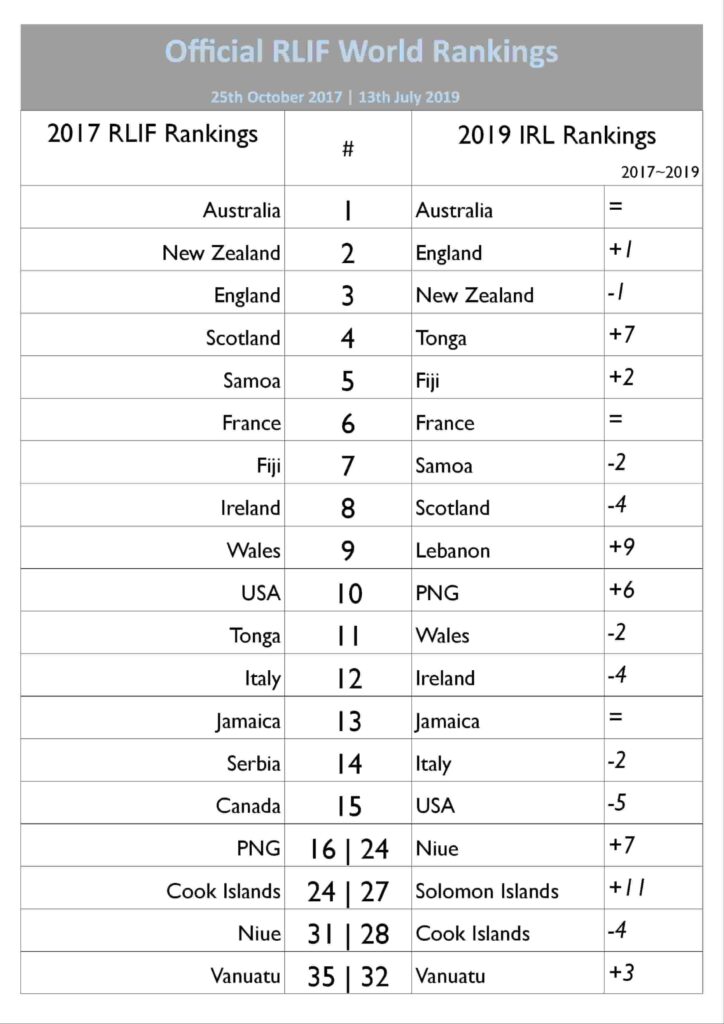 Since the beginning of the 2017 RLWC which culminated in a magical run to the semi-finals, Tonga has seen triple the amount of tests against Tier 1 teams than that of its Pacific counterparts. Having competed in a total of 10 Test matches, six against Tier 1 nations, and managing three key victories over each of the “Big Three”, Tonga are the blueprint for Tier 2 success.

The difficulty for the likes of Papua New Guinea, Samoa, and Fiji is attracting players to their respective camps either by clawing back selections from the Kangaroos or Kiwis like the Tongans did, or by developing grassroots Rugby League in Papua New Guinea, Samoa and Fiji, the latter being an option which Fiji has an astute awareness of. “I’m very fortunate that my job means I’m based in Fiji”, “we gotta create pathways in Fiji that give local players the opportunity to get into NRL systems” says Costin.

Being based in Fiji, Costin has seen developments in the game but insists that a more holistic approach is needed from the NRL to bridge the grassroots and professional stages, citing “NRL systems can build players way better than I can.”

Unlike Samoa and Fiji, Papua New Guinea is in a unique position in their Rugby League development, where they have benefited from competing in the Queensland Intrust Super Cup since 2014. Finals appearances in four of their first six seasons and a maiden Queensland Intrust Super Cup title in 2017 is proof enough of Papua New Guinea’s ability to build a team with winning pedigree and potential to be developed beyond their current status as a Tier 2 nation. The Papua New Guineans furthered their case with an upset of the Great Britain Lions, sending the British home packing with a 0-4 record on their southern hemisphere tour. 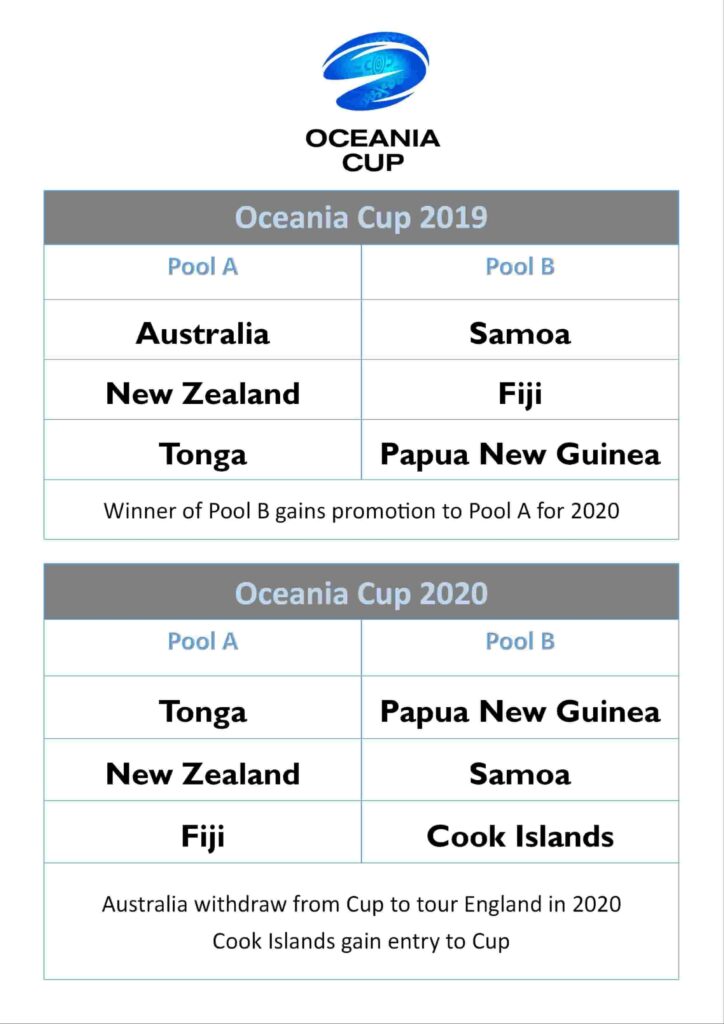 Samoa finds itself in an interesting predicament where they have a talented crop of Toa Samoa eligible players, with dual eligibility being a major barrier in their development as a rugby league nation. NRL superstars like Roger Tuivasa-Sheck, Ken Maumalo, & Jamayne Isaako are eligible for both nations, with only Maumalo and Isaako having played in the blue and white strip at some stage in their career.

Having been rocked by allegations of cultural ignorance and a disregard for player heritage, the Toa Samoa have plenty of housekeeping to do before the 2021 World Cup rolls around. The disenchantment of players with Matt Parish and board-level leadership could see a changing of the guard by the 2020 Oceania Cup, allowing at least one full campaign in 2020 before the World Cup in 2021.

Fiji are on a steady build towards the World Cup, labelling themselves ‘a World-Cup oriented’ team. With their victory over the Kiwis in the last World Cup, they look intent on either repeating that feat or claiming another Tier 1 scalp. Brandon Costin has said, “Our major objective, because we don’t get together too often, is to improve in every contest that we’re in… The ultimate goal is always what happens in the 2021 World Cup.”

The Papua New Guineans will be enjoying the spoils of war with their win over Great Britain, who can be mistaken for little more than a pseudo-England team. Their win over a star-studded Lions side will see them carry momentum into next year’s Oceania Cup, as they continue to breed athletes in the local Queensland competition.

Adding to this mix of Tier 2 talent is the newest entrant to the Oceania Cup, the Cook Islands. Comprised of NRL players and prospective first-grade talent, their recent win over the USA Tomahawks in Jacksonville means they will stage a return to the World Cup having last entered in 2013. Currently captained by Broncos veteran Alex Glenn, the team also gains entry into the Oceania Cup thanks to the omission of the Kangaroos, who have opted for a tour of England in 2020.

As far as trends in Rugby League go, the investment of time and resource into Pacific rugby league circles looks to pay huge dividends for the game. As of 2016, at least 48% of NRL players were of Pacific heritage, a statistic that justifies the progress we’ve seen so far. The onus is on all levels of the game, fans and governance alike to continue injecting some much needed, and frankly overdue, love in the Pacific game.