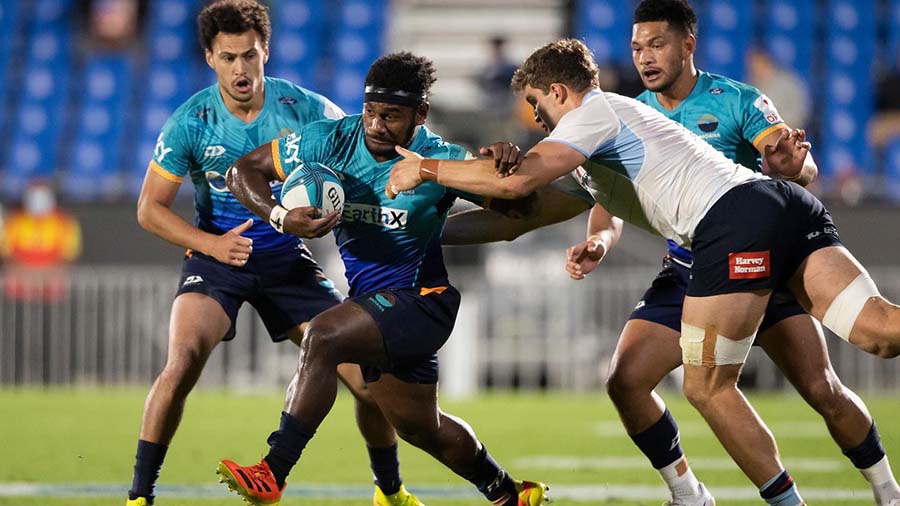 Both in their maiden seasons, Moana and Drua have both shown great rugby flair despite being riddled with postponements and off-field issues due to Covid. Both teams have one win each under their belts and Moana forwards coach Dale Macleod says the match has the makings of an epic annual Pacific clash.

“It’ll be special when it’s played, and more special every year it takes place,” MacLeod says.

“A lot of people will be watching with full hearts, when they see these two teams go out and play each other; and what has taken these two teams to be at this stage – truly a massive significance.”

With the season speeding by, it’s easy to forget that the two clubs have made history with their inclusion into Super Rugby. It has provided opportunities for many Pacific rugby players to experience a level of professionalism in this part of the world and and it’s also an ode to what Pacific rugby has done for the sport as a whole.

Timoci Tamatamanawai is one of those players. Born in Fiji, Timoci has been a standout star for Moana Pasifika this season on the wing. Although he will be facing a few of his close mates from Fijian Drua on Saturday, he is truly proud to be able to share the stage with his Fijian brothers.

Only making his first start for Moana mid-way through the season, Timoci made his mark straight away with his hard running and blockbusting line breaks. His hard work has earned him a couple of  MVP of the round nominations.

As monumental a game it promises to be, both Timoci and Macleod realise that they have their work cut out for them this weekend after their recent loss against the Waratahs. Leading in the first half and for most of the match, the Waratahs clawed their way back to win in yet another ‘win-gone-begging’ for Moana.

“Probably just having patience in key areas of the field. We probably put ourselves in good positions at times, but then lost it straight away. Big patience will be a big work for us for the weekend.” Macleod highlighted.

For Timoci, he’s looking to improve on being more physical on defence especially up against a strong side like the Drua. Physicality has been a common factor for both teams with their devastating tackles during the season.

In a historic game for Pacific rugby, MacLeod summed it up perfectly.

“It is a special occasion, and both teams will be playing their hearts out for the people.”