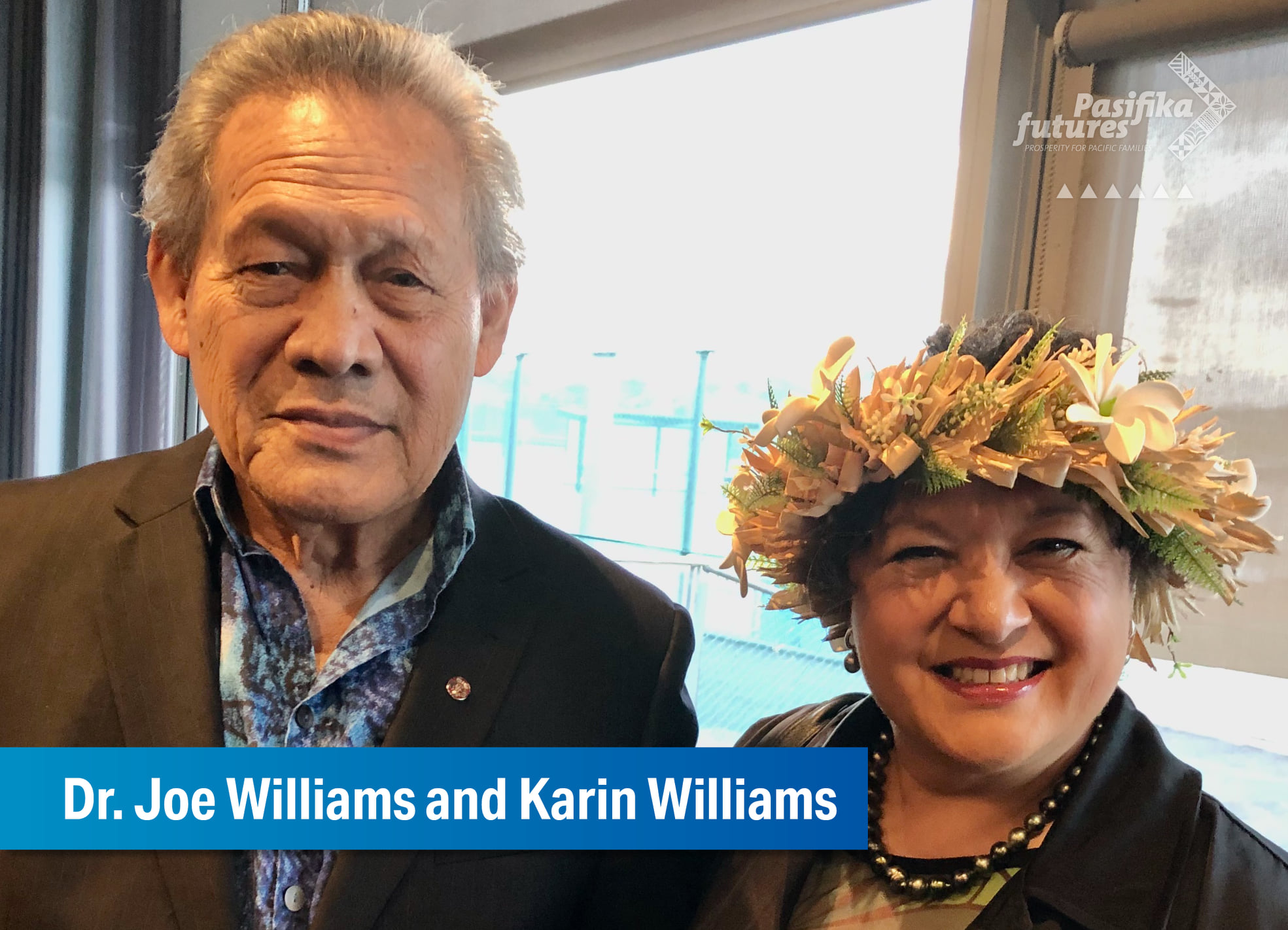 But for his daughter Karin, his most important role was that of a father to his four children and a loving grandfather to his seven grandchildren.

“Dad was one of those public figures who always had time for his family.  He was very much a family man first and foremost.

He made sure he spent a lot of time with us all individually and we all have great memories together.  Even his grandchildren adored him. They would always sit on his knee, cuddling him, walking around with him and falling asleep on him. He made them feel safe.

Dad would always say that family was the most important thing in life and that was one Pacific value that he took seriously.”

From her father, Karin learned the importance of leadership and service.

“I’ve taken a lesson from dad that if our community calls upon us then we need to step up.”

Dr Williams passed away in September after he contracted Covid-19. Karin says it was extremely difficult for the family, as he was hospitalised during Alert Level 3 lockdown restrictions and his wife, Jill, was the only family member who was allowed to be by his side during his last days.

His funeral was held during Alert Level 2 restrictions so only 50 of his close family and friends were able to attend.

Despite the circumstances, Karin says that her father respected the restrictions and was heavily involved with the Covid-19 relief response during the first lockdown period in March.

“Working closely with the PMA, my father helped them to get the message out there to the Pacific community while continuing to have phone consultations with his many patients at his Mt Wellington Integrated Healthcare clinic in Auckland.

He was more conscious than most people about taking precautions. It goes to show how dangerous this disease is, if someone like my father wasn’t safe from it. We still need to be vigilant.”

Karin is pleased that the Pacific and wider community will have their chance to honour and farewell her father at a memorial service to be held next Thursday 29 October at the Vodafone Events Centre in Auckland.

“My father had a personal relationship with many people – to his patients, his colleagues and various generations of medical staff and doctors.

The memorial will be an opportunity for everyone to express their love for dad and talk about what he meant in their lives.”

The public memorial service will be held next Thursday 29th October 2020 at the Vodafone Events Centre, Manukau, Auckland. The service will start at 2pm and full programme details including RSVP can be found by clicking here.