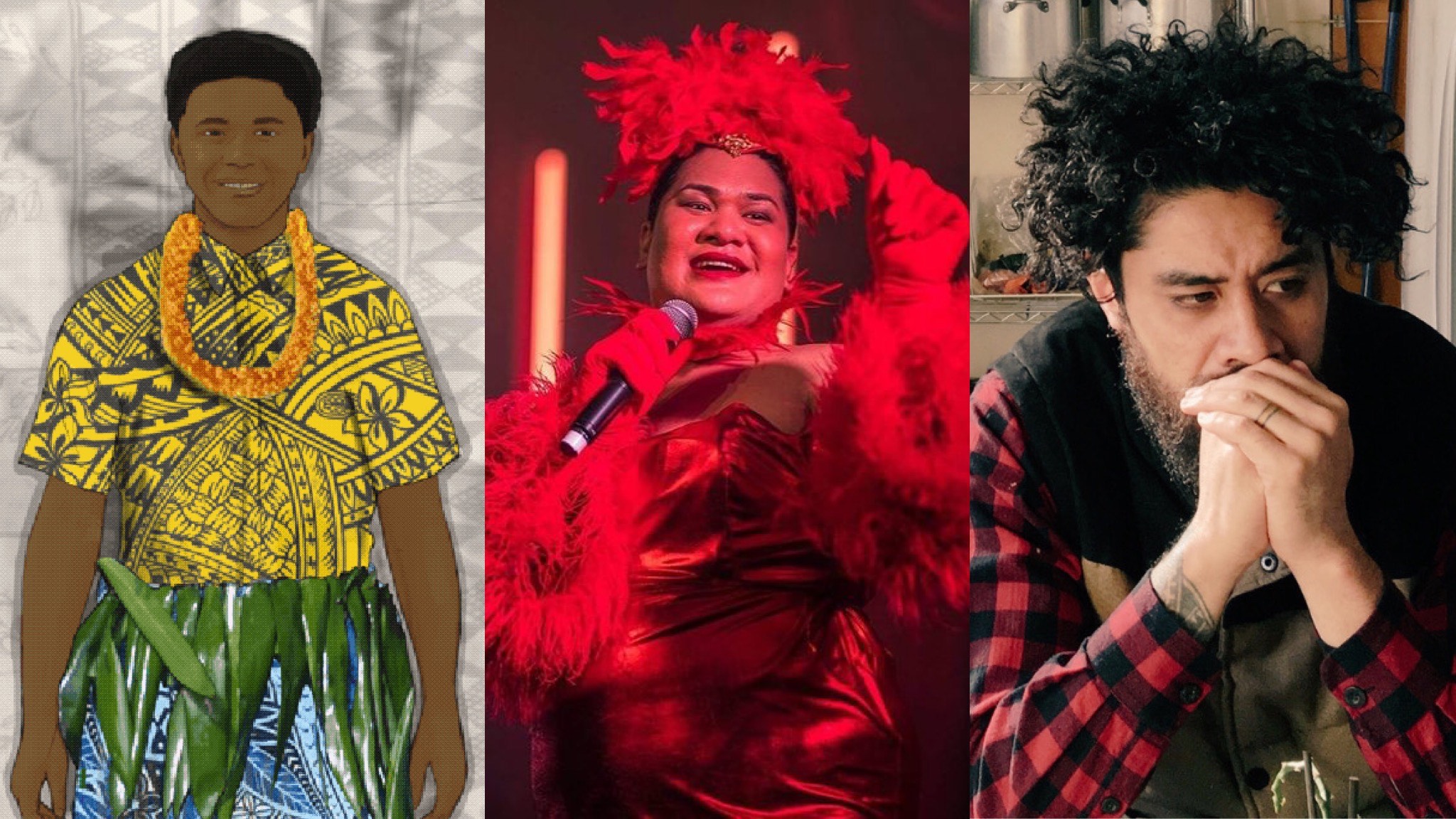 Boosted X Moana is back for another year. The crowdfunding campaign has seen many Pasifika creatives launch their projects through the help of public donations.

Last year’s campaign champion Jonathan Lemalu felt “a really cool vibe about being involved, because how cool is it that this Boosted X Moana is just for Pasifika people?” he enthused.

“I can affect the legacy of  someone else by saying, ‘Come on guys, let’s get in and get some money to these people.’”

From digital designers and musicians to actors and choreographers, this year’s Boosted X Moana boasts a list of highly talented Pasifika creatives.

Actors Shadon Meredith and Amelia-Jane Meredith have joined the fray as Sos and Sha Creative, putting their theatre piece Waiting up for Boosted consideration.

Written and performed by Shadon, Waiting is wonderful letter to his son, a performance full of poetry, vulnerability and soul.

Through Boosted X Moana, Meredith is looking to take his one-man show on tour to his home of Wellington for a season at BATS Theatre.

“We are not going to let COVID stop us sharing our story and connecting with new audiences. We are charging ahead and planning a season as soon as we can get down there.”

Niuean music producer and digital artist Jeffery Poimamao Kalauta, aka J.3PK, is aiming to fund his musical project Gazing from the Vaka.

J.3PK visited Niue for the first time six years ago, and it was through this trip that his sense of Niuean culture and identity sprung forth.

“The act of going home was important, if only because the ‘doing’ and ‘being’ part authenticated through a lived experience rather than what I had before only ‘thought about’ or ‘imagined’.”

Through Boosted X Moana, J.3PK aims to release a series of Pasifika hip-hop tracks, together with digital new media to support its release online.

J.3PK says these tracks will “capture and express the experience of longing for reconnection to my ancestral homeland, Niue.”

With a successful sell-out season at Auckland’s 2021 Live Cabaret Festival, performing arts collective Fine Fatale are aiming to take their show FEVER: Return of the Ula on a national tour.

Made up of some Aotearoa’s most dynamic and talented Trans and Queer creatives, Fine Fatale has long been a collective which showcases Pasifika and Māori Trans and Queer MVPFAFF artists.

FEVER is a “cultural reset that centres queer indigenous bodies. It’s a reclamation of power through our history, ‘her’story and ‘their’story, fulfilling our ancestors’ wildest dreams and beautiful nightmares.”

“To some, this show will be an education, a history lesson, a cute night out with the girls, a kiki, a date night, a laugh. But for girls like us, this is more than that. It’s a reminder, a reference, a reclamation. It’s healing.”

The South Siders Collective is an exciting group of multi-disciplinary creatives aiming to host The Creators Plug, an event to uplift South Auckland artists.

The Creators Plug will play host to a number of activations and showcases including fashion runways, street dance battles, open mics and much more.

“This event was originally created as a way to give back to our community of artistic entrepreneurs who were all greatly impacted by Covid-19. It consisted of multiple creative activations and was brought to life by many passionate artists.”

“We believe this event will help provide the opportunity for all artists in South Auckland to be part of an amazing experience that can generate income, build professional portfolios, allow space and time for creating connections with other creatives, and uplift the overall wellbeing of everyone involved.”

The Boosted X Moana campaign will end on November 4th, and while a number of projects have already reached their targets, there’s still a few more Pasifika creatives who need help. Click here to see the full list of the campaign’s creatives.