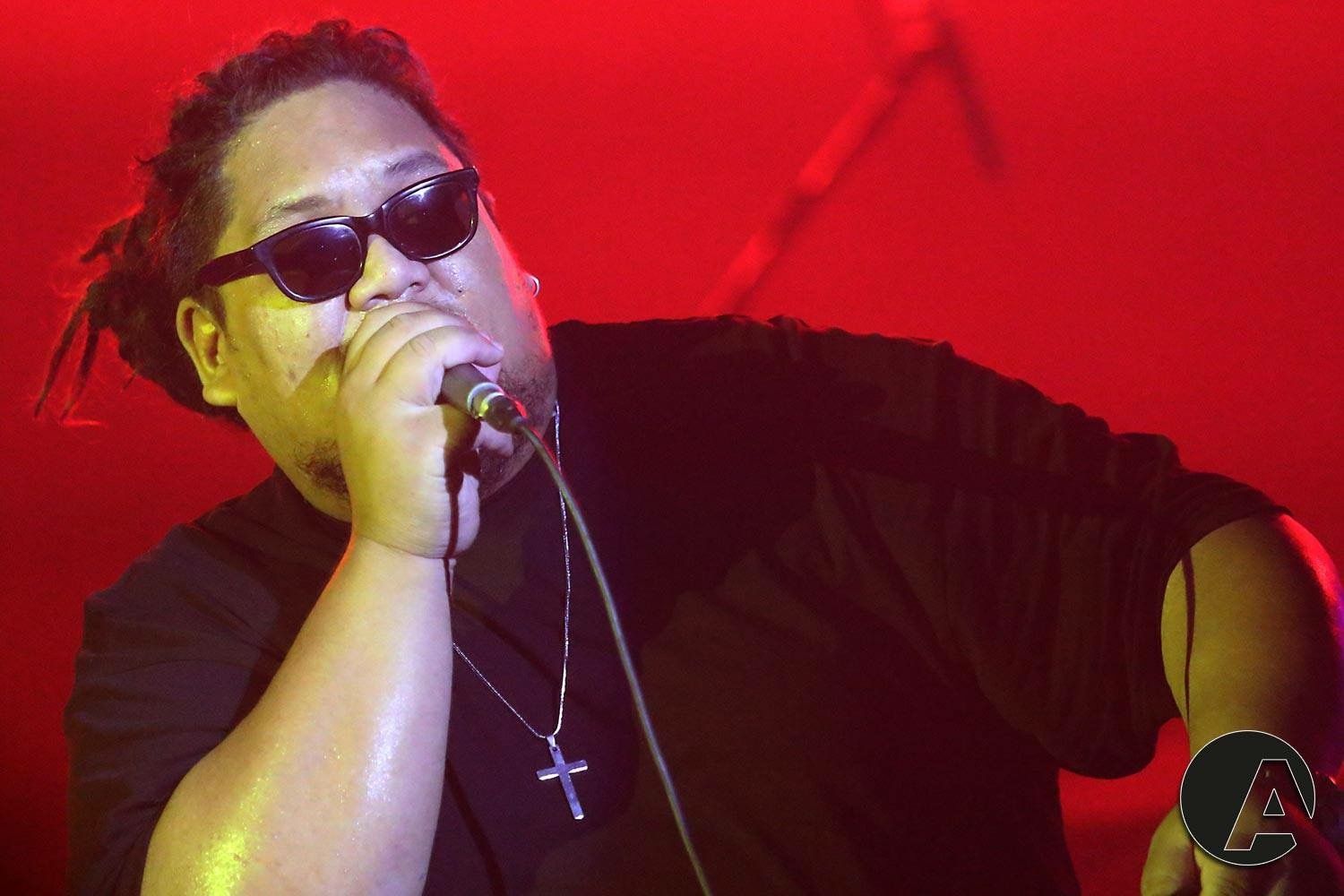 Prolific ‘Polynesian Reggae’ artist Lomez Brown has been a staple in the NZ music scene for the better part of a decade. With the release of his first major project, ‘The Feels & Groove EP’, Lomez is utilising his soulful take on the reggae genre to deliver the ultimate laid-back and relaxing vibes. We spoke to Lomez on the release of his new EP.

Seven years on from your first foray into the music scene in 2013, how has the journey been so far?

I started off a young kid jamming music at church with some brothers. Then we made a reggae band. Playing in an originals reggae band for 5 years as the front man really pushes you to overcome a lot. I had no idea what I was doing and no plan but just to try make dope music.
There weren’t many people around me whom could help me so I had to learn to produce, record, write, as well as promote my music on my own.

In 2016, “Sweet Lover” was released which gave my music career a real boost as it became a hit with people. Bigger promoters such as Raggamuffin and One Love – Pato Entertainment began to give me opportunities. I toured in the Pacific, USA, and Australia. It was around this time I began to get acknowledged by heavy hitters in the game as well.

The journey has been long and hard. But such a blessing as well. I’ve learnt so much and have so much more to give.

You’re about to release your latest project, ‘The Feels & Groove EP’. What was different about the creative process for this EP compared to your previous work?

In the beginning stages I had no plan really. So for a long time I was just riding the wave as far as it will go. But now I have a planned and strategic approach to music. This EP is a step in that plan. This is the difference from my previous works.

‘The Feels & Groove EP’ represents myself as a producer, writer and artist. It has been seven years but I almost feel like this body of work is my debut statement or introduction into the music industry. My name is Lomez Brown. I make dope music. I am Polynesian and Māori and I am proud to represent.

9 days till the drop! Pre order and presave on iTunes or Spotify now! The new ep “the feels & Groove ep” reggae music. Hit the link here or in the bio:
www.lomezbrownmusic.com
#G2TMH #LBM

You’ve always approached reggae with a more soulful take than most – how do you continue to build on your own sound beyond the soul and roots?

I think artists have a responsibility to their audiences. It’s important for me to evolve musically but also to retain integrity to who I am and my music as a whole. I’m always open-minded and always looking for new ideas.

One of the most effective ways that’s helped the music to grow and progress is working with other producers and musicians etc. Everyone has their own flavours and approach to music. It’s like giving my ingredients to another chef and seeing what they cook.

What are you the most excited about leading up to the release of the EP? Is there a track that you poured a little more blood, sweat and tears over than the others?

I’m excited because it’s been such a big goal for me to do so, it took a lot of time, money and effort to get to this point.

The song “Tell Me” has to be the track which sets the bar for me in terms of the amount of effort we put into it. Ricco Tali , saxophonist, as well as Kolo Hansen from Ardijah played on the record.
Willy Fehoko from Fejoint Productions helped produce the track, while mixing went to pro reggae engineer Gabriel Callcot in the South Island. Then it was mastered by top mastering engineer Chris Chetland at KOG studios.

My best vocal performance so far in my opinion. The single reached over 1.5 million views in 2 months via YouTube and has gained recognition in the UK.

It’s always great to collaborate with friends, and you are joined on the EP by two of your fellow Runtingz brethren in RaggaDat Cris and Lion Rezz. Tell us how those collaborations came about?

Man I truly love those guys, they’re my brethren for life. Lion with so much passion and hype behind his journey it’s a no brainer not to collab with such a powerhouse artist.
RaggaDat Chris is such a dope unique artist on his own, I really wanted him to be a part of this music just because he’s so deserving and dope!

They actually both make me really, really cool so yeah, had to get the brothers on. We going to be making music together forever I think.

You’re an independent artist under your own label ‘LBM Limited’, plus you wrote, recorded, and produced all six tracks on the EP. It’s a lot of work for one person. What are some of the growths you’ve seen in yourself when it comes to managing oneself in the music industry?

It’s a lot of balancing time, organising and prioritising, which I’m terrible at, but you got to get it done! That’s the hustle of this game. I’ve grown in these skills because I needed too. I have also had some solid advice and support from others willing to share. Once you find a formula that works, stick to it and get things done.

The vision for ‘LBM limited’ is for me to eventually be in a position to be able to invest my time and effort into the next wave of artists who come to the table. I think I’ll need to take some sort of business organisation course so I’m prepared for that stage of the journey. It’s definitely a goal to give back the blessings which have been put upon me.

Who are your biggest musical influences both here and abroad?

Close to home inspirations! Katchafire, Adeaze, Aaradhna, Che Fu are all the OGs of my childhood! Down to FIJI and Nesian Mystik, the brothers of course! All of these people and groups showed me that we are unique and that Polynesians can make a life in the music industry.

My abroad musical influences: Michael Jackson, Elvis Presley, and Bob Marley. All three of these men were poets, storytellers and all true artists. Their music will live forever.

Other influences of mine include Sam Cooke, the Temptations, Eddie Lovett, Gregory Issacs, and present day Jamaican reggae artist Chronixx

The lead track from this EP is ‘Lovin’ You’ ft. RaggaDat Cris, which managed to garner some momentum and airplay on debut.
How hard/easy is it as an independent artist to get your projects over the line with stations and streaming services?

In terms of streaming services it’s pretty straight forward, but you firstly need to have the info on how to go about it. And sometimes even getting to that point is a struggle for some.

To be recognised and given air time on radio varies with different stations. Traditionally, each station has a flavour of content in which they prefer to air so it’s good to understand that and know what music to pitch to what station etc.

This is when the music becomes business, so most radio stations have a process in which everyone needs to follow. It might not seem fair or agreed with, but it is what it is.

It’s kind of like a video game. In this industry there are many gates. Each gate requires a set of keys if you want entry into the gate. Find and collect the keys and you shall enter!

Staying on the topic of ‘Lovin’ You’, you released the track with a great homegrown music video. How was it shooting the visual accompaniment to this particular track?

The video was done in Perth while I was there for a show with RaggaDat Cris. So he organised everything and made it happen.

I was blown away because yea it was my first clip. It showed me how grateful Chris was to be part of the song, and gave me an opportunity to experience making a video clip. I found myself becoming a director during the film.

For me it was just like telling as story, but just using people and a camera instead of writing it or singing it. Now I’ve got another clip almost done and soon to drop and have been recently granted funding for the next one. So we rolling hard and fast.

After multiple performances on the roots and reggae festival circuits both here and abroad, what is the next musical goal for Lomez Brown?

Hawaii and the USA. I know my music is there already but there is so much more potential for me to work on building my fan base out there.

This is the music business and now as a full-time musician I often have to think business wise as well. We got dreams and aspire to build our families houses man so that’s the ultimate goal.